MOMOLAND’s JooE shared how she deals with malicious comments.

JooE expressed confidence in the challenge by saying, “I’ve lived my life by being observant for 20 years.” She also announced that she would have a dance time every time she correctly answered a question.

She revealed with a laugh, “I cried out of shock the first time I heard ‘BBoom BBoom.’ It wasn’t this kind of song during the guide.” She also shared, “I filmed a cosmetics ad. When I tried to act pretty, they said, ‘JooE, that’s not it. Do what you’re good at.'”

Speaking about her struggles to become a singer, JooE explained, “I auditioned for 40 to 50 agencies, but they didn’t choose me. My home is in Yangpyeong County in Gyeonggi Province, so I learned to dance through videos. During my first year of middle school, I learned to dance by going to an academy in Seoul that was a four-hour bus ride back and forth.” 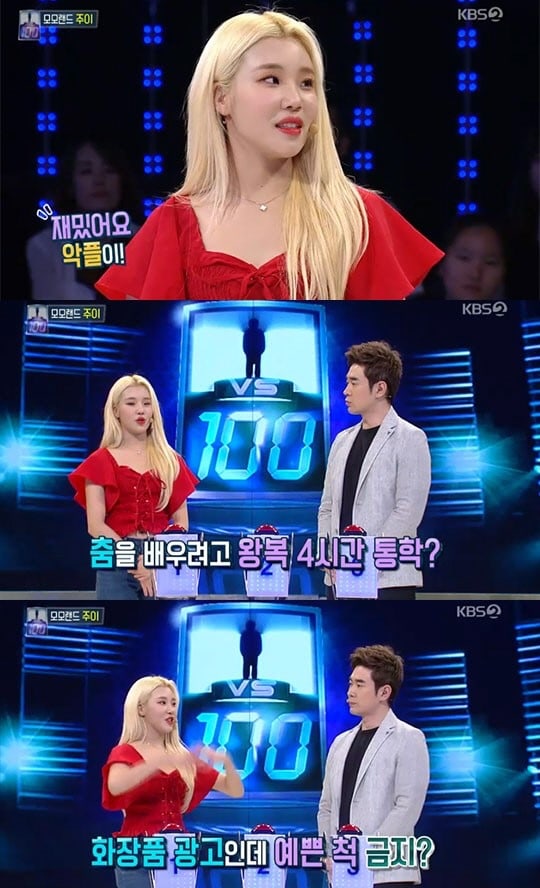 JooE reached level six of the quiz program before getting eliminated and walked away with 1.8 million won (approximately $1,582) in prize money.

MOMOLAND
1 vs. 100
JooE
How does this article make you feel?