tvN’s “Memories of the Alhambra” has unveiled its very first stills of star Park Shin Hye in character!

“Memories of the Alhambra” is a “suspense-romance” drama about the love story between Yoo Jin Woo, a brilliant investment firm CEO who travels to Spain on business and ends up staying an old hostel in Granada (played by Hyun Bin), and Jung Hee Joo, the owner of the hostel (played by Park Shin Hye).

Although Jung Hee Joo initially arrived in Spain hoping to pursue her dream of becoming an accomplished classical guitarist, her parents unexpectedly passed away while she was studying abroad in Granada. Forced to become the head of her household, Jung Hee Joo abandoned her dreams and began working tirelessly to support her family.

On October 24, the upcoming drama revealed its first glimpse of Park Shin Hye in her starring role. One of the newly released photos shows Jung Hee Joo looking tired from running an old hostel in a narrow alley of Granada, while another features the character working as a tour guide, cheerfully greeting tourists with a bright smile.

The producers of “Memories of the Alhambra” commented, “[Jung Hee Joo’s] charm is that even though she is shouldering the responsibility of supporting her family by running a hostel in a foreign country and working a variety of jobs, she still has more of a sentimental personality, rather than a calculating one. The synchronization between Park Shin Hye and the character is beyond anything we imagined.”

They went on, “Please show a lot of interest and love for the charmingly bubbly and lovable character of Jung Hee Joo, who always works her hardest in the drama. Park Shin Hye has made the character her own.” 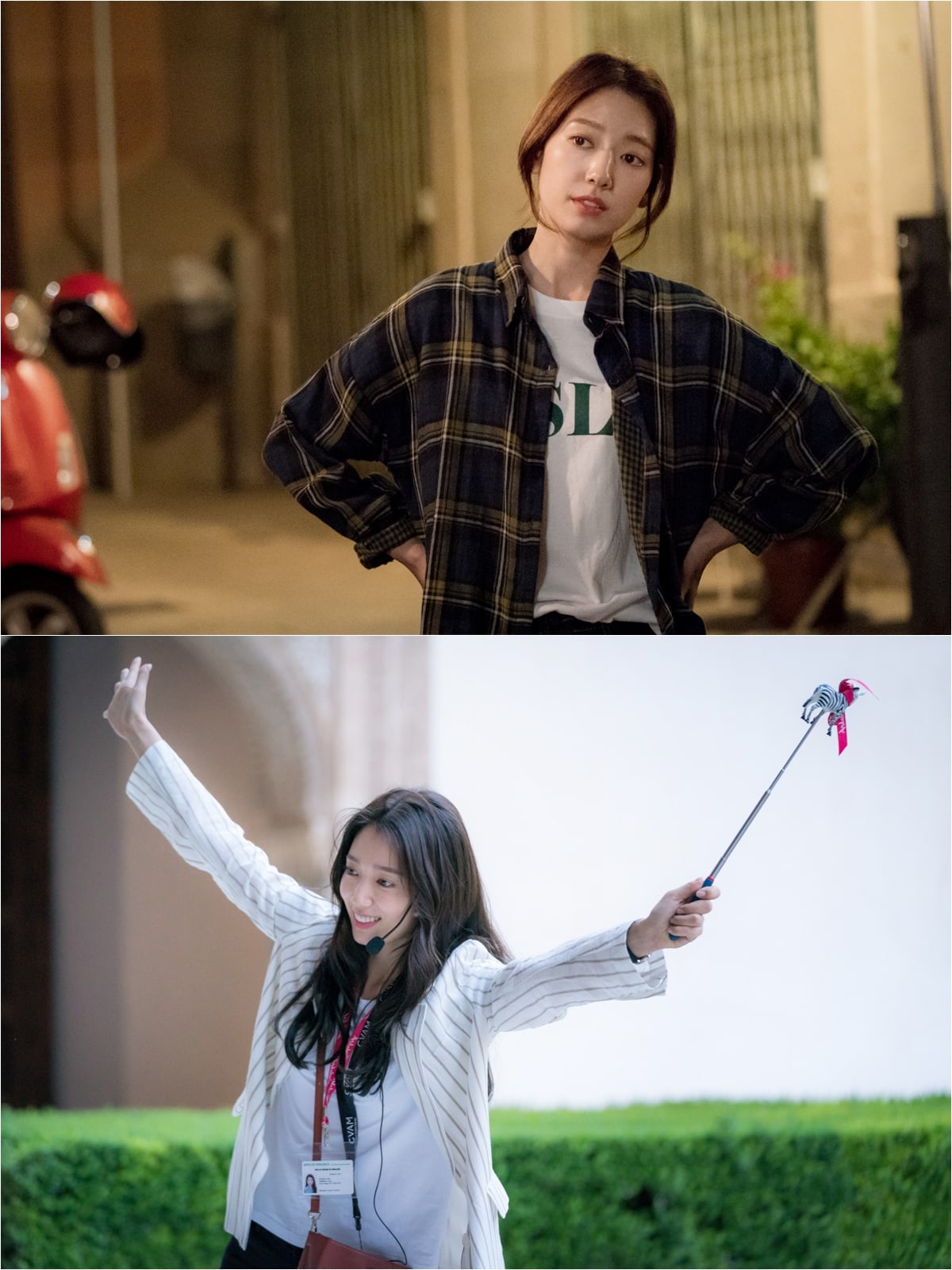 “Memories of the Alhambra” is currently scheduled to premiere in December.

In the meantime, check out footage from the drama’s first script reading here!

Park Shin Hye
Memories of the Alhambra
How does this article make you feel?