Golden Child Comments On Grown-Up Image And Promoting At Same Time As EXO, TWICE, And More

Golden Child shared their thoughts on their newest release and hopes for their comeback.

On October 24, Golden Child held a showcase for their third mini album “Wish” and performed their title track “Genie” live for the first time.

The group said that they hope to fulfill the wishes of others, fitting with their title track “Genie.” Stating their comeback goals, they said, “We want to safely complete our promotions and be healthy until our promotions are done. It’s also our wish to get No. 1 on a music program.”

As for their No. 1 promises, Golden Child talked about how they might try wearing costumes and transforming into characters.

Seungmin said, “I did talk about it once with the members. In the choreography, there’s a part where I jump by myself. It’s where I appear as a genie. If we get No. 1, I’ll dress up as a genie for the encore stage.”

Bomin suggested, “I hope we can eat a meal with the agency employees who love and help Golden Child. If we get No. 1, I want us to eat beef together since we’ve all worked hard together.” 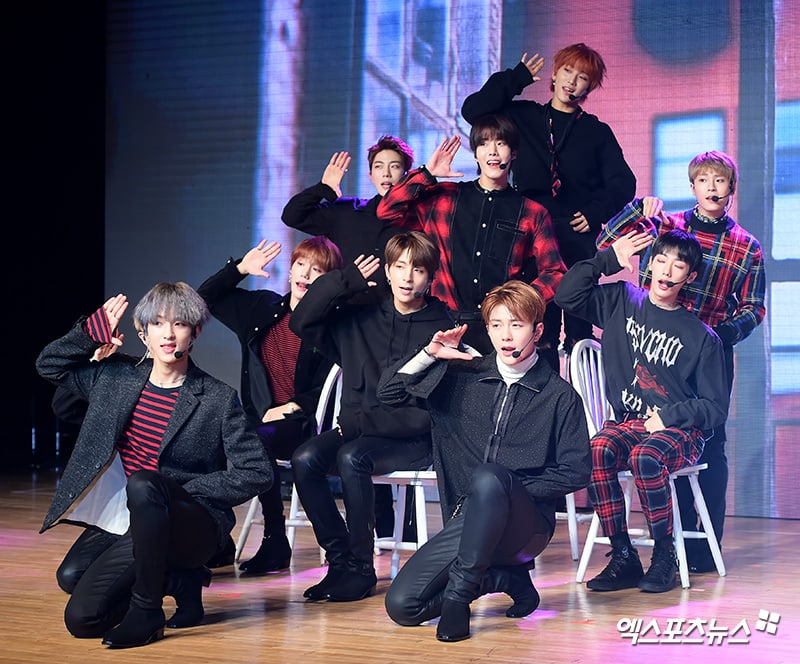 Golden Child also talked about their hopes of performing on a bigger stage. “We think we should expand abroad,” said the group. “All the members of Golden Child are working really hard to study foreign languages. Our performances, singing, and dancing are perfect.”

About their new mini album, Golden Child explained, “We think that Golden Child’s identity and musical color became clearer. We think that it’s important not to be confined musically and to be known to the public through various kinds of music.”

They also touched on their growth not only as musicians but also from boys to young men. “In the past, we released songs with the refreshing image of boys,” explained Golden Child. “For this title track, I think we conveyed more images of young men. We always smiled brightly in our album jacket photos, but I think we showed a 1.5 stage [of growth] since we showed more sentimental and strong images. Also, our youngest member Bomin becomes a legal adult next year.”

Golden Child’s promotions will coincide with the comeback promotions of groups such as EXO, TWICE, and Wanna One. When asked about this, they said, “It’s an honor to be promoting with seniors who are outstanding and whom we respect.”

Golden Child
XPN
How does this article make you feel?