Lee Hyun On How His Relationships With BTS’s Jin, Jimin, And RM Are Different

On the October 24 broadcast of MBC’s “Radio Star,” Lee Hyun talked about his label mates BTS.

Lee Hyun said, “The members I can say I’m close to are Jimin and Jin. Jimin is a lot like me. After he sings, he blames himself a lot, wondering why he wasn’t born with a natural talent for it. He’s always watching himself in videos and working hard to improve.” 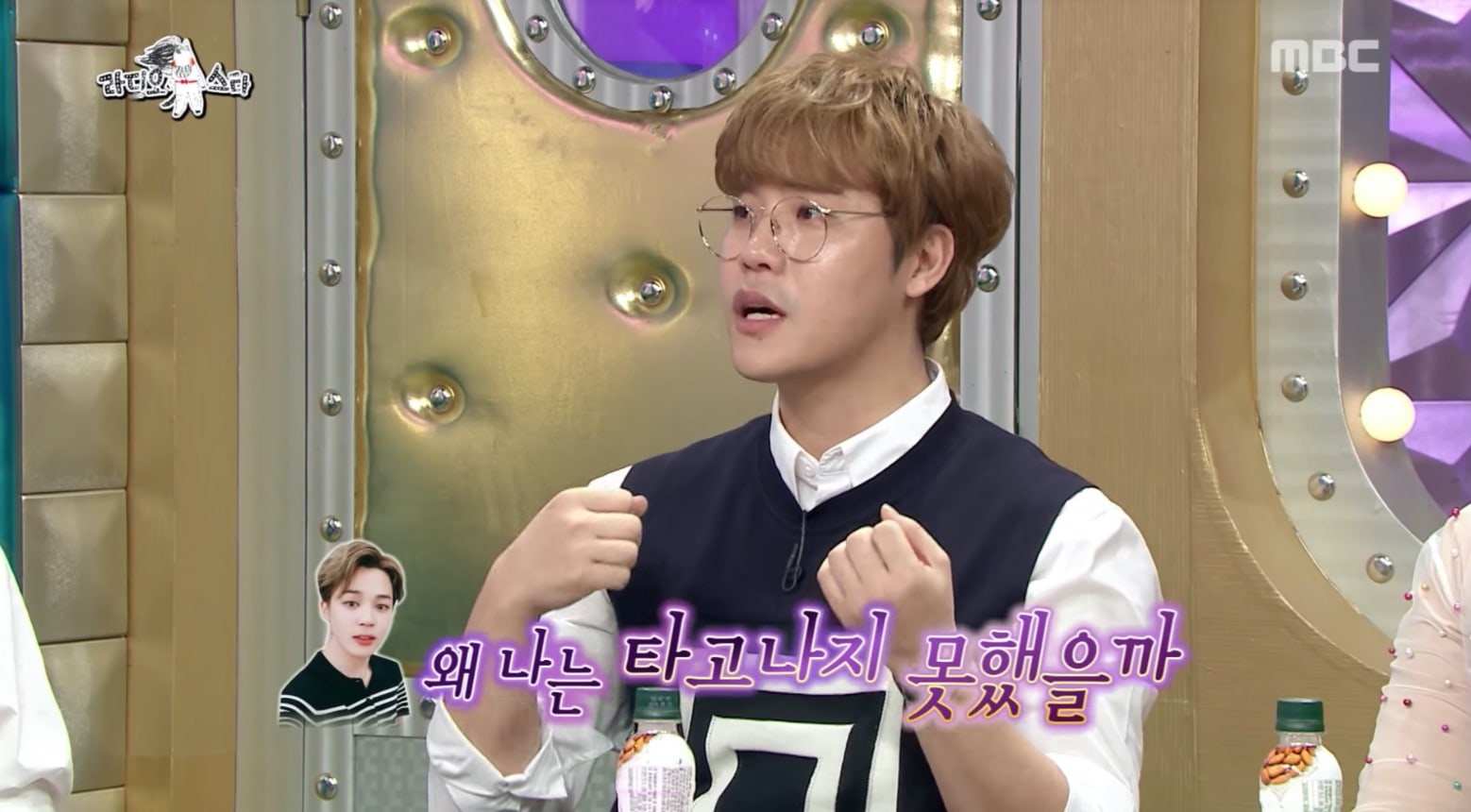 The MCs mentioned a recent statement he made, in which he said it’s an honor even to be teased by BTS’s Jin. Lee Hyun said, “Of course,” and went one further, saying, “Even breathing the same air is an honor.”

Kim Gura said that sometimes it can be difficult navigating how to treat someone when they’ve become so much more famous than you, but are also younger than you, per Korean social hierarchy. Lee Hyun agreed that it can be difficult, but said that he and BTS are just like friends. “When Jin comes by,” said Lee Hyun, “he’ll take my phone and take a selfie with it. Giving it back, he’ll say, ‘Look at it when you need a pick-me-up.'” 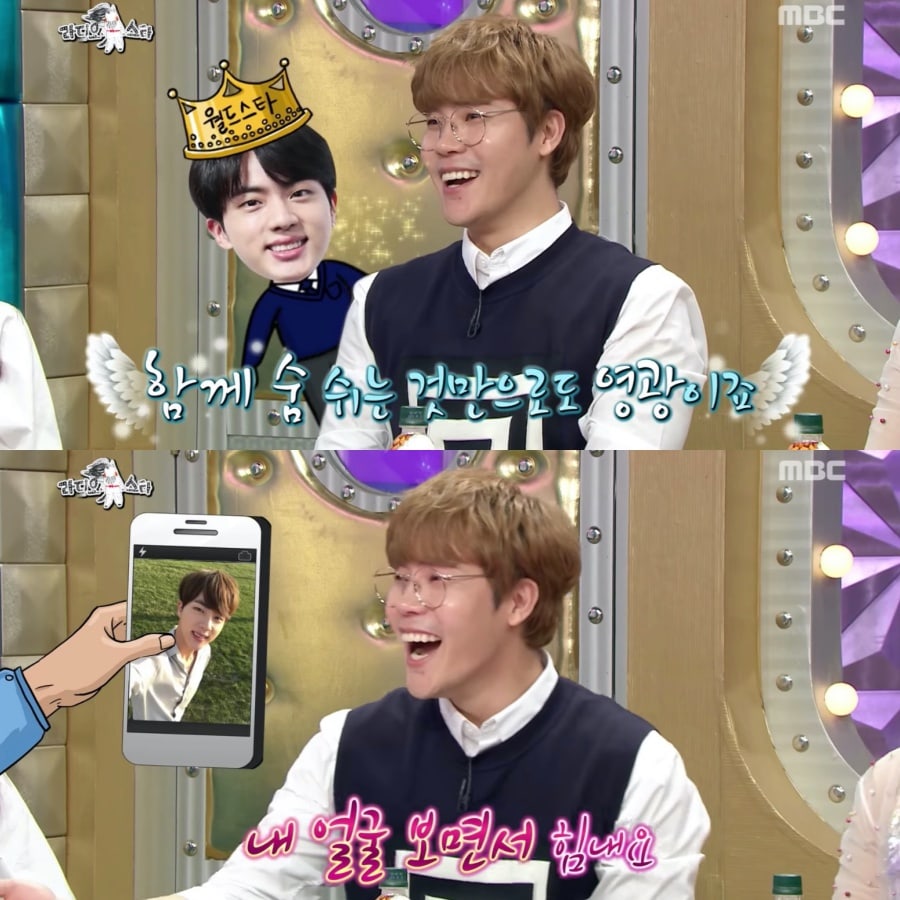 Telling the story about when he first experienced this playful side of Jin, Lee Hyun said, “BTS came for a recording, and the other members were extremely tired, as they had just come back after finishing their schedule for the day. But Jin came up to me and said, ‘Hyung, how does it feel? To be recording with world stars?’ It’s actually more comfortable [if they joke like that]. He’ll say things like, Hyung, how does it feel? To look at a handsome face?’ Jin is really good at saying things like that in a way that’s not off-putting.”

RM, on the other hand, is a bit harder to joke around with, said Lee Hyun. “He’s charismatic, and he’s incredibly smart. So if I try to joke around with him, I’m afraid I’ll just feel small.” The MCs teased him and — referring to a story that Kim Gura told earlier about someone younger than him suddenly calling and cursing at him — jokingly said he should do the same at RM as a senior to break the ice. “Say I were to do that, RM would probably just say ‘Okay, hyung,’ and go on his way,” said Lee Hyun. 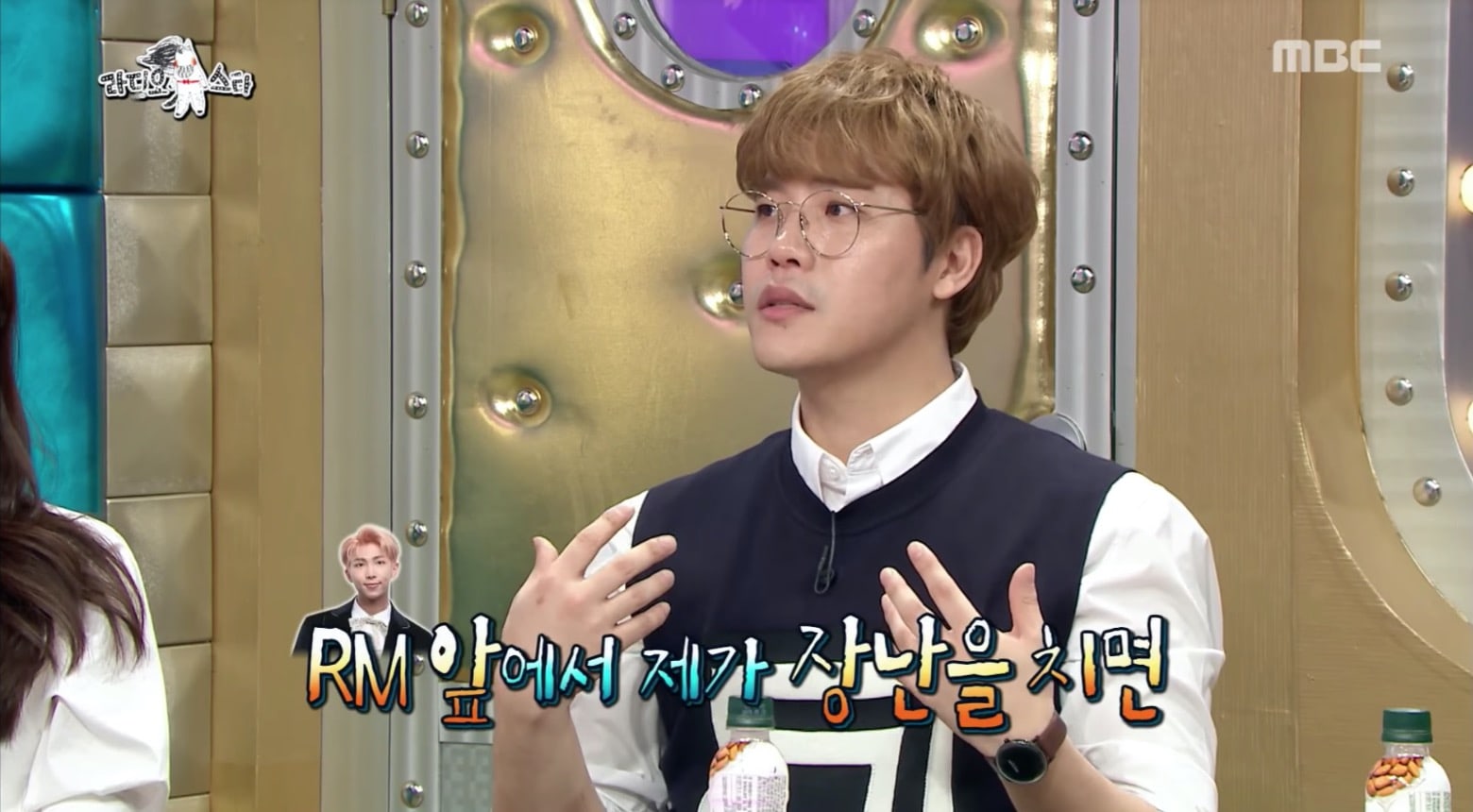 BTS
Lee Hyun
How does this article make you feel?