5 Relatable Quotes By Chae Soo Bin From “Where Stars Land”

“Where Stars Land” has been maintaining its No. 1 spot for viewership ratings with its entertaining story line and unique characters.

The SBS drama is about the everyday lives of employees at Incheon Airport and stars Chae Soo Bin as hard-working employee Han Yeo Reum and Lee Je Hoon as the mysterious Lee Soo Yeon.

Here are five quotes by Chae Soo Bin the viewers can empathize with:

1. “Whatever happens, if we don’t make an effort, nothing will happen!”

In the second episode of “Where Stars Land,” Chae Soo Bin found a gold bar in an airport trash can and reported it to her superior Ahn Sang Woo, showing her obsession with being recognized by her superiors. Afterwards, she told Lee Je Hoon, “We need to raise the number of things that come up and be praised and recognized. Whatever happens, if we don’t make an effort, nothing will happen!” When Lee Je Hoon asked why they must go so far, Chae Soo Bin replied, “If you don’t do that, nobody knows, and you will just end up being treated as that person.” The quote expressed her desperate desire to escape from an accident-prone life and marked the emergence of her unique character.

2. “It’s true that I do provide service, but I do not serve my personality.”

During episode five, Chae Soo Bin had been slapped in the restroom by a snobby daughter of a congressman who had been held at customs. She boldly told the woman, “Please apologize for what happened in the bathroom. I do provide you with kind service for your convenience, but I don’t serve my personality. You were wrong in the bathroom earlier. Please apologize!” Her brave act even impressed Kim Ji Soo (Yang Seo Kyun), the head of the passenger service team.

3. “The person who has to always answer…It hurts every time.”

Through the “cup ramen incident” in the office pantry, Lee Je Hoon opened up to Chae Soo Bin and confessed that he doesn’t feel pain in his right arm. However, even after his shocking remarks, she treated him as usual, and he asked, “Why don’t you ask me anything? You must be curious about my hand.” To that, Chae Soo Bin maturely responded, “You must have answered the question several thousand times already. People just ask once in passing curiosity, but for someone who has to answer every time…it hurts every time.”

4. “Three collar grabs, seven crude curses, two spinning kicks…They did all of that.”

Tattooed gangsters who run an illegal car rental business came to the T2 (Terminal 2 at Incheon Airport) office and laid down on the floor, demanding the workers to release their parking service. Chae Soo Bin entered at that moment, brightly greeted them, then mentioned the “human bomb” incident to Ahn Sang Woo, saying, “Three collar grabs, seven crude curses, two spinning kicks. These people did all of them.” The gang also commented, “She was no joke! She was a huge hit on our side,” adding a pleasant twist to the situation.

5. “You can get hurt just by people looking at you…You don’t know that, do you, Lee Soo Yeon?”

Chae Soo Bin, who stayed overnight at Lee Je Hoon’s house due to her twisted schedule, came across Lee Soo Kyung (who plays Na Young Ju) in front of the house early in the morning and was placed in a difficult situation. Chae Soo Bin quickly called Lee Je Hoon over and pleaded with him not to start any rumors, saying, “You can get hurt just by people looking at you… You don’t know that, do you, Lee Soo Yeon?” causing him to quietly empathize with her words. Then she said, “I’ve been living with that kind of family history for a while. I don’t want to look like that at work,” which gives hints of a hidden heartbreak behind her smiling face. 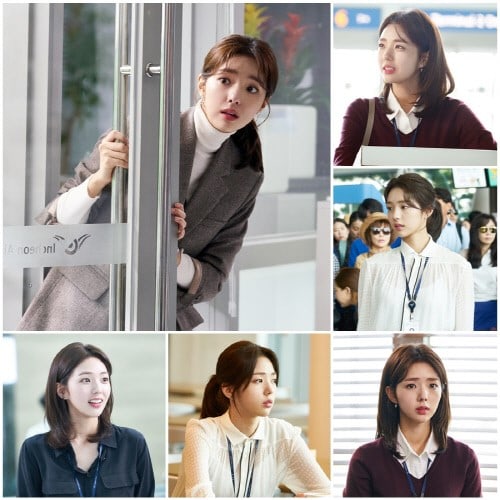 The production crew praised the actress and said, “Han Yeo Reum’s energetic passion and outstanding ability to empathize and move hearts is not only reaching Lee Soo Yeon, but also the viewers. With her ‘loveliness’ growing stronger in the future, you can look forward to her unusual story in the second half of the story.”

Check out the latest episode of “Where Stars Land” below!