“Priest” will be a medical exorcism drama which follows a doctor and an exorcist as they team up to protect people from supernatural forces at a Catholic hospital. Yeon Woo Jin, Jung Yu Mi, and Park Yong Woo will try to overcome the differences between religion and science in order to protect life from the hands of evil. 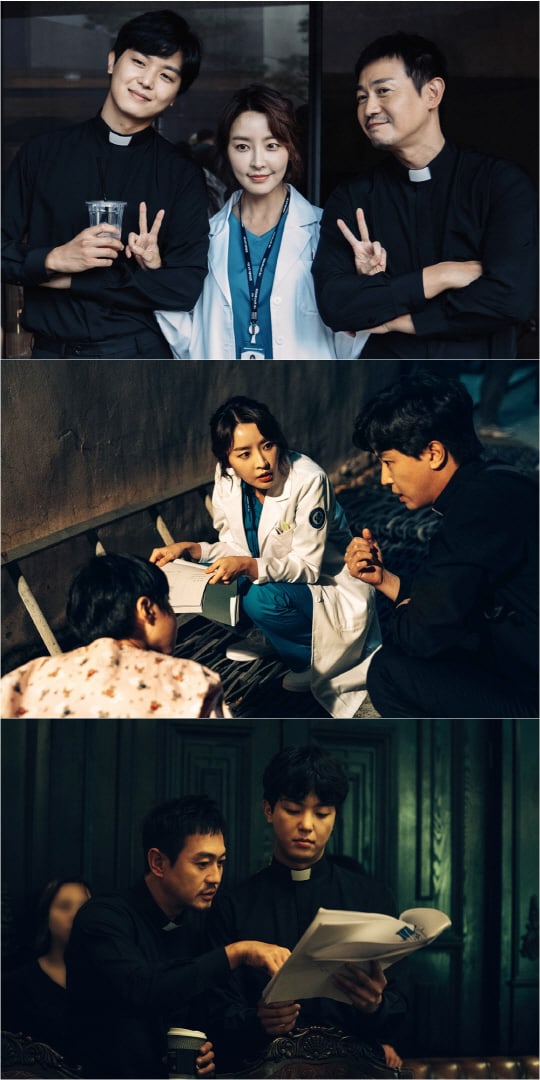 Yeon Woo Jin will play exorcist Oh Soo Min while Jung Yu Mi will be doctor Ham Eun Ho, two characters who have lived completely different lives but come together to save people. They showed complete faith in each other as they said, “We’ve worked together on a film before, and that helped us for this drama. We felt comfortable filming together.” Yeon Woo Jin described Jung Yu Mi as, “An actress with such bright and positive energy. She’s constantly thinking about her character’s journey, and her hard work inspires me to work hard too.” Jung Yu Mi reciprocated and said, “Yeon Woo Jin is such a great actor who is serious about his work and is respectful to his co-stars.”

Yeon Woo Jin will also be spending a lot of time with Park Yong Woo, who will play his mentor Moon Ki Sun. Yeon Woo Jin said, “Park Yong Woo is such a great mentor in real life and he’s got a great personality. He, along with our director, acts as a leader on set and a lot of people rely on him. He’s very detailed about his work so it’s been helping me out a lot.” Park Yong Woo also spoke highly of Yeon Woo Jin as he said, “He’s great. I like him the more I work with him, and I feel like I’m gaining energy from him.”