NCT 127 Talks About Reptiles, Anime, And Food Tours When Asked About Hobbies

NCT 127 has revealed their hobbies!

On the October 25 broadcast of the SBS radio show “Kim Chang Ryul’s Old School,” NCT 127 made an appearance as guests.

During the show, when asked about their hobbies, the NCT 127 members answered one-by-one about what they enjoyed doing when they had free time.

Taeyong first answered, “I usually write songs or play games at home. I want to try raising a reptilian pet if I have the time.” Johnny added, “I don’t want to sound like a parent saying this, but I’m honestly really concerned.” His words caused the entire room to burst out in laughter. 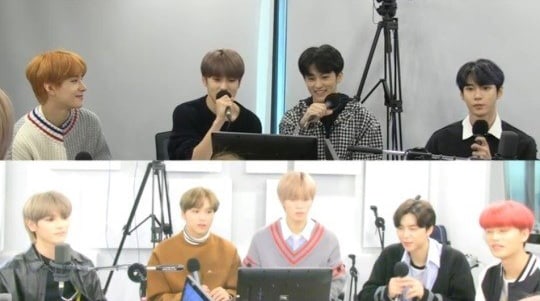 Haechan continued, “I like watching dramas. I also enjoy recording songs. I also like games. I usually just like things I can do at home.” When Yuta replied, “I frequently watch anime. I also like going on hikes,” DJ Kim Chang Ryul asked him for anime recommendations. Yuta answered with a laugh, “A fun anime will be coming out as a series in October. I’ll recommend that.”

Johnny said, “I watch a lot of dramas. I also like taking photos. It’s a little disappointing that I can’t take pictures in different places these days, though. When I have the time, I want to go around various places taking pictures.” Taeil stated, “I usually play the guitar. When we get vacation time, I want to go on a trip [overseas].” The other members agreed with Taeil, commenting, “We all want to try going on a trip together.”

Jungwoo replied, “When I’m at home, I usually watch TV shows or movies.” Jaehyun gave a slightly different answer, saying, “If time allows, I want to play basketball, go bowling, and exercise. I also want to visit photo exhibitions while going on trips.”

Mark remarked, “I’m into shooting games these days. It’s fun playing games while we’re waiting [in between schedules].” The other members added on, “It’s more fun when four members play together. We all say, ‘Thanks for saving me.'”

Doyoung concluded, “I’m usually just at home right now, but I want to try going on a food tour. I think it’d be fun running a food blog.” The members then teased him by saying, “I don’t think it’d have much credibility.”

Kim Chang Ryul's Old School
NCT 127
How does this article make you feel?