tvN’s Wednesday-Thursday drama “The Smile Has Left Your Eyes” has shared stills of Jung So Min and Seo In Guk sharing an intimate moment together.

“The Smile Has Left Your Eyes” tells the story of Kim Moo Young, a nice guy who works at a microbrewery but seems to have a dark side to him, and Yoo Jin Kang, the younger sister of Yoo Jin Kook (played by Park Sung Woong), a veteran homicide detective who is investigating a case involving Moo Young’s now-deceased girlfriend.

The drama released new stills from the recent episode that had Kim Moo Young expressing his emotions towards Yoo Jin Kang with a surprise embrace that caught her off guard. Her eyes are filled will tears as she turns her head away from him, making viewers unsure of what to expect from the two characters. While Kim Moo Young seems certain about his feelings and tries to show that, Yoo Jin Kang appears to be unsure of whether she should reciprocate. 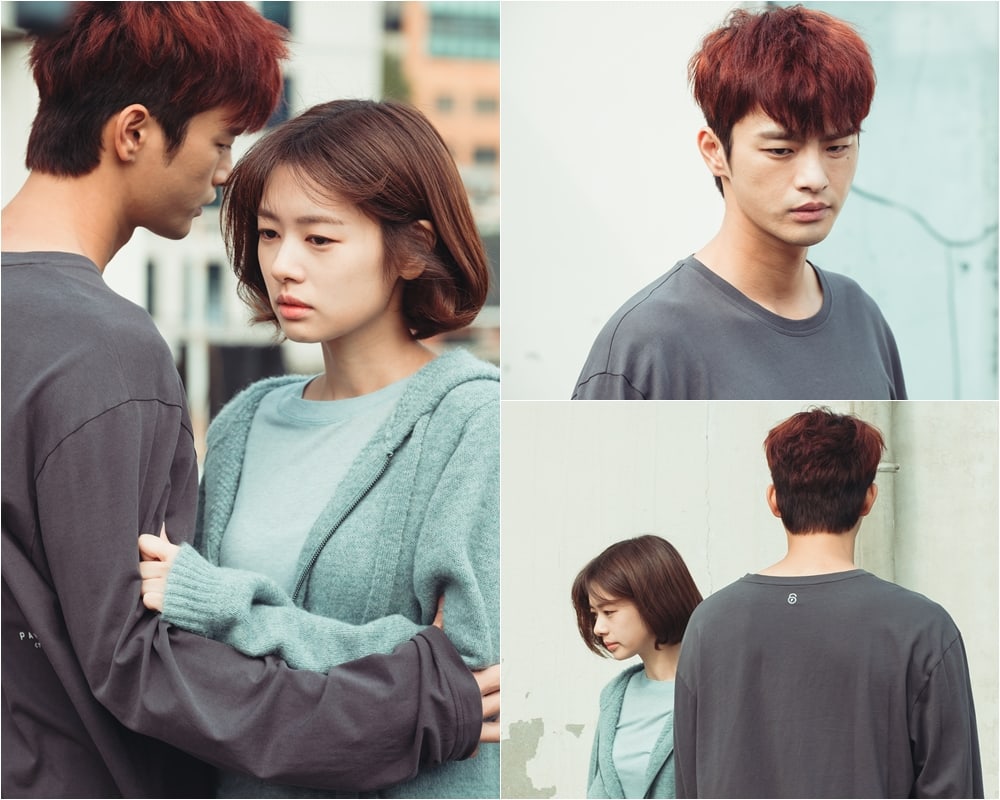 The production staff stated, “With the last episode ending with Seo In Guk’s character getting in a car accident, things are set to become more interesting with the following episodes. The sudden display of affection between the two is sure to have intrigued viewers, and we hope people will continue to watch over them as the story progresses.

“The Smile Has Left Your Eyes” airs every Wednesday and Thursday at 9:30 p.m. KST and is also available on Viki. Catch up with the latest episode below!