The episode of JTBC’s “Let’s Eat Dinner Together” that aired on October 24 featured guest appearances by Song Mino and Im Soo Hyang.

While on a bus traveling to their chosen neighborhood of Sungsu-dong, Im Soo Hyang said, “Song Mino said he’ll be having an art exhibition in Sungsu-dong tomorrow.” Lee Kyung Kyu looked surprised by the news, while Kang Ho Dong already knew of Song Mino’s artistic talents from working together on other programs. 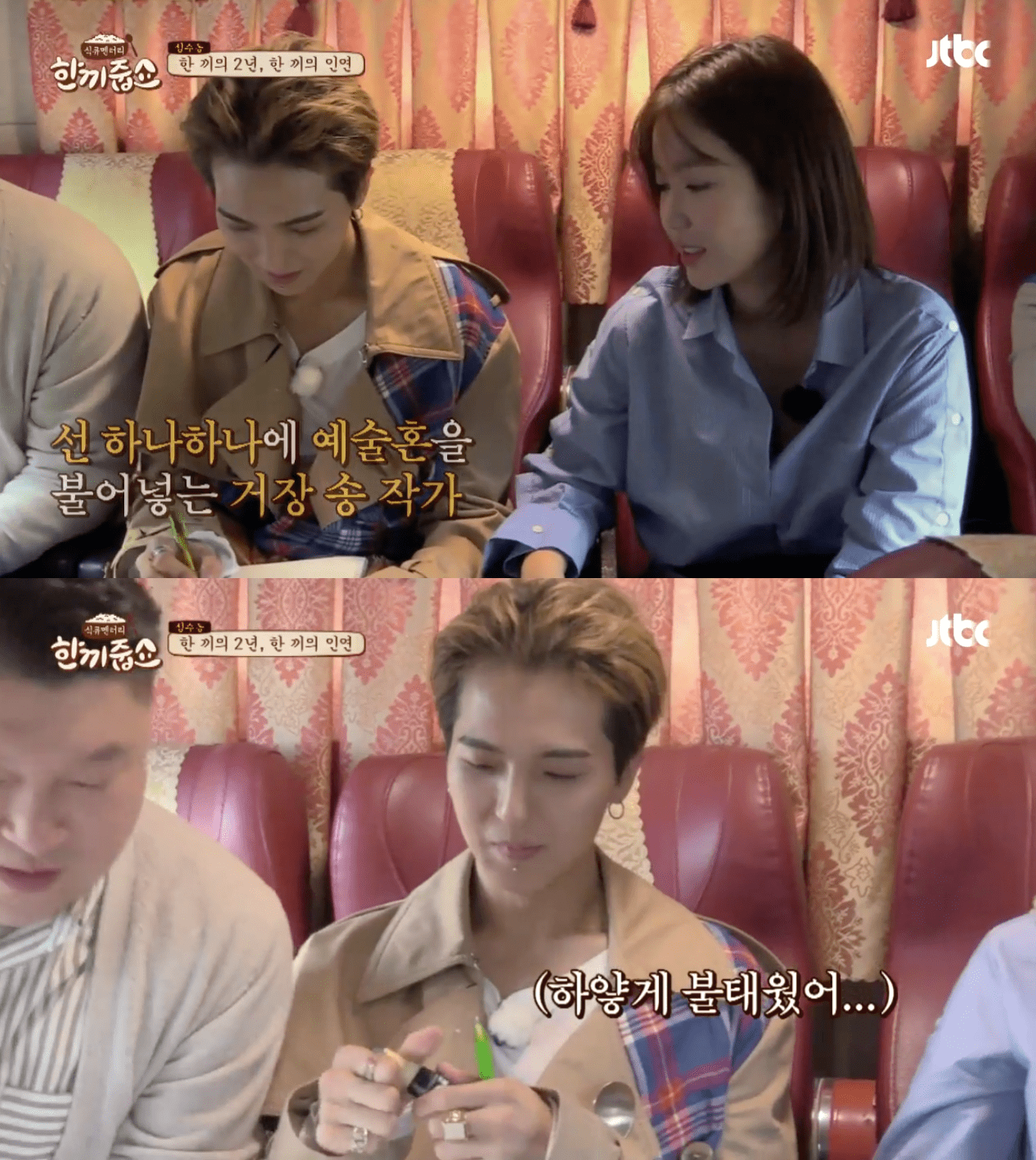 Im Soo Hyang asked if Song Mino could draw a portrait of her, and Kang Ho Dong immediately asked the staff to get a pencil and piece of paper. Song Mino agreed and added, “But I’m not very good at drawing beautiful women,” which made Im Soo Hyang very happy and had her saying, “Make sure this makes it into the broadcast.”

The group watched in silence as Song Mino worked hard on the drawing, and he finished it off with his signature. Im Soo Hyang was in awe of his talents, and Kang Ho Dong said that he’d perfectly captured her aura very well. 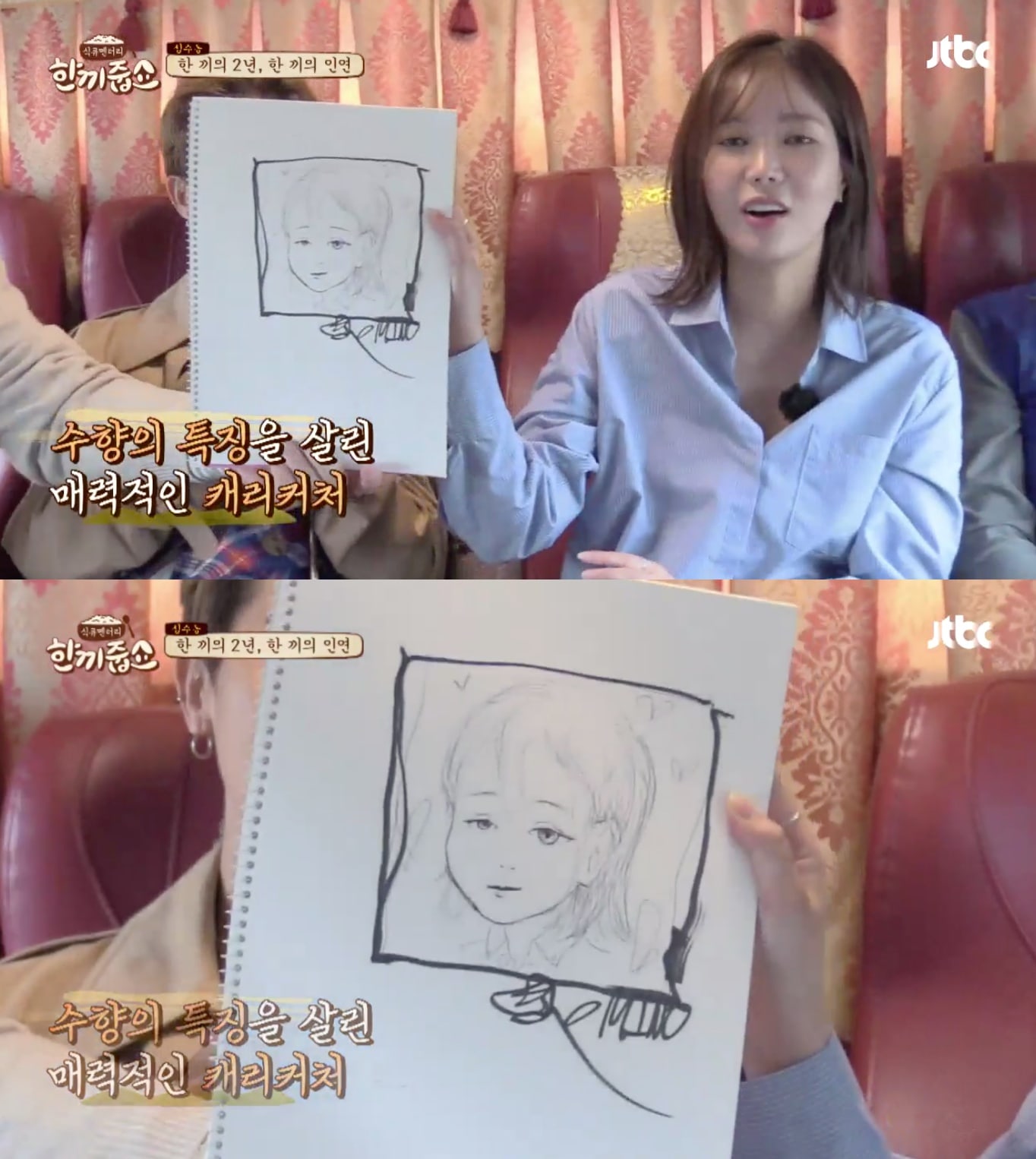 Im Soo Hyang later shared a photo of the drawing on her personal Instagram account, along with other photos from that day, and wrote, “Song Mino, the drawing is amazing, thank you. I’ll treasure it for a long, long time.”