Hong Suk Chun talked about being a father on the October 25 broadcast of tvN’s “Mom, I’m Home.”

In 2008, Hong Suk Chun adopted his older sister’s two children after she got divorced. On “Mom, I’m Home,” his sister said, “After getting divorced, it was so hard with my two kids. One day [Hong Suk Chun] called me and said, “Don’t stay where things are hard, and come to Seoul.” So she packed her bags, and when she arrived, Hong Suk Chun told her he would adopt her two children and they could raise them together. “I’m so sorry to my brother. I put a burden on him.” 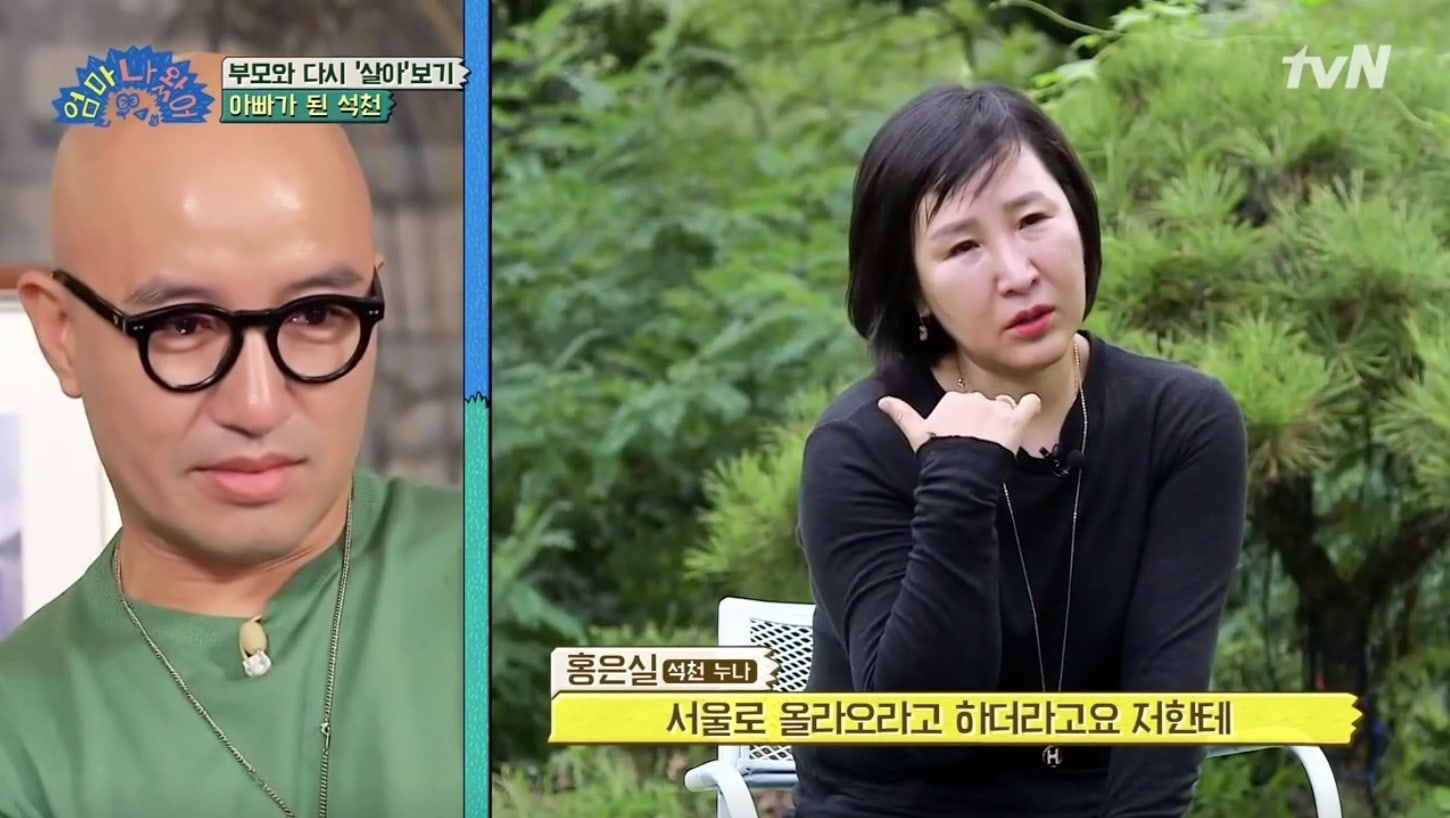 It’s been seven years since Hong Suk Chun became a father to his niece and nephew. Explaining what made him decide on the adoption, he said, “I adopted my sister’s children because of the issue of parental rights and custody after divorce. The law had changed, so I could become their legal guardian. I also don’t want my sister to feel any pressure if she ever decides to remarry. [If that ever happens], I can raise the kids.”

“My daughter, the oldest, is majoring in culinary arts. My son, the youngest, is in his last year of high school. He’s studying in the United States. I told him he didn’t have to go to college and that he could do what he wanted. Suddenly, one day, he said he wanted to become a film director. I told him not do it. I said, ‘You can’t make money doing that! You think I sent you abroad so you could become a director? You need to do something like medicine, or get a doctorate or something!’ I didn’t even know [I felt that way].” 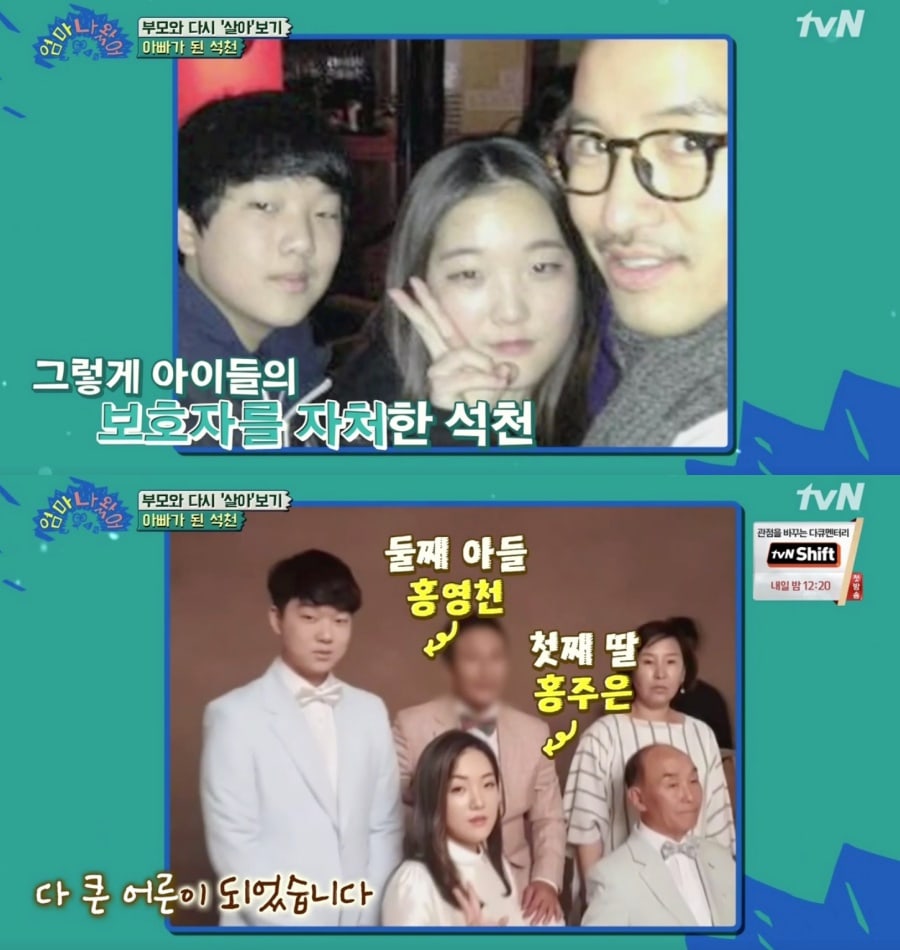 Hong Suk Chun’s daughter, Hong Joo Eun, is now 23 years old. She revealed on the show that she was against the adoption at first. “It wasn’t because I was embarrassed about my uncle. He might think that was the case, but I’ve never once been embarrassed of him.” Tearing up, she continued, “It’s just that when people around me asked what my relationship was to him, it was too hard to explain.”

She continued, “I don’t regret [the adoption] in the slightest. He helps me a lot, and we’ve become really close. I’m so thankful, and he’s an uncle that I love so much. My dad.” 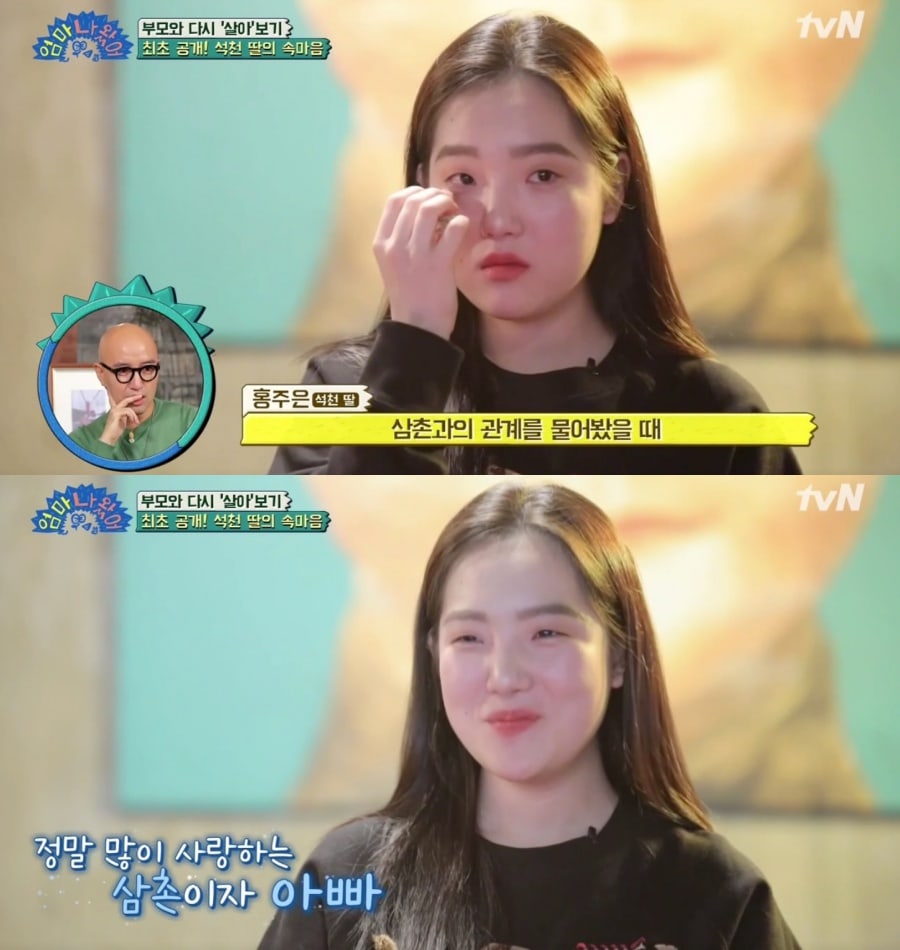 When asked what he did when it came to his children’s school events, like graduation, Hong Suk Chun choked up and wasn’t immediately able to speak. He said, “One of the reasons I sent my son to study abroad is that I was afraid he would be bullied or made fun of by his peers [because of me]. [When he was here,] I didn’t go anywhere close to his school. I wanted to go so much to take photos and leave memories, but I just pretended to be sleeping in. I wanted to go, but I was never able to be there, and I’m so sorry to my son and daughter.” 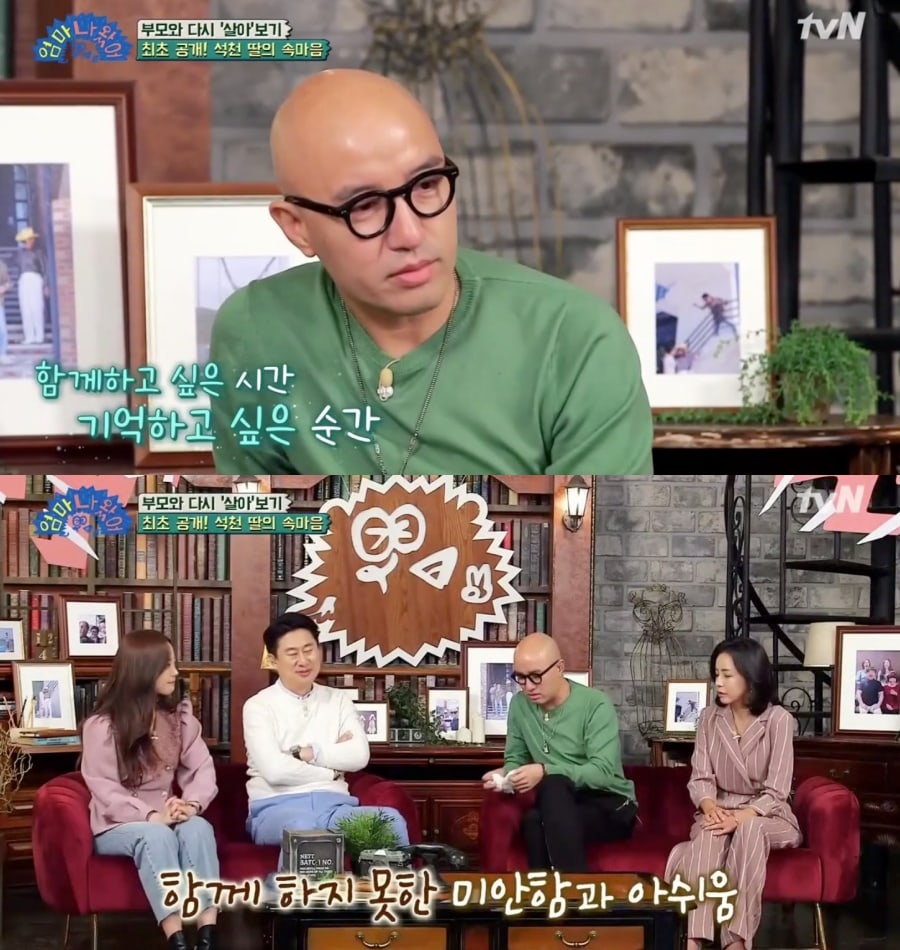