Park Jin Young appeared on Olive TV’s “Food Bless You” and welcomed the cast to his agency’s headquarters.

Park Jin Young waited for the members and personally greeted them at the lobby. Bringing up the previous episode where Kim Sook called him, he said with a laugh, “You guys weren’t talking about music or dance when you called me, but were ordering eel which then led to talking about a coffin and a funeral.”

Before eating, the cast got a tour of the JYP Entertainment headquarters from a practice room to the CEO’s office. Park Jin Young revealed, “The entire building is made of non-toxic eco-friendly material. The building was designed for new employees. It’s possible to dine by yourself and the rooftop is breathable.” When he added, “We control the temperature and humidity down to the decimal point,” Kim Sook expressed how impressed she was by him. 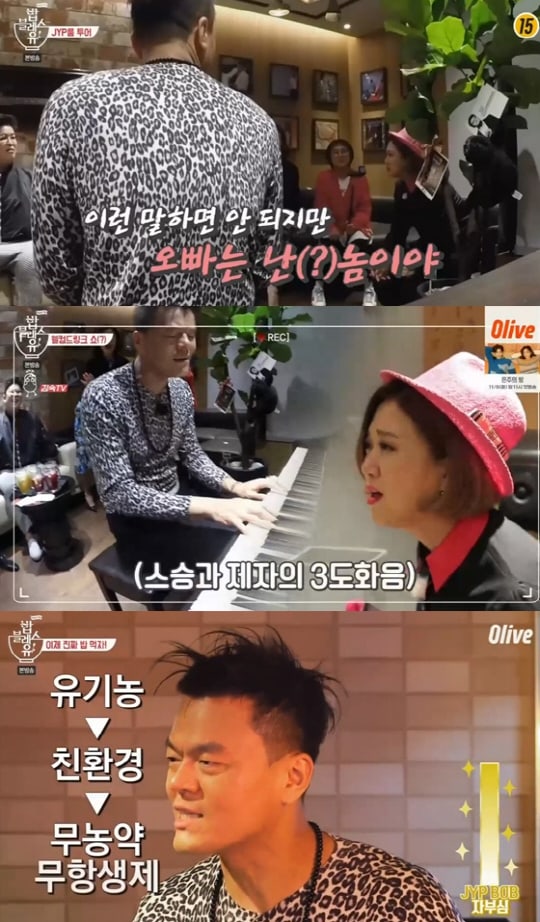 They then headed to JYP’s cafeteria which is named “JYP BOB.” Describing his philosophy behind the cafeteria, Park Jin Young said, “Everyday, the trainees were eating instant food. I created an organic restaurant because I wanted to feed good food to the growing trainees.”

The cast was amazed by the homemade-quality of food and the menu which included pumpkin porridge, crab stew, multi-grain rice, pork belly, sausage, chicken, and spicy sea snail salad. Kim Sook, who previously worked with the producer on “Sister’s Slam Dunk,” commented, “I didn’t know that you were such a great person. Now that I came back and saw you again, you look different.” Choi Hwa Jung added, “I don’t think I can call you ‘Jin Young.’ I feel like I have to call you president. Let’s eat slowly for a long time.” 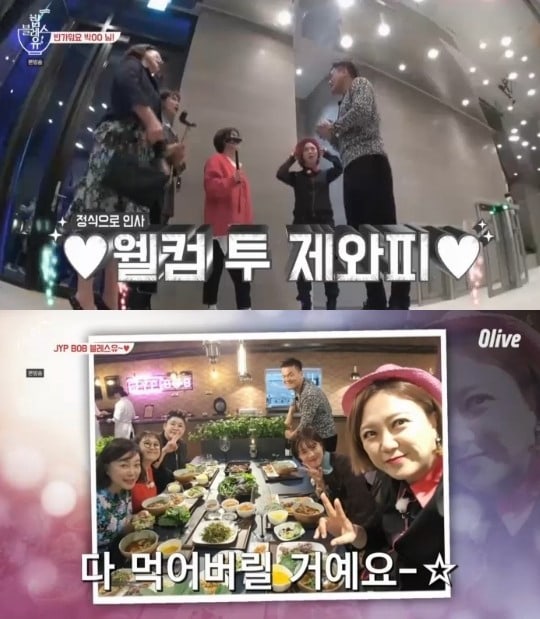 While enjoying their meal, the cast read out loud some stories and concerns from their viewers. Park Jin Young brought up a concern of his own, saying, “I’m expecting a child. If it’s a son, I would be less concerned, but I’m concerned since it’s a daughter.”

Lee Young Ja and Choi Hwa Jung gave him advice by reminiscing about their own memories with their dads. Jang Do Yeon became emotional and cried during the conversation. 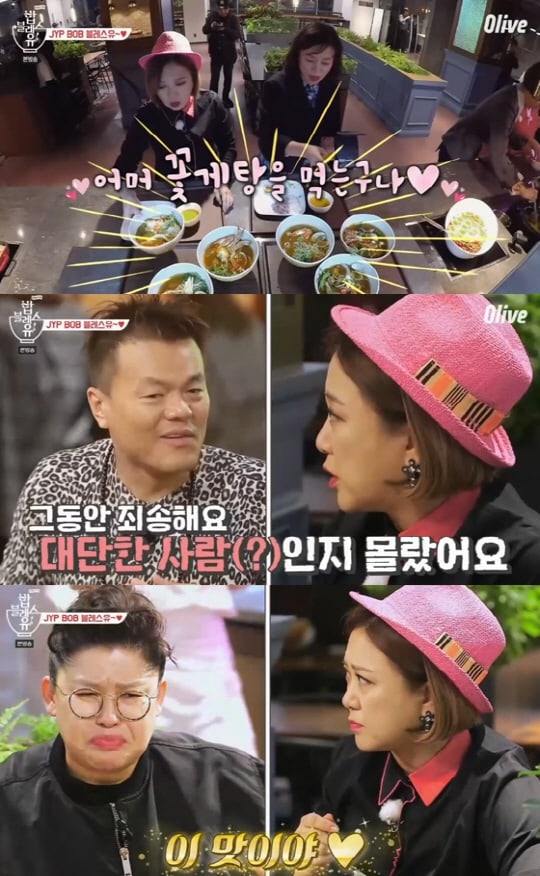 Park Jin Young
Food Bless You
How does this article make you feel?