Watch: IZ*ONE Shows Off Their Dorm And Shares Funny Stories About Dorm Life Together 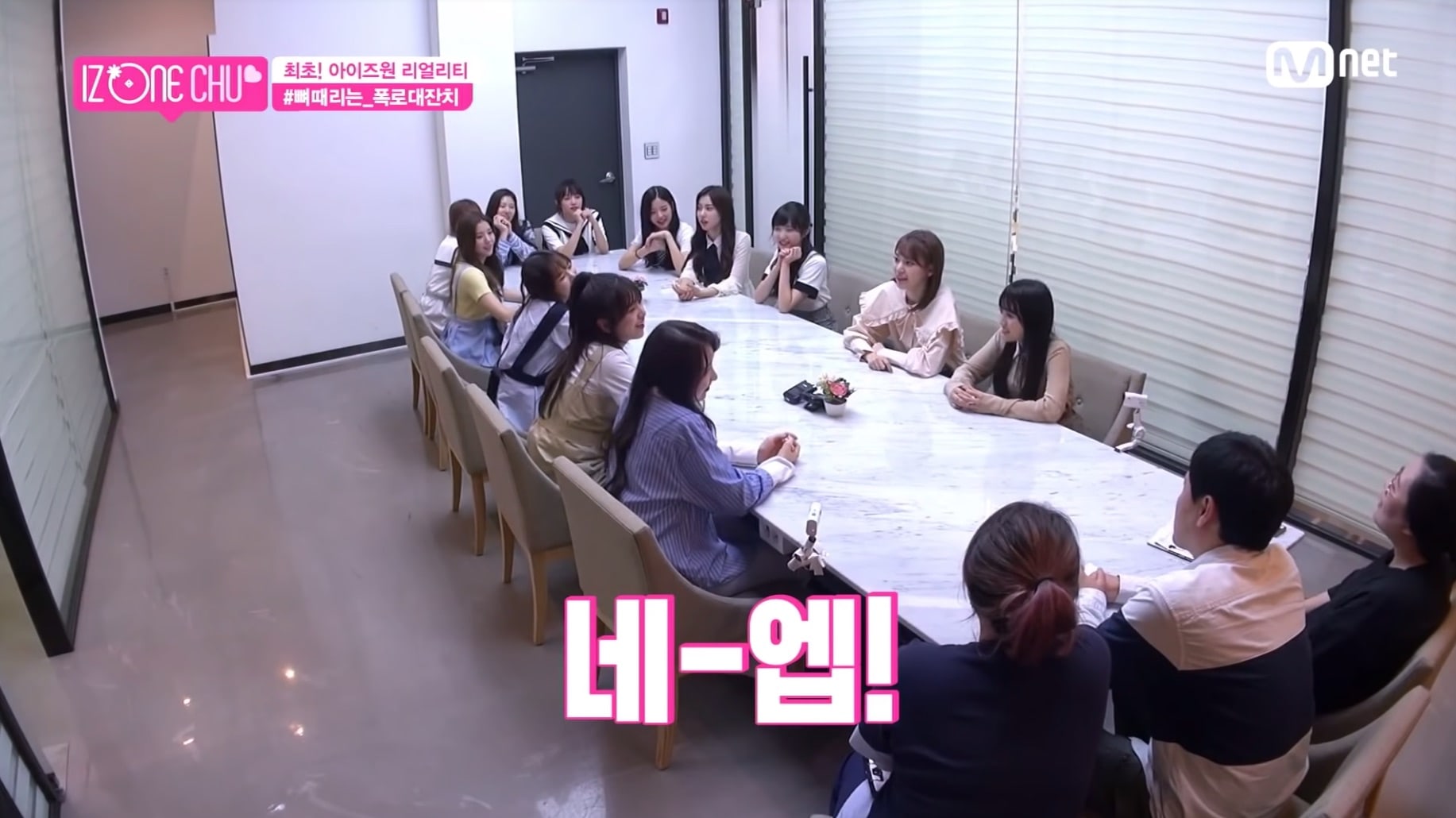 In one clip, the girls had an interview with the production staff where they talked about what it’s like to live together. The girls quickly began spilling the tea, starting off with Jo Yu Ri jokingly complaining that Jang Won Young was going through puberty lately. “She keeps coming into the room and telling me to leave,” Jo Yu Ri said, but Jang Won Young denied it. 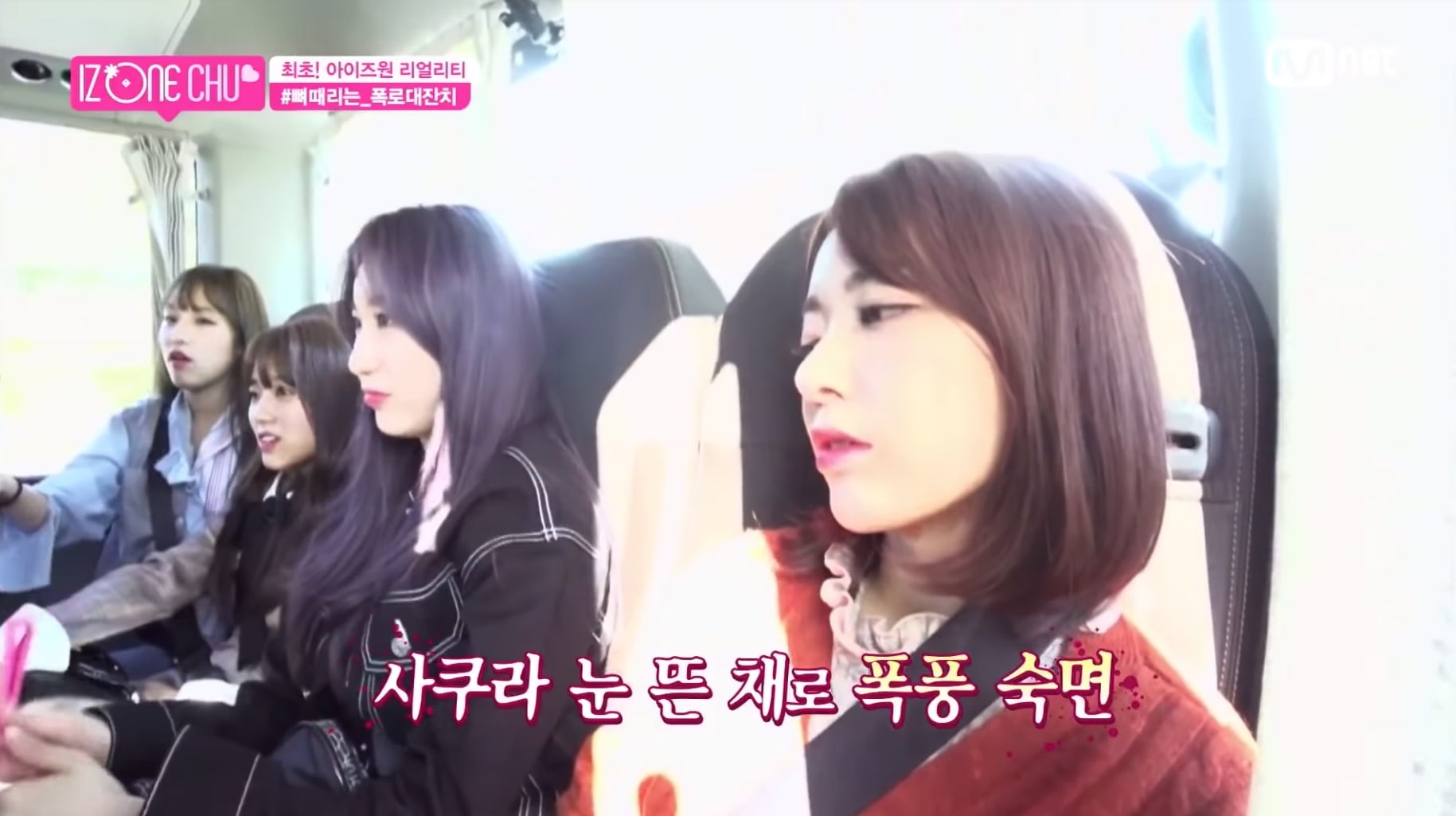 Yabuki Nako then talked about Miyawaki Sakura’s odd sleeping habit of sleeping with her eyes open. The other girls all agreed, including Sakura, and the production staff showed a clip of Sakura dozing off on the bus to prove it.

Kwon Eun Bi then revealed, much to everyone’s scandalized reaction, that Choi Ye Na only wears her underwear around the dorm after taking a shower. 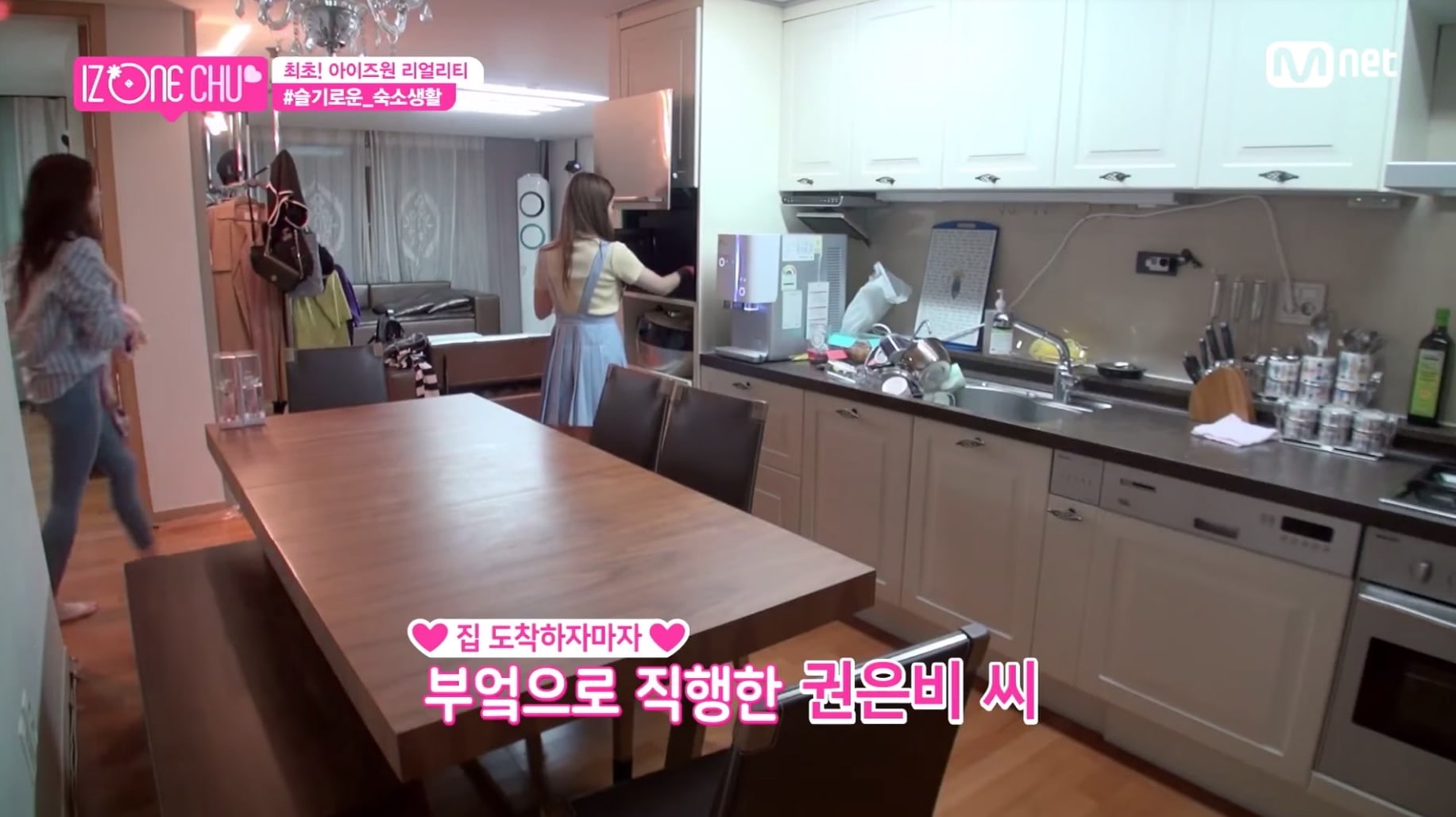 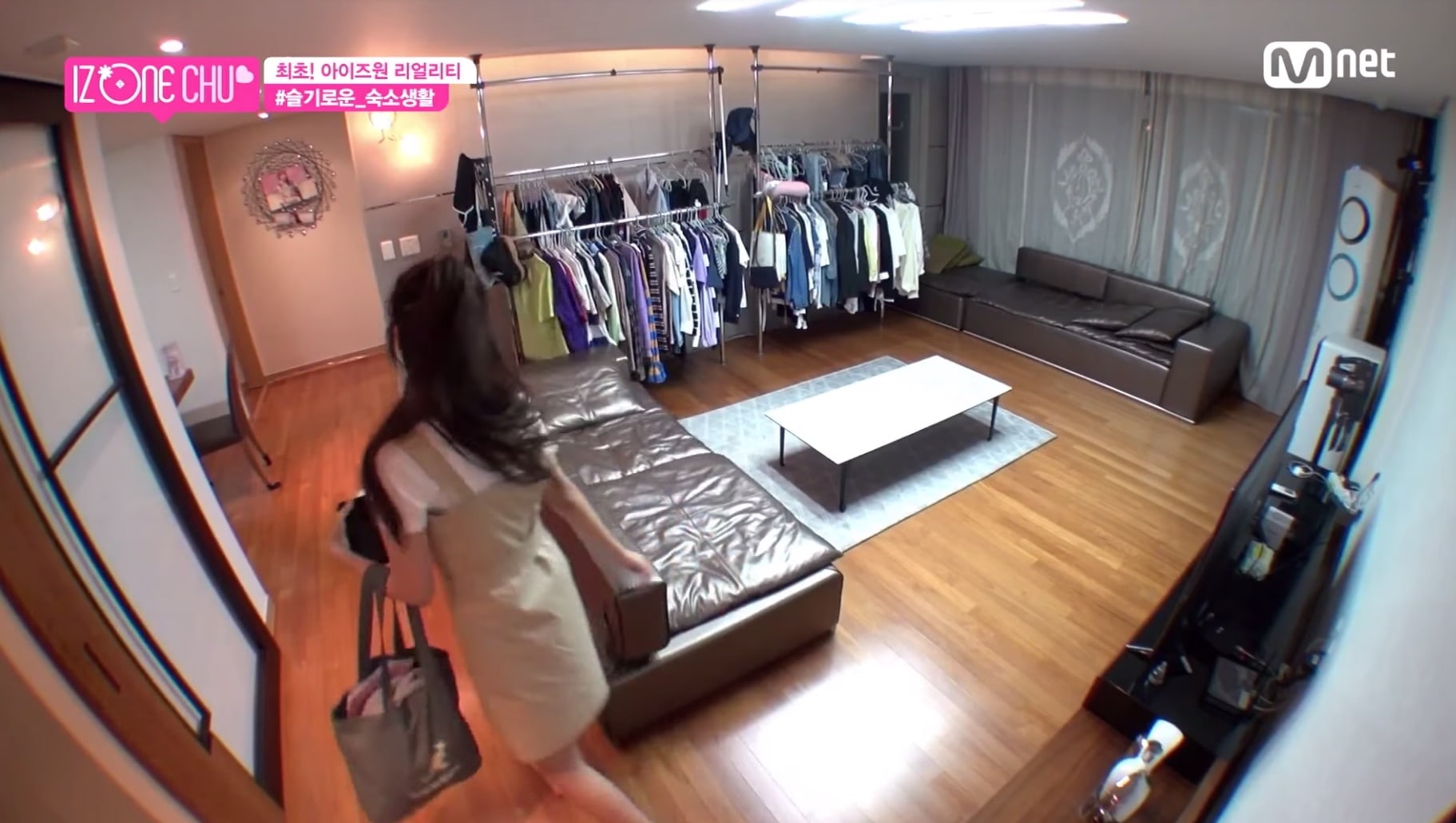 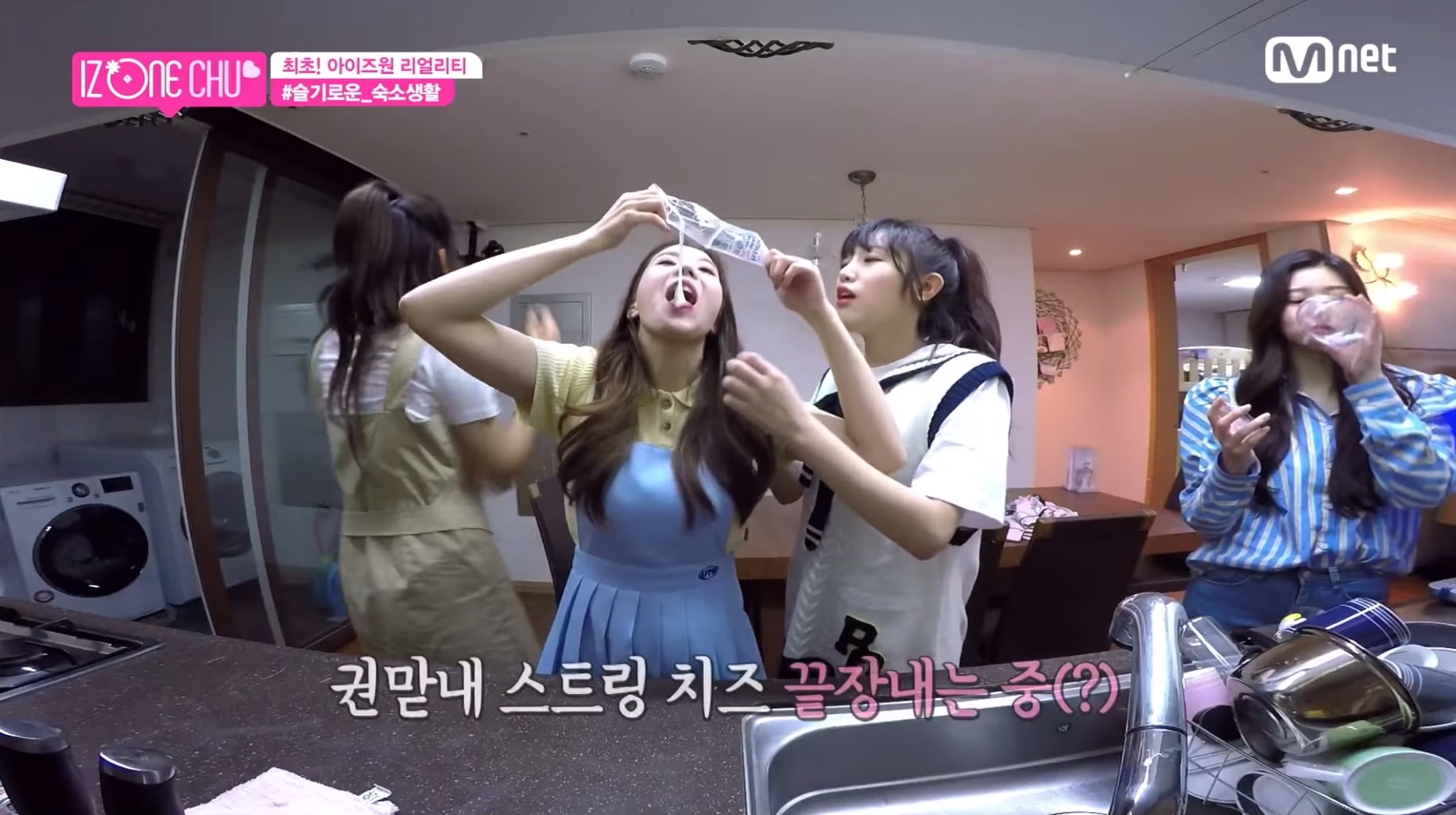 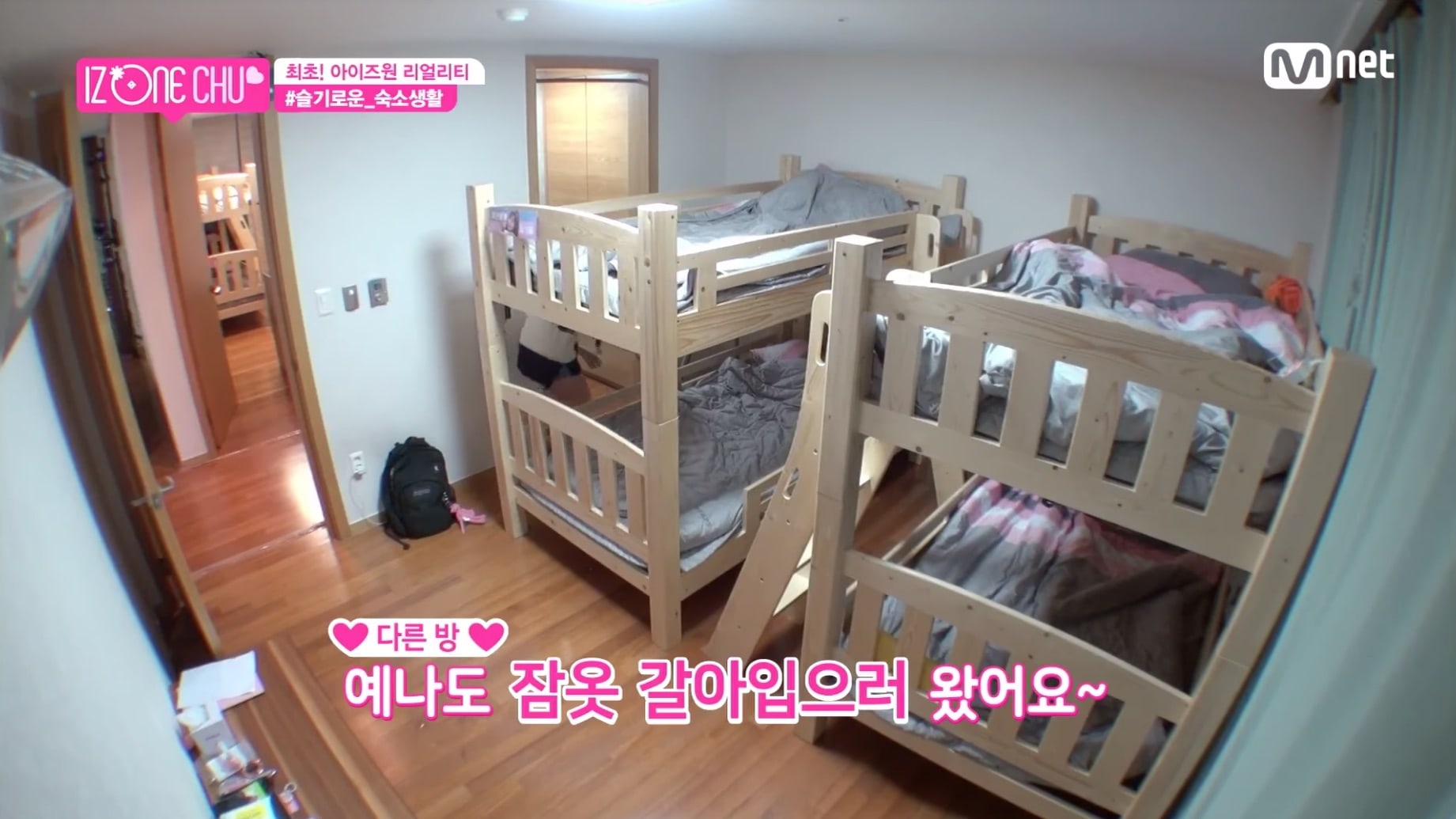 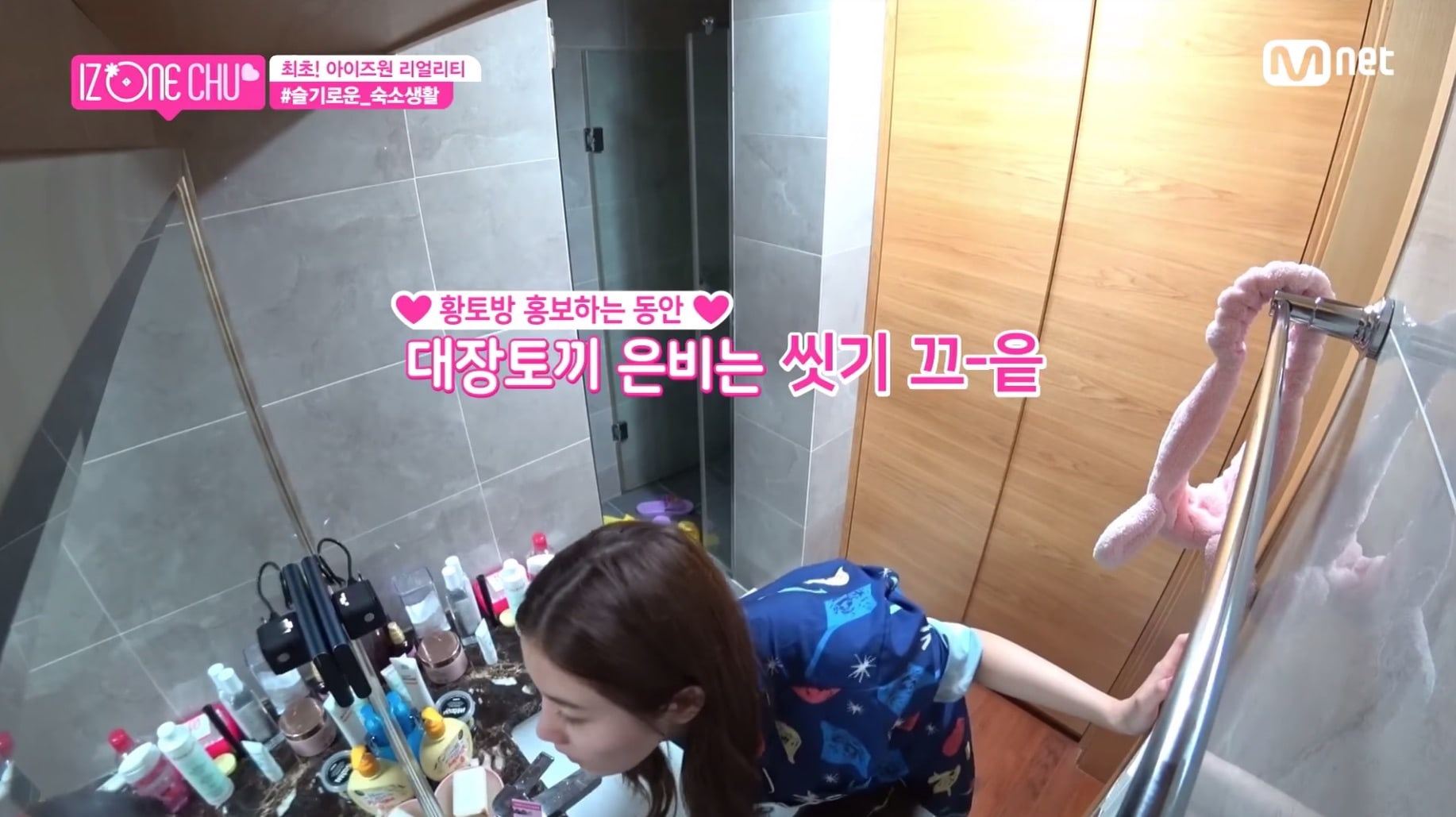 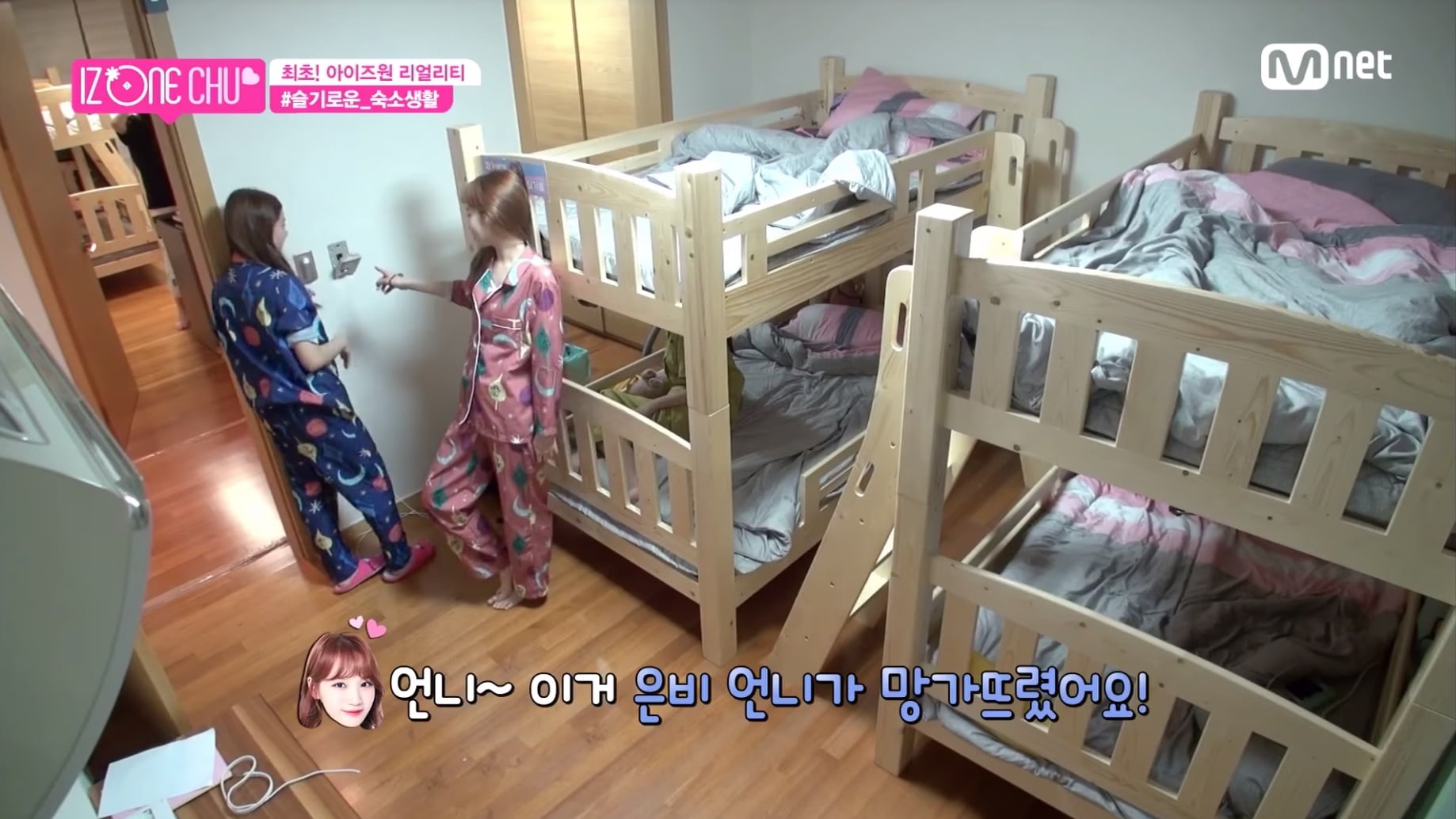 The show then revealed IZ*ONE’s everyday life at their dorms, which are divided into two residences (six per dorm). After coming home, the girls look for a snack, change into their pajamas, and take turns using the bathroom. However, things don’t go entirely smoothly, as An Yu Jin has to be rounded up into changing into her pajamas by fellow member Kim Min Ju and Kwon Eun Bi ends up accidentally breaking the thermostat on her way out of the bathroom. 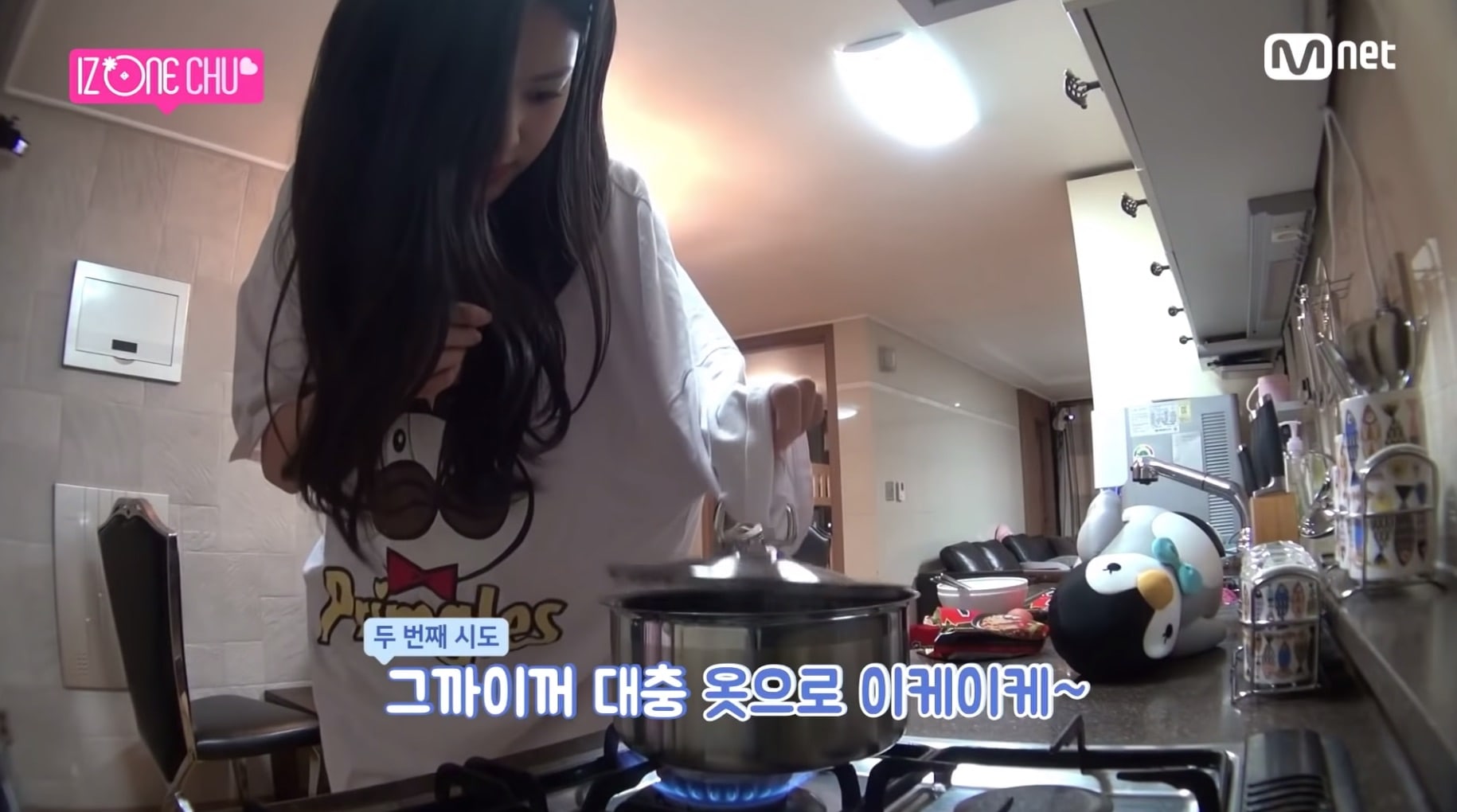 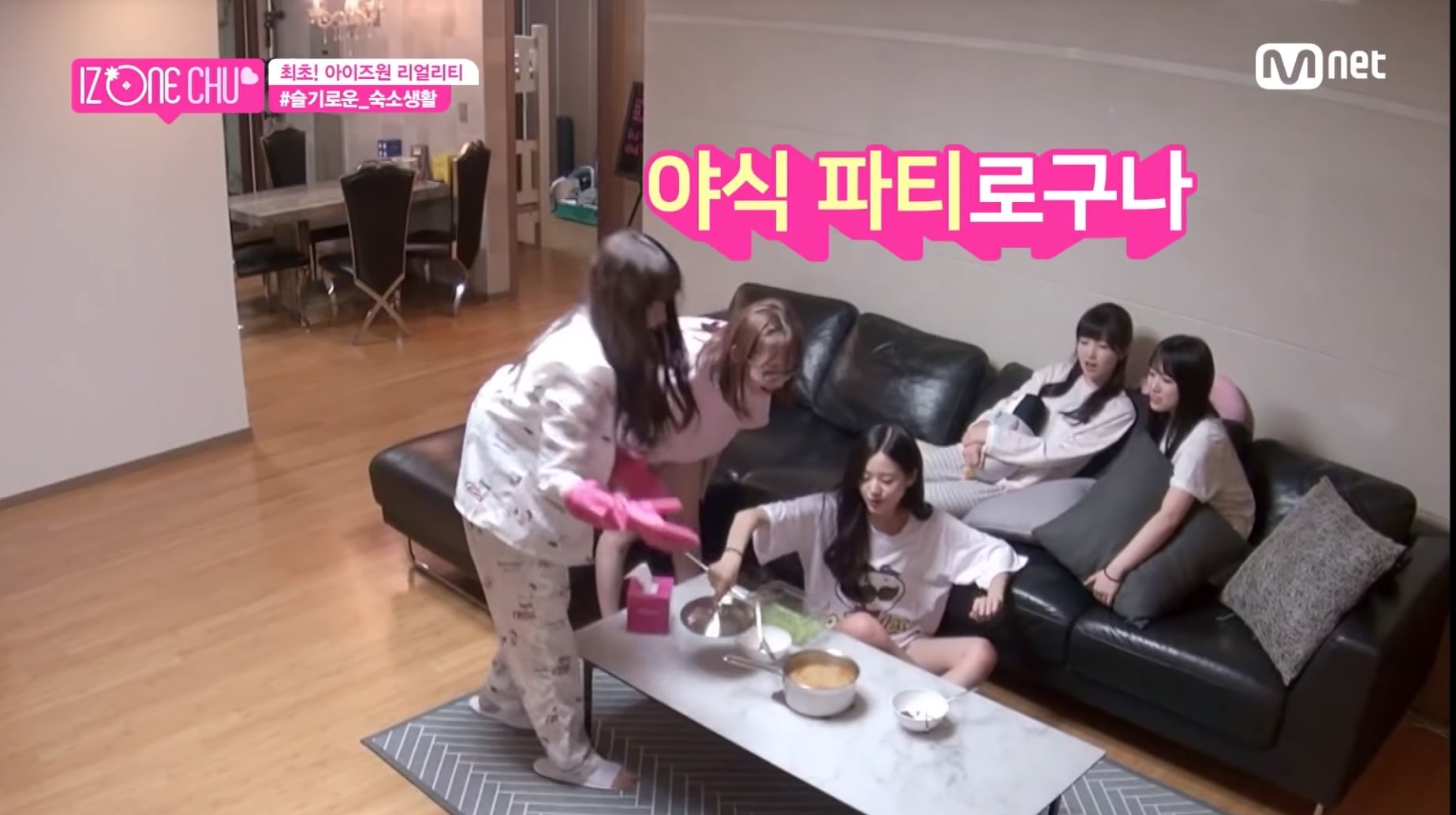 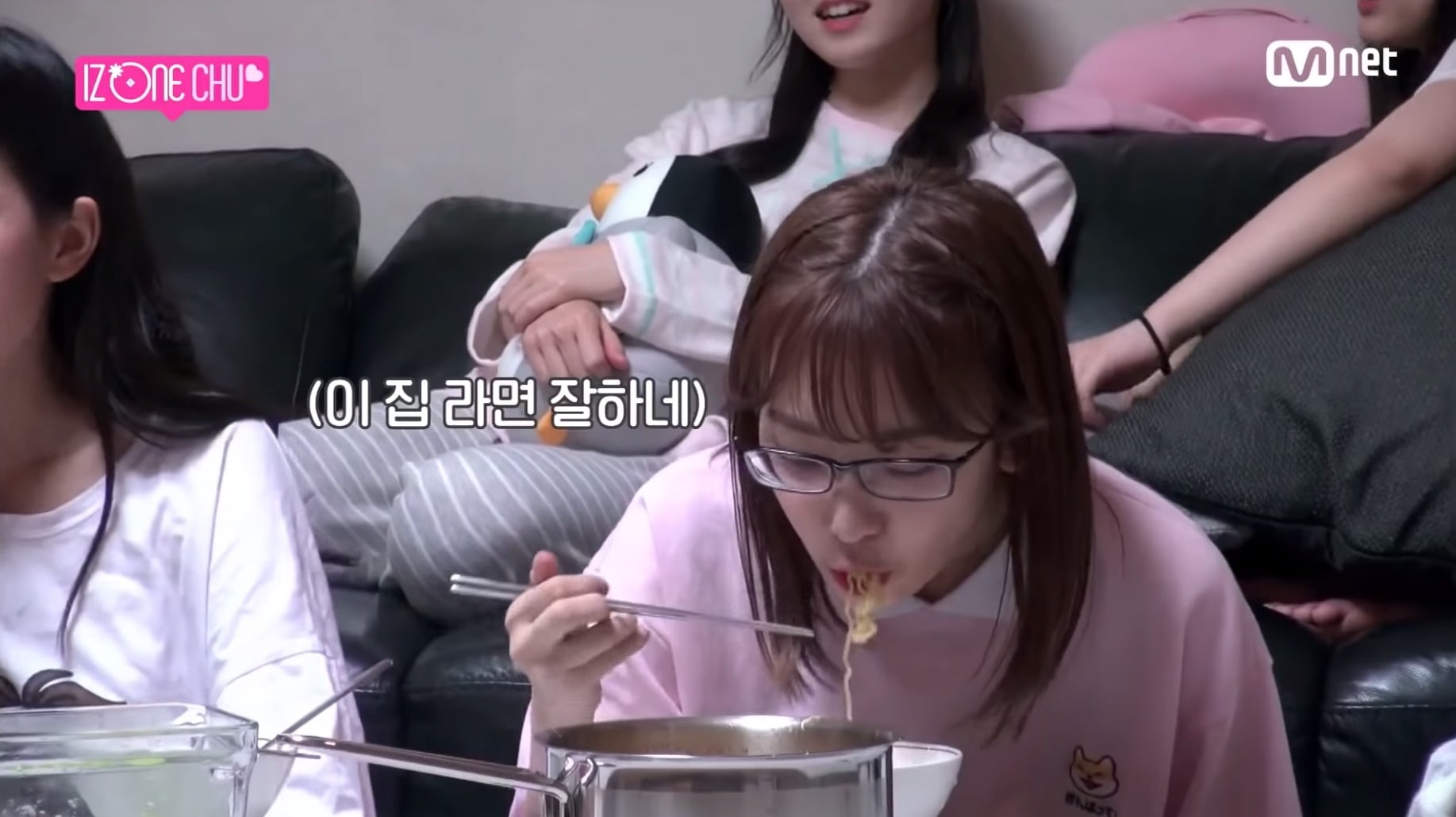 In another clip, the girls enjoy a late night ramyun snack with the exception of Yabuki Nako and Honda Hitomi, who are resolute in sticking to their diet. When Lee Chae Yeon tries to tempt them into taking a bite, Nako says, “It all starts with one bite.” Miyawaki Sakura, however, while rejecting the ramyun during the cooking process, ends up eating with the others – although she has trouble with the spicy flavor!

The rest of the “IZ*ONE Chu” episode focused on the MT (membership training) trip to Honda Hitomi’s house.

IZ*ONE
IZ*ONE CHU
How does this article make you feel?