Korean is a hard language to learn, but that hasn’t stopped these foreign K-pop idols from successfully mastering how to read, write, and speak it.

Despite the fact that Korean is not their native language, many foreign idol members have perfect penmanship that make fans wish that they were available as fonts. 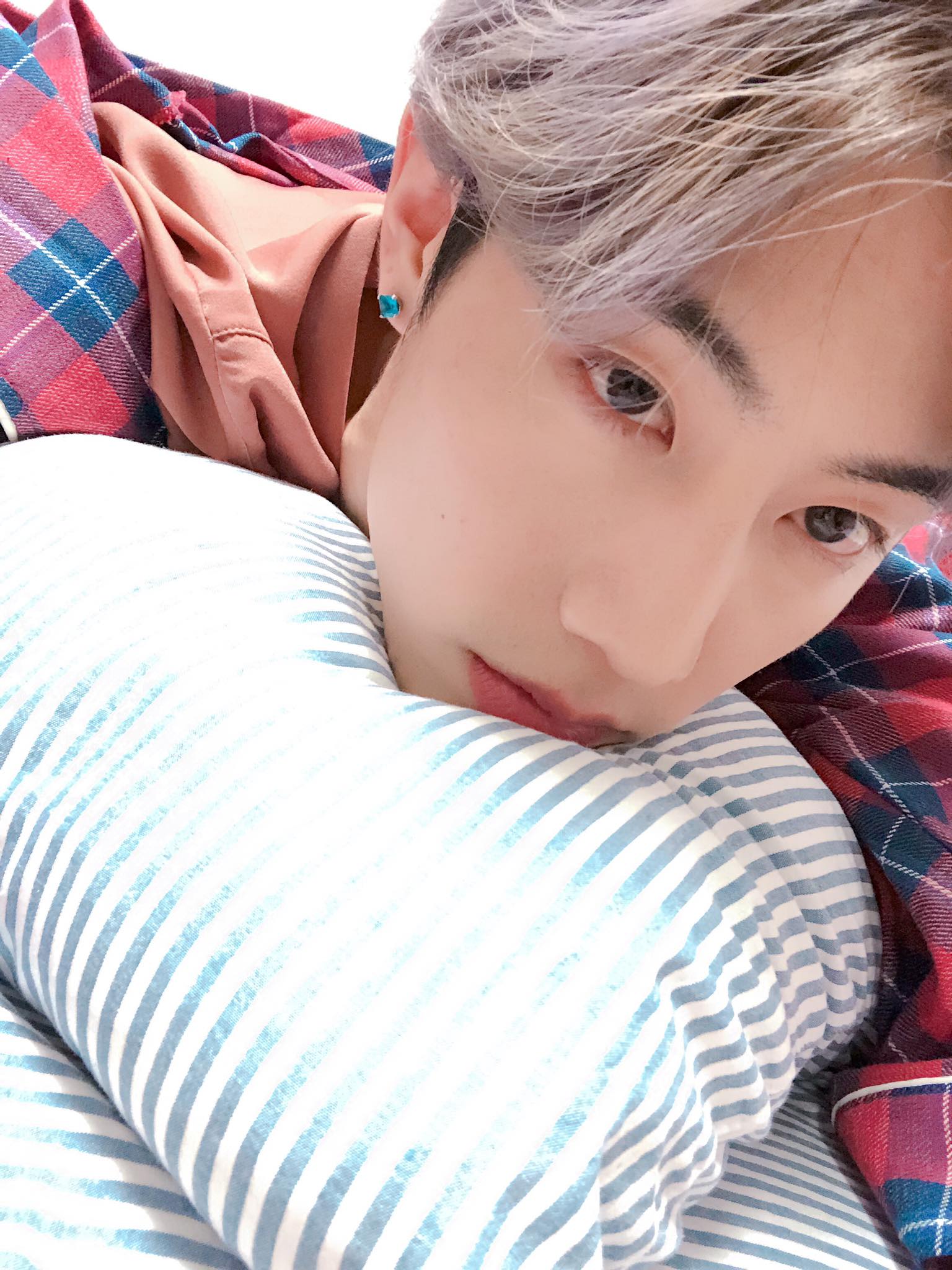 Mark is a Taiwanese-American rapper in GOT7. During a V Live broadcast, he expressed his gratitude to fans by holding up a handwritten letter.

Mark not only showcased his love for his fans, but also his neat handwriting that looked as if it was typed on a computer. 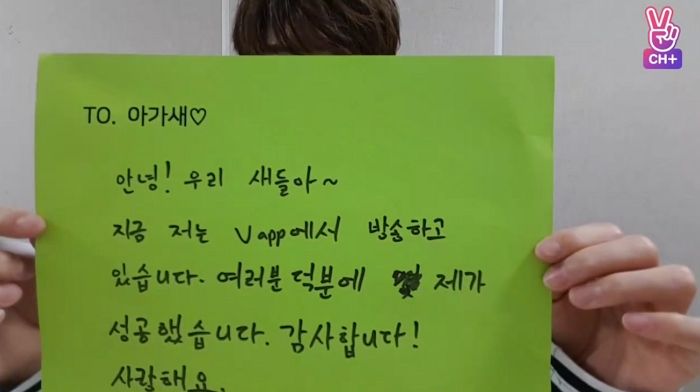 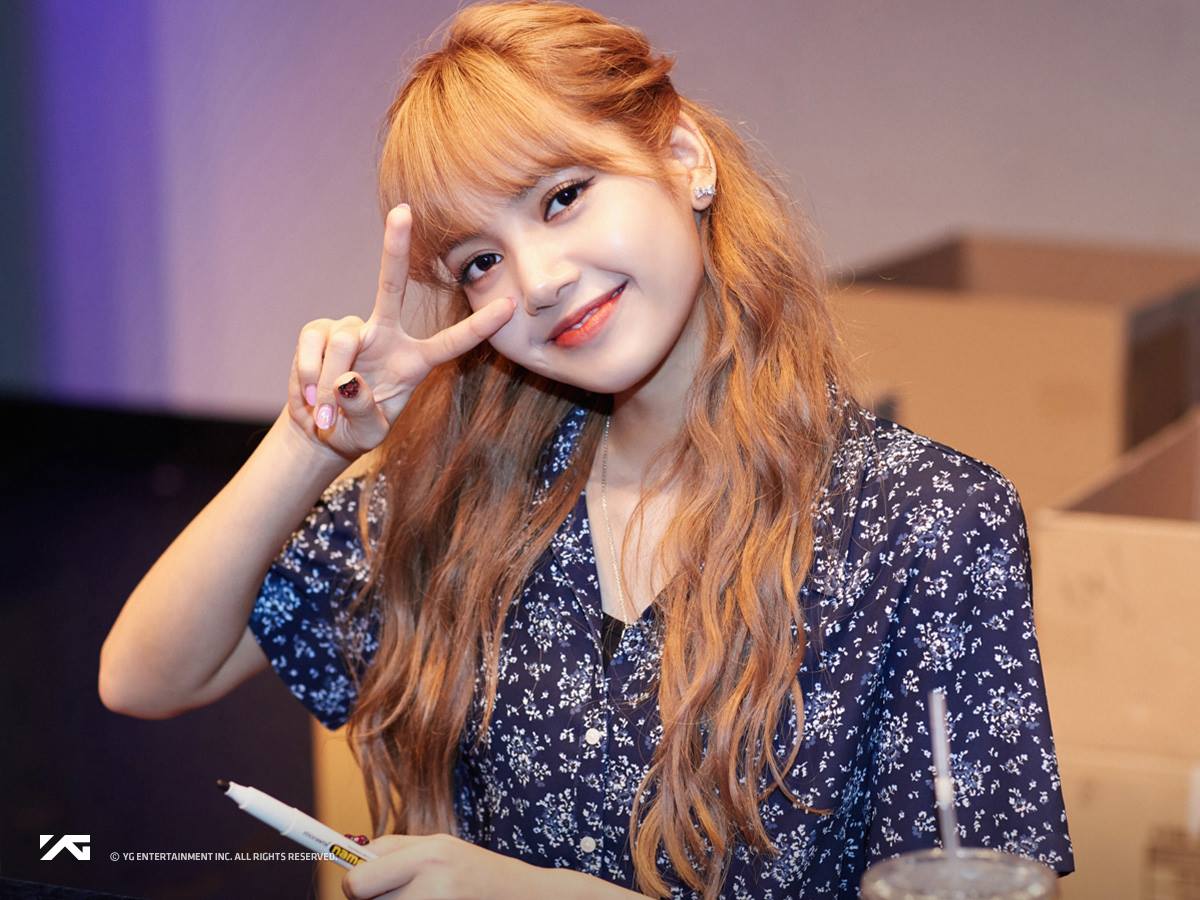 In the letter, Lisa thanked fans with her adorable handwriting and the increasing size of her heart drawings expressed her love for her fans. 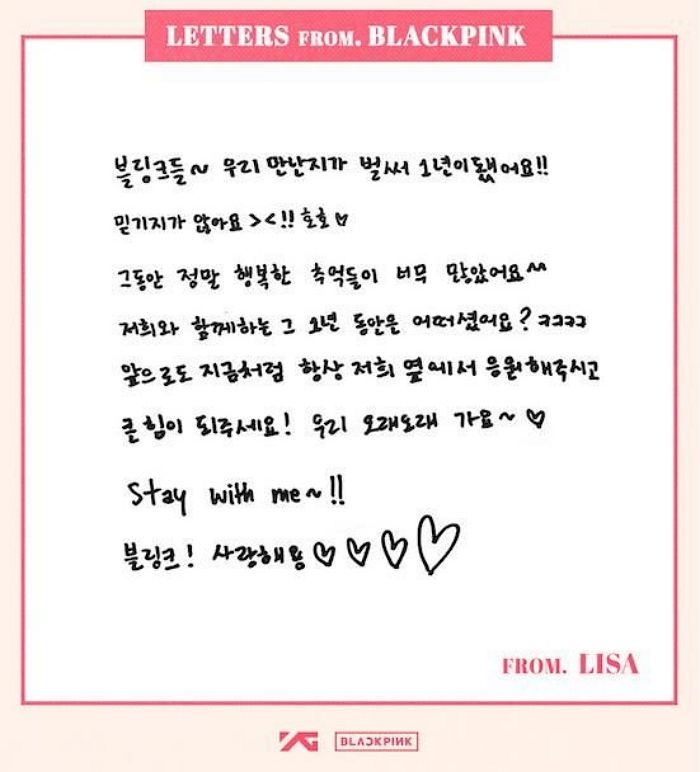 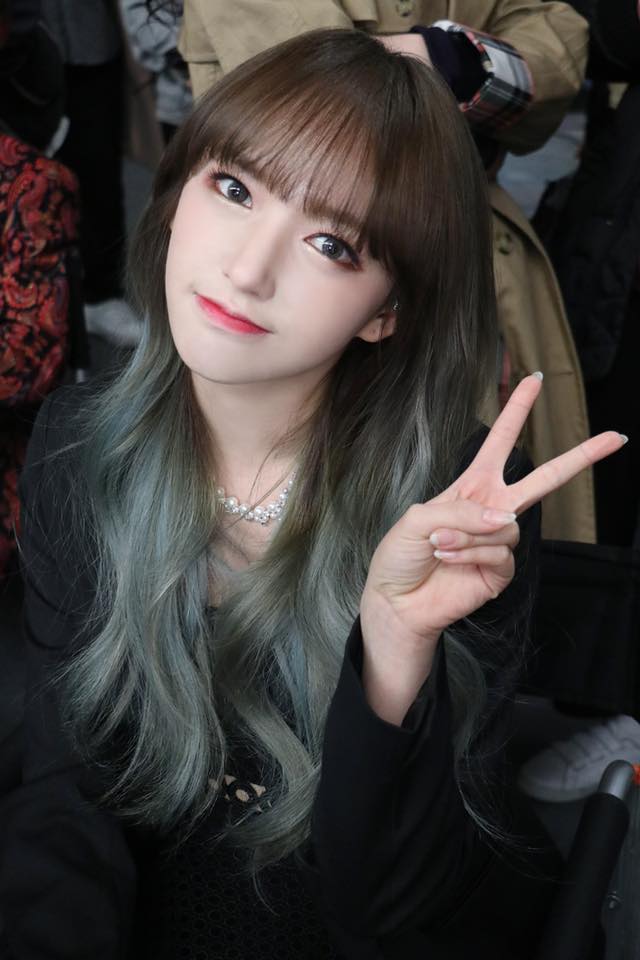 Cheng Xiao is one of the Chinese members of WJSN.

For her first birthday after debuting as a member of WJSN, Cheng Xiao posted a handwritten letter to express her excitement about her debut and birthday. Many fans are said to have been amazed at her pretty font-like handwriting. 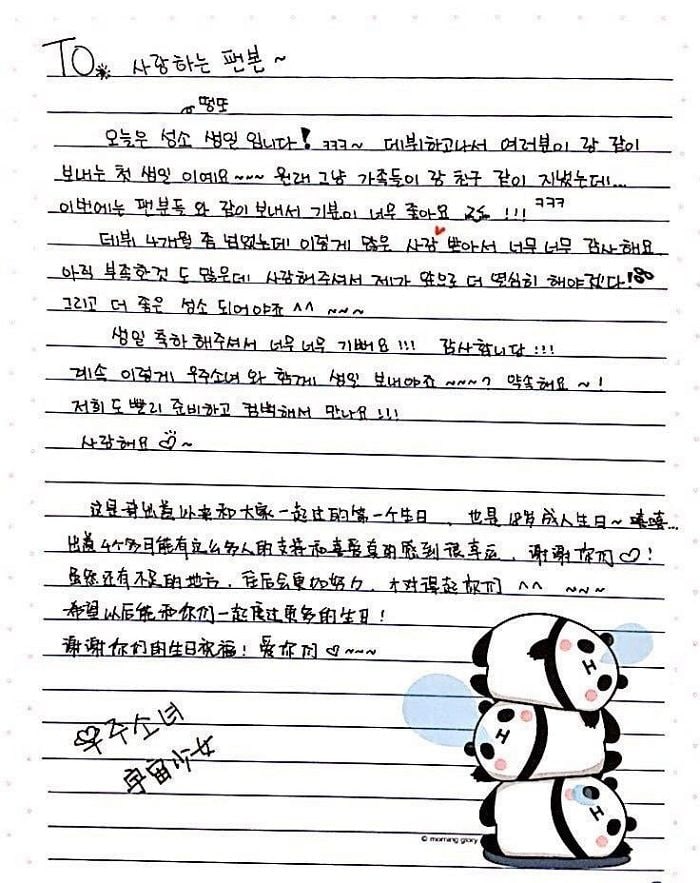 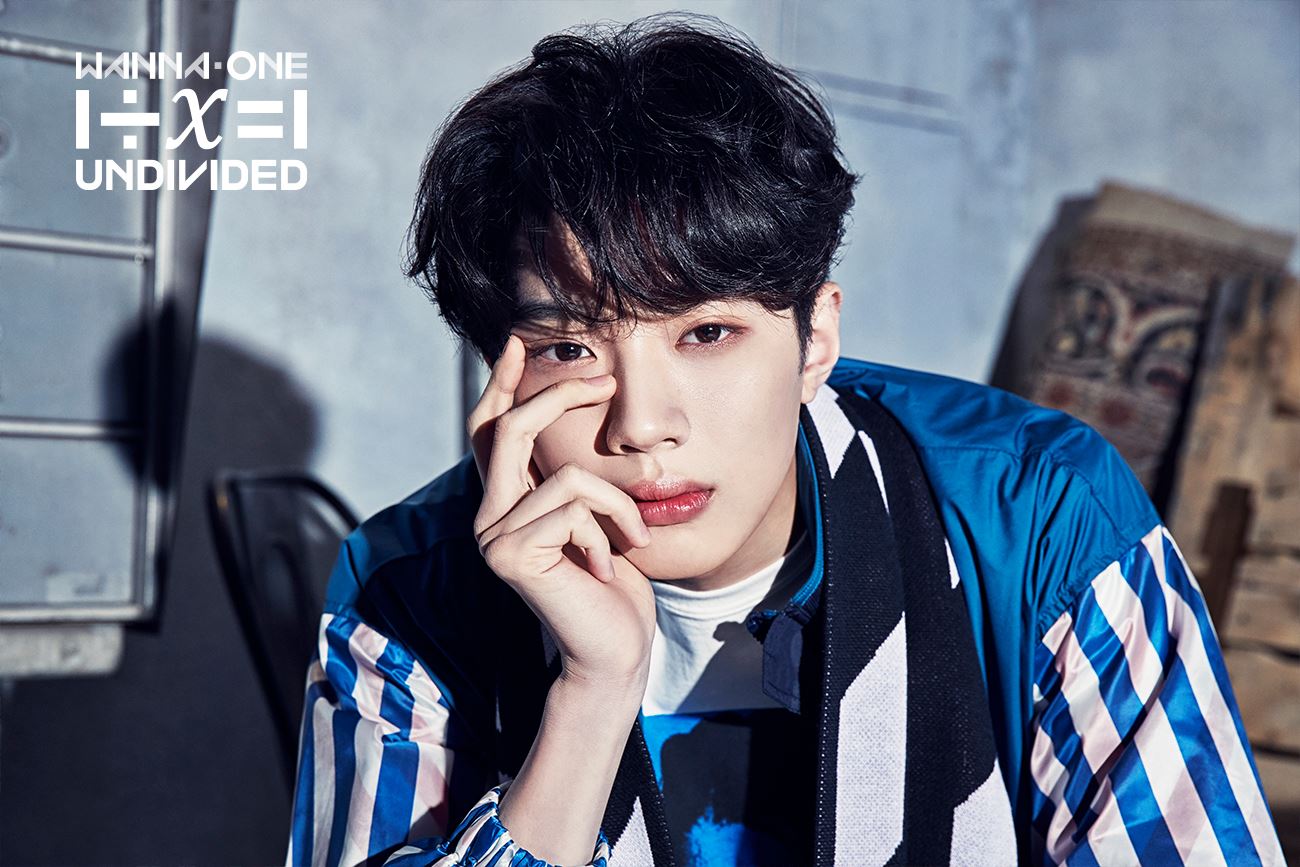 Lai Guan Lin is the youngest and only foreign member in Wanna One.

He was just beginning to learn Korean when he appeared on Mnet’s “Produce 101 Season 2” and his skills have increased over time. After the show ended, Lai Guan Lin posted a handwritten letter thanking fans for their support, where his neat handwriting showed how much effort he put into the letter. 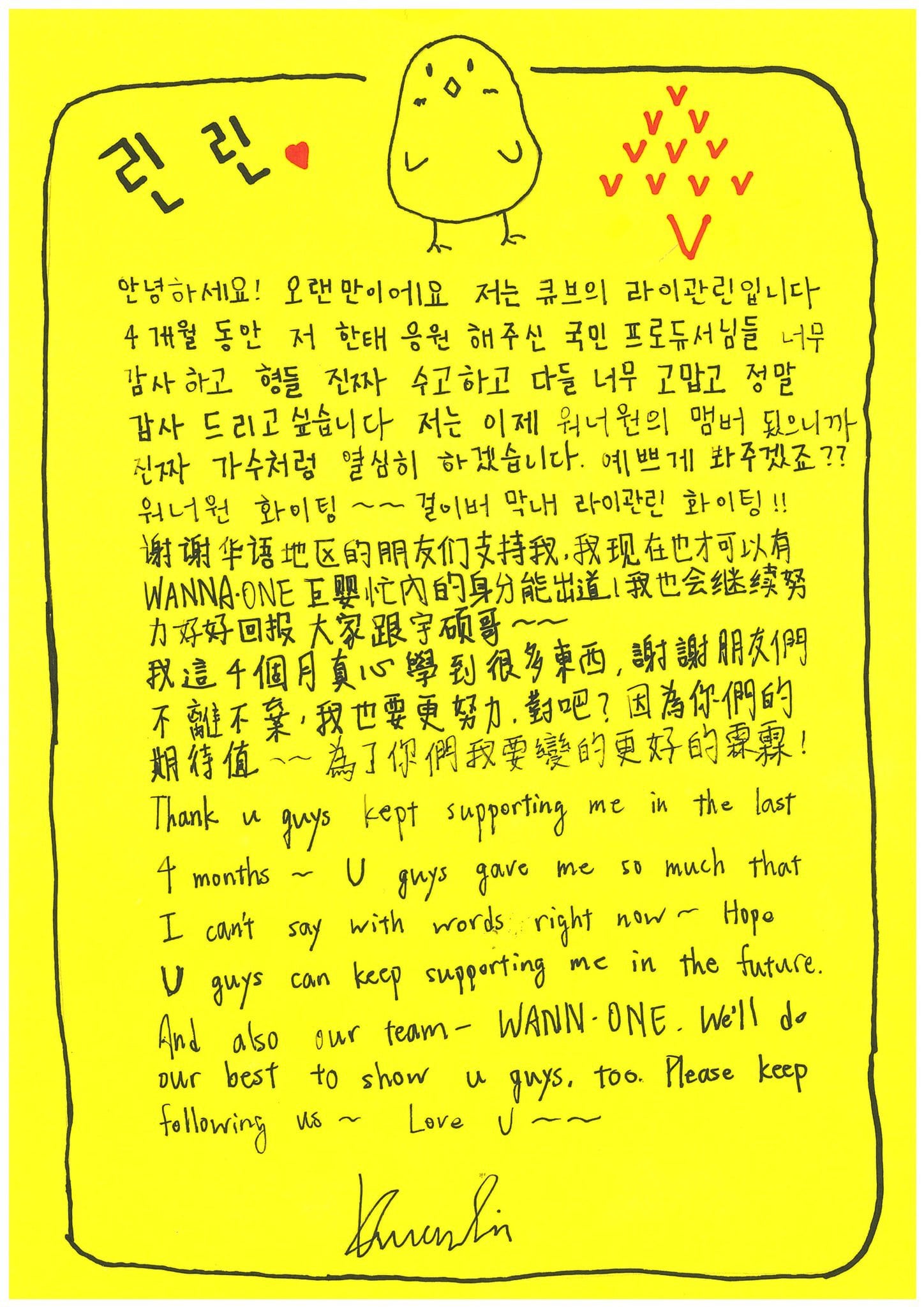 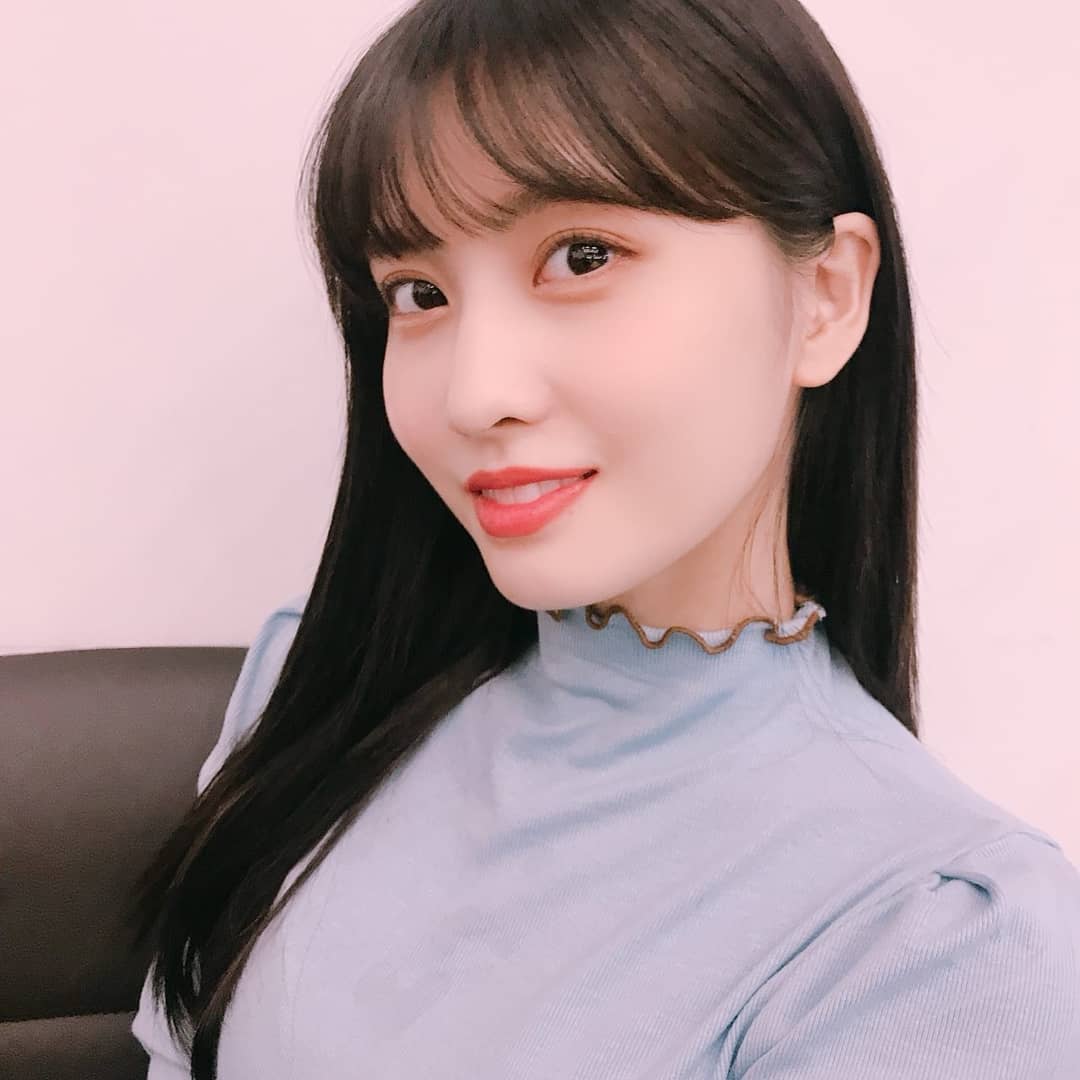 Momo is one of the three Japanese members in TWICE. A contrast to her charismatic appearance onstage, Momo has adorable, rounded handwriting that perfectly matches her cute personality. 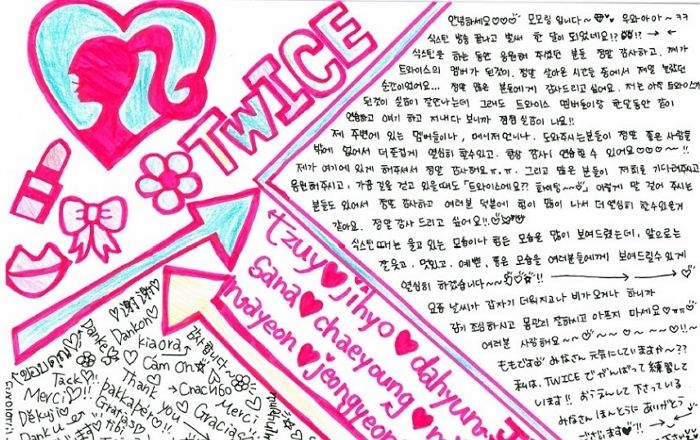 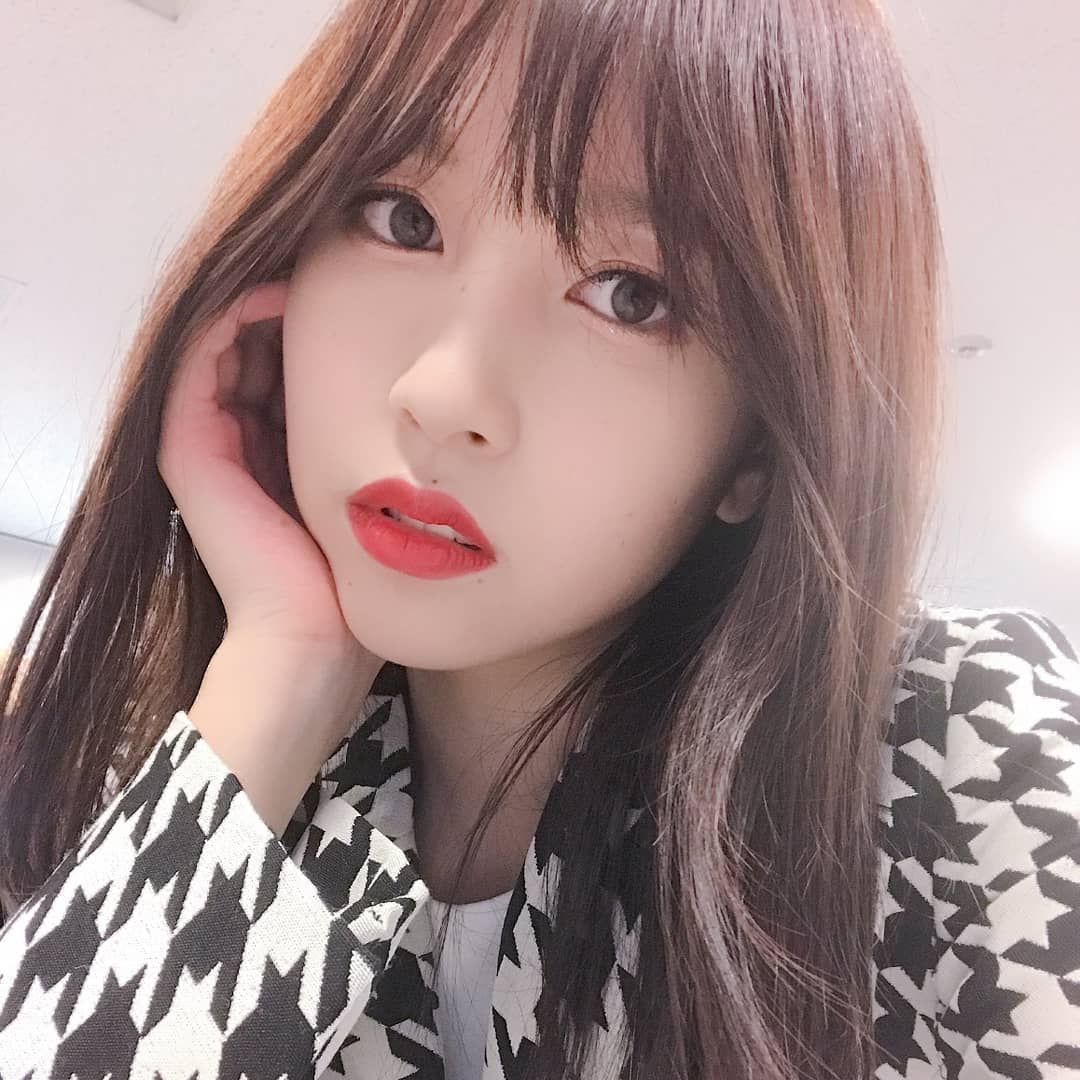 Mina’s handwriting matches the cute little emoticons she likes to include in messages to fans, which adds to the list of her many charms. In a handwritten letter addressed to fans before her debut, she thanked her fans for their support. 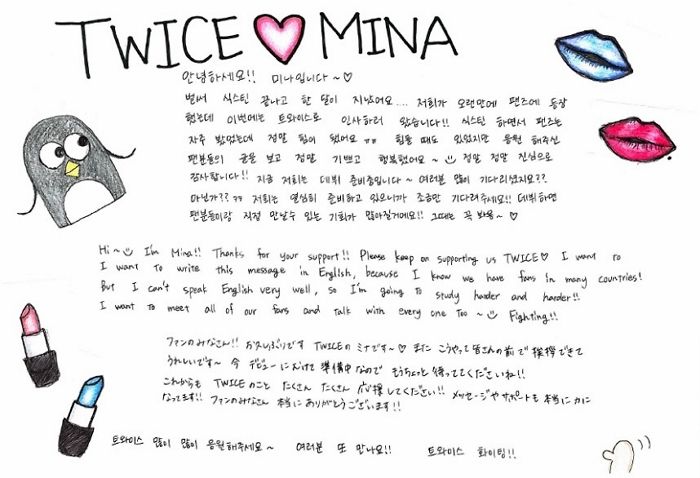 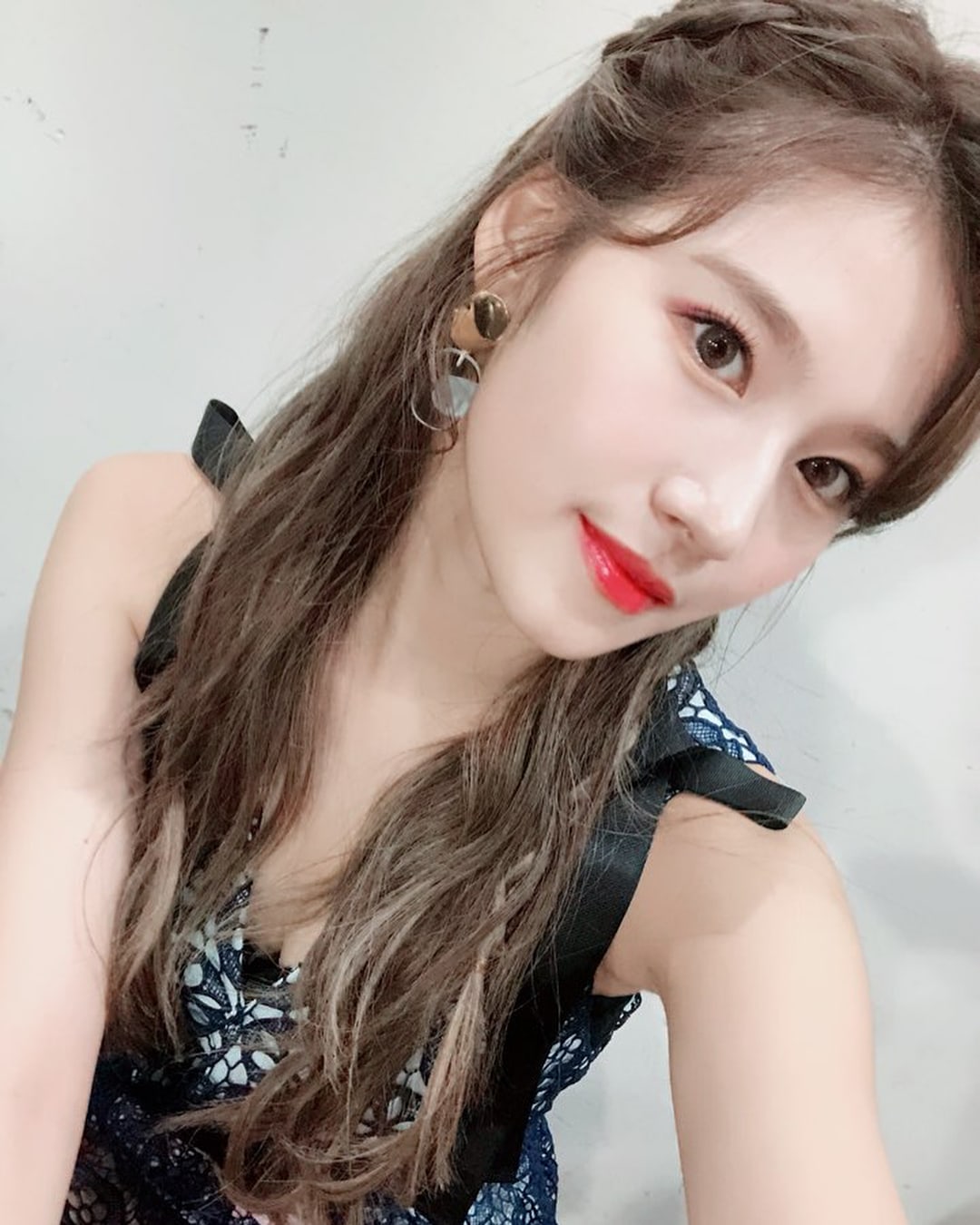 Sana is quite well-known for her handwriting.

In the “Thanks To” section of TWICE’s album, Sana filled the page with her cute handwriting to address the many people she was thankful for. 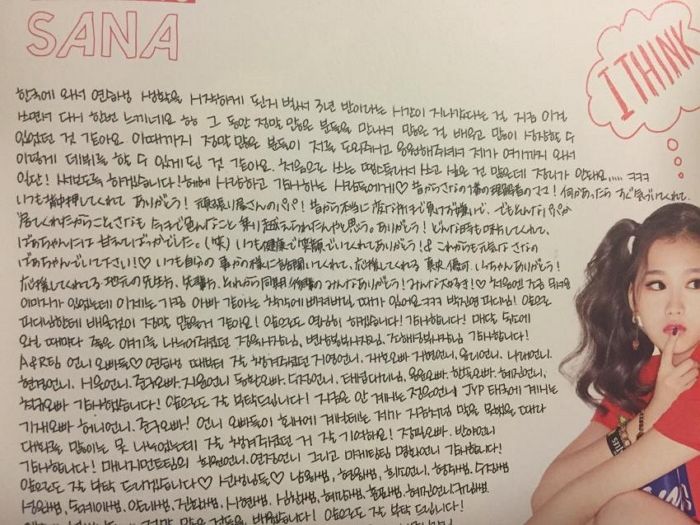 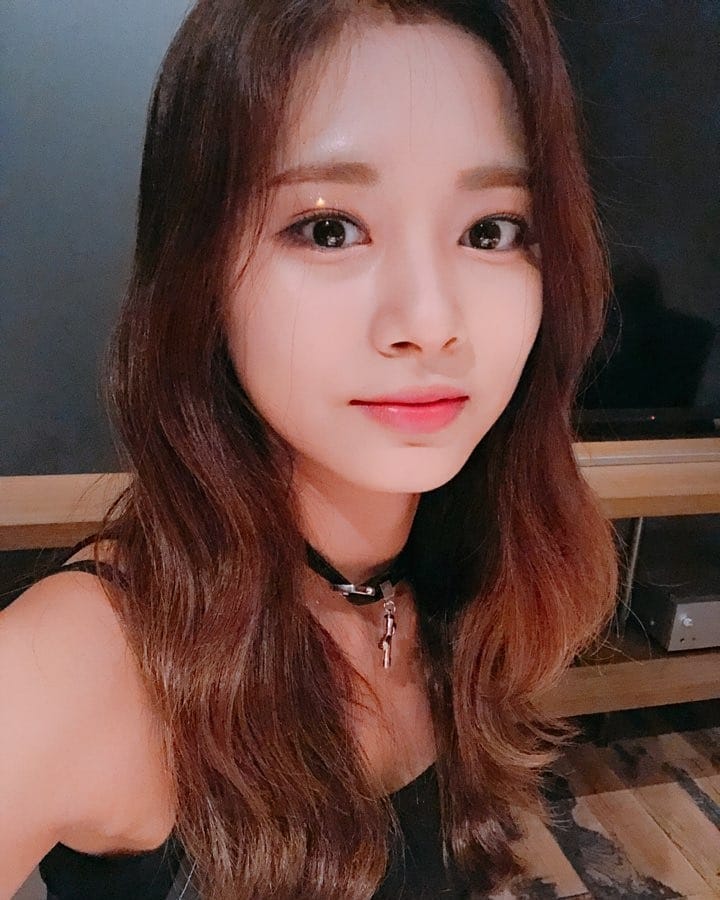 Tzuyu’s handwriting is just as neat as her personality.

She addressed the many people she was thankful for in the “Thanks To” section and wowed fans with her penmanship and how were words were perfectly spaced apart. 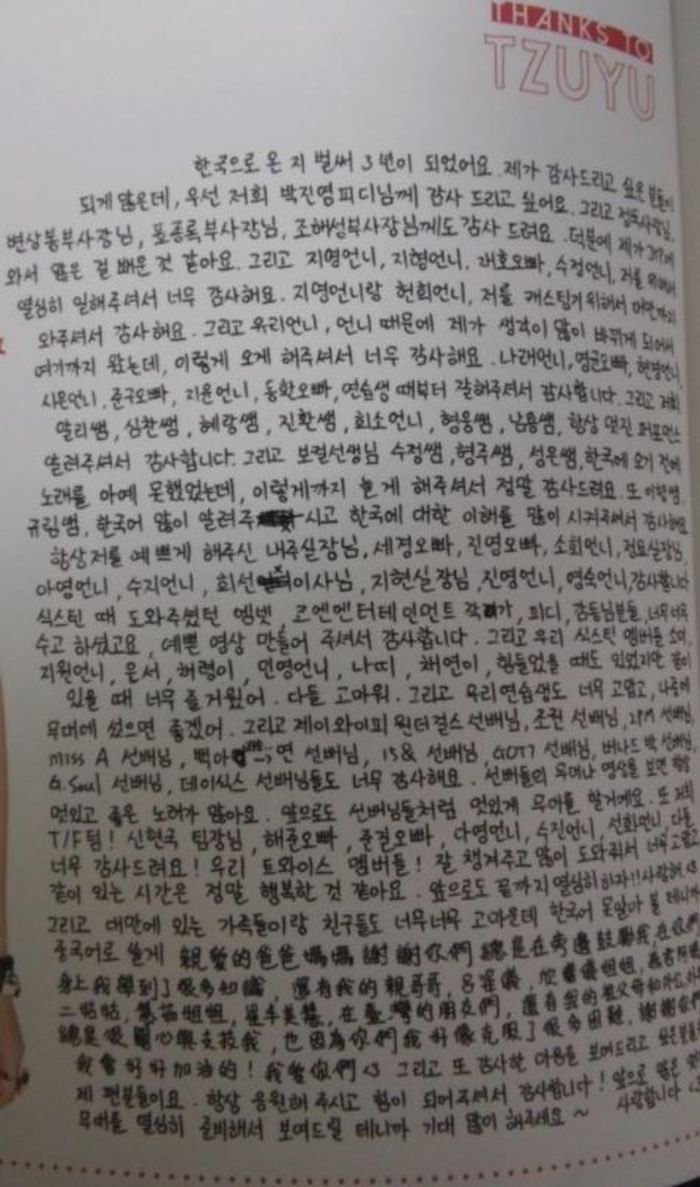 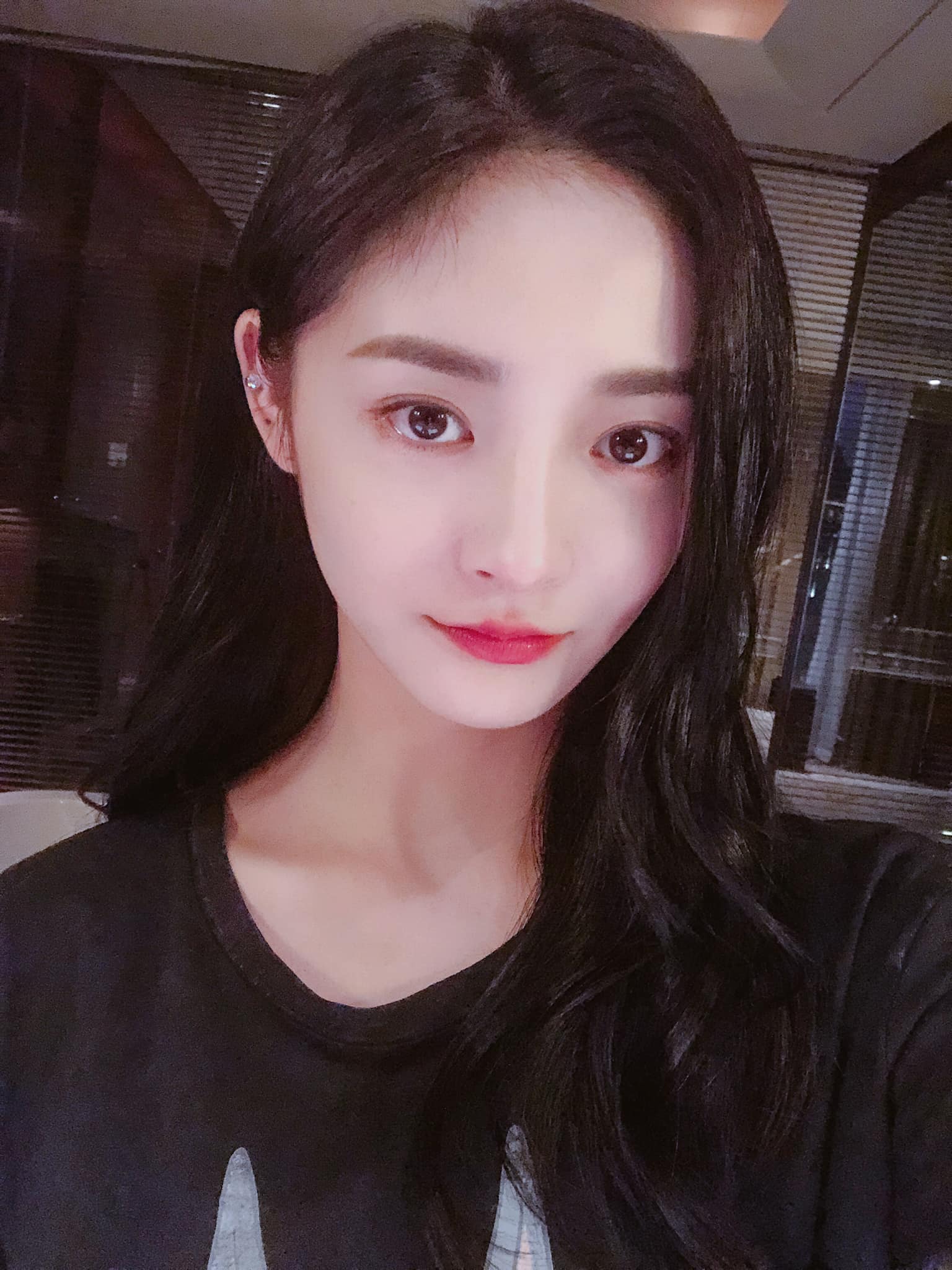 Kyulkyung is a Chinese member in the girl group PRISTIN. She is fluent in Korean and can freely express herself. In a handwritten profile, she showcased her computer font-like handwriting to share interesting information about herself. 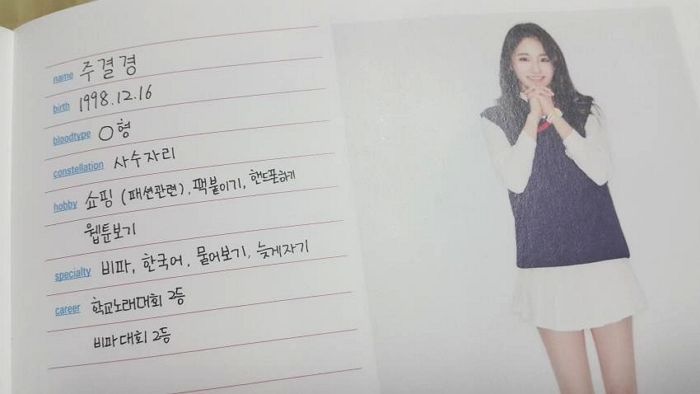