Jang Do Yeon and Nam Tae Hyun went on a date in Yeouido. The two visited comedian Yang Se Chan, who brought up a recent kiss scene he did with Jang Do Yeon during tvN’s “Comedy Big League.”

Suggesting that Nam Tae Hyun and Jang Do Yeon also do a pretend kiss, Yang Se Chan showed Nam Tae Hyun what to do, putting his thumb over her lips and making note of where the camera is before going in for the kiss.

Before leaving, Yang Se Chan also got the couple to hold hands. 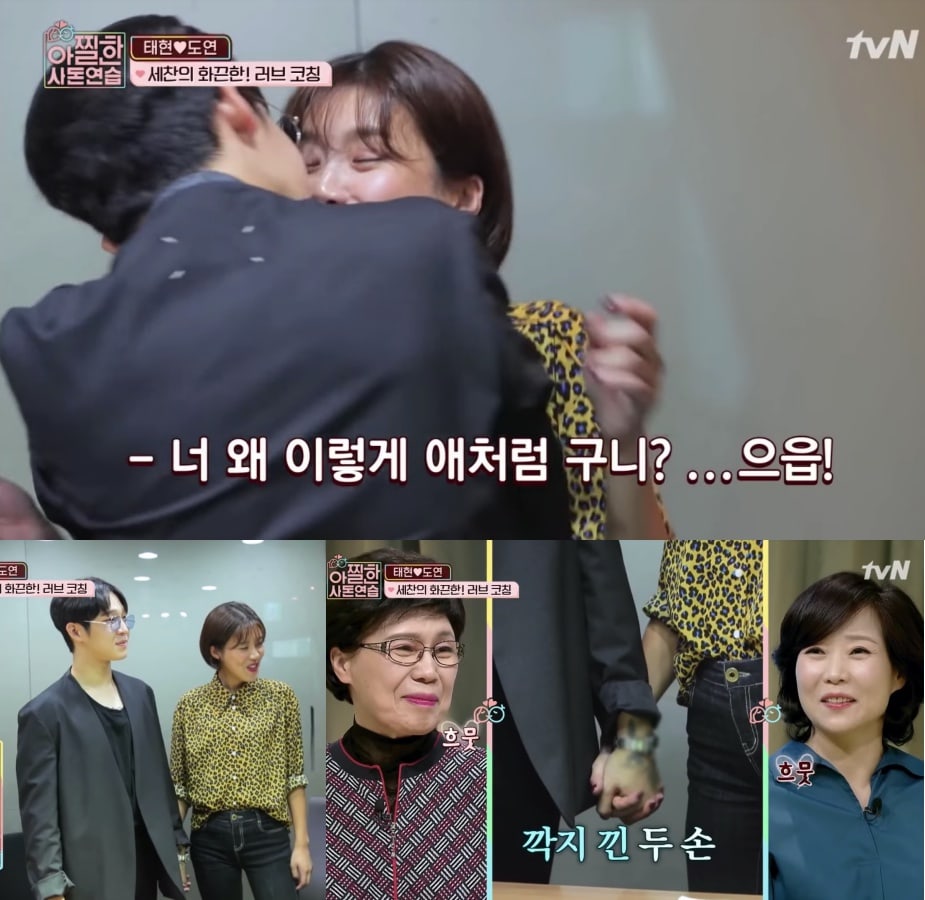 The two then went over to Yeouido Park, where Nam Tae Hyun confessed that one of his ex-girlfriends from a long time ago, a celebrity, worked at KBS, and that he had been to the park before while waiting for her to leave work. Nam Tae Hyun, realizing Jang Do Yeon wasn’t happy, grabbed her hand and linked arms with her.

Jang Do Yeon said in her interview, “I really value Nam Tae Hyun’s honesty. I really like it. People say that in a relationship there can be no secrets, but something like [an ex-girlfriend]? It’s better not to hear about it. But he was still cute, not knowing what to do after he told me and [grabbing my hand and arm].”

Nam Tae Hyun, having heard that Jang Do Yeon couldn’t ride bikes, said he would teach her. Jang Do Yeon said, “You might get mad at me. A lot of people have tried teaching me, but they all failed.”

Even after many failed attempts, however, Nam Tae Hyun didn’t give up. In Jang Do Yeon’s interview, she said, “Nam Tae Hyun was trying so hard to help me in the heat, I wanted to do whatever I could to succeed and wrap it up so we could go home.”

True to her word, Jang Do Yeon eventually succeeded, riding the bike by herself.

Later that evening, Jang Do Yeon took Nam Tae Hyun to an adult night club, something they had talked about when they first met, and danced together. Although the night club doesn’t usually let in anyone under 30, they made an exception for Nam Tae Hyun because he has an “adult guardian.” He said in his interview, “I had heard a lot of things that people 19 and under can’t do, but this was the first time I heard of something off-limits to someone in their 20s. When they said it was okay for me to enter because I had a guardian, I didn’t like that.” 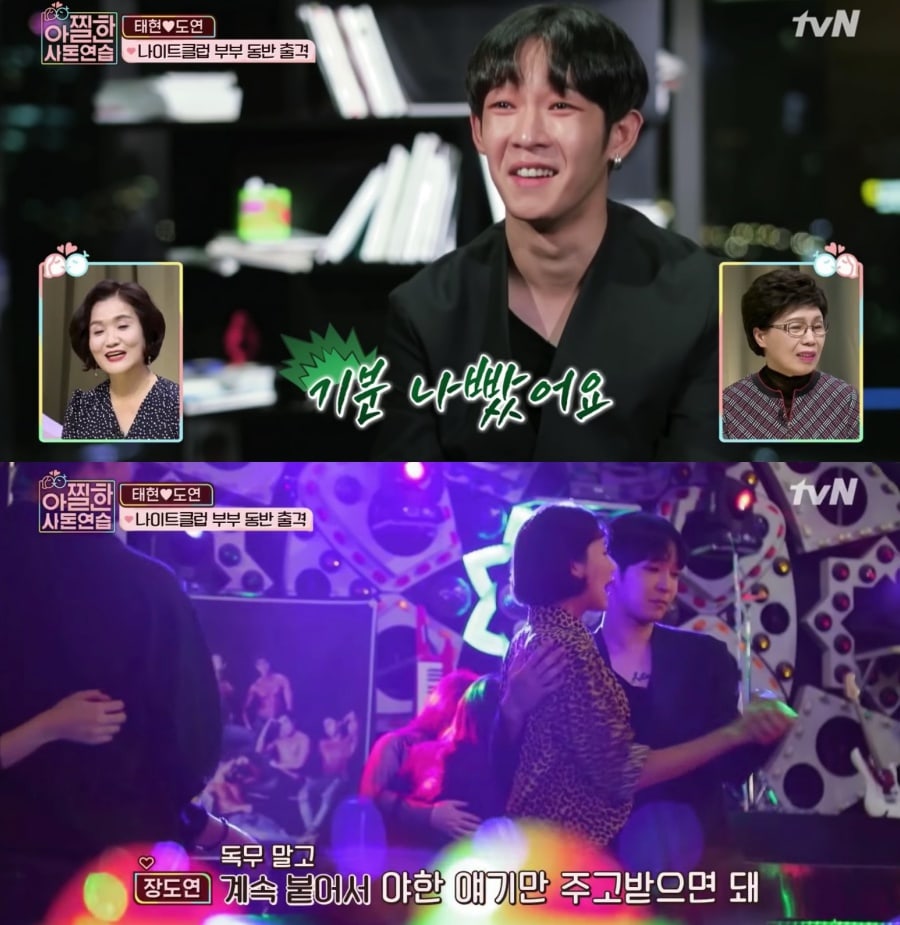 Meanwhile, Lovelyz’s Mijoo and Kwon Hyuk Soo had a Halloween-themed housewarming party, and dressed up as Harley Quinn and The Joker from “Suicide Squad.”

Mijoo said in her interview, “I could’ve acted so much more crazy. But even when I slightly grabbed a railing, [Kwon Hyuk Soo] seemed really embarrassed, so I didn’t go any further than that. I wanted to do more, though. I was ready to be crawling on the ground.” 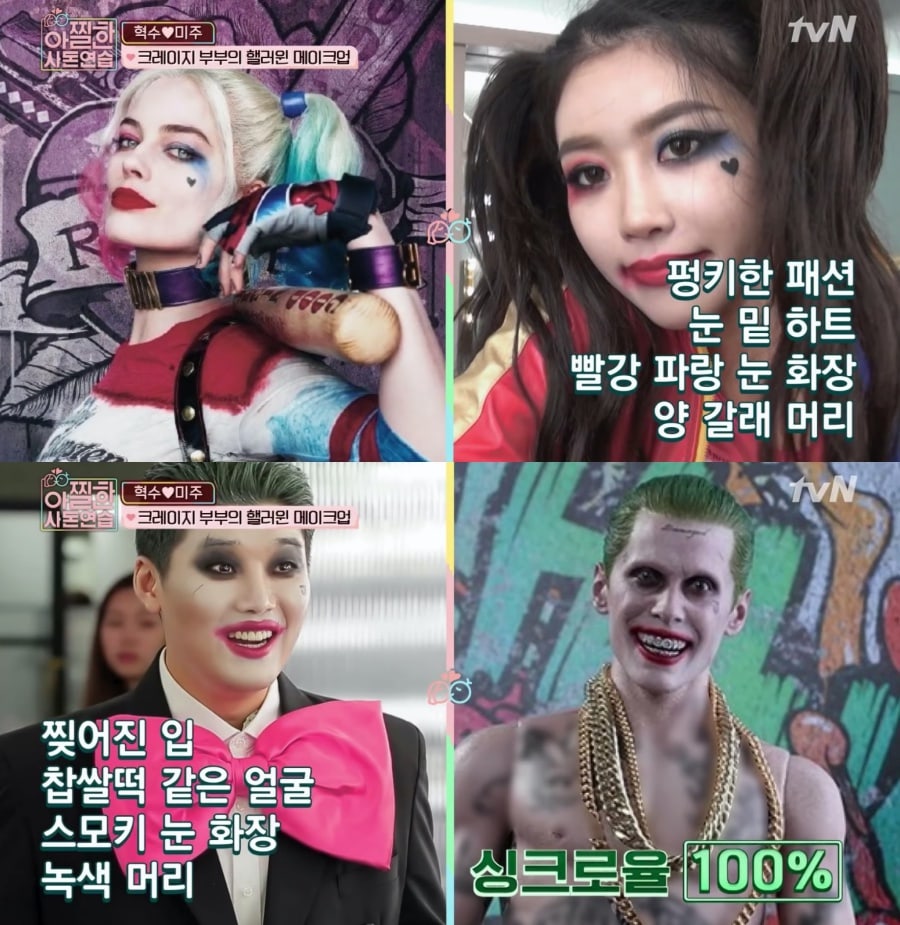 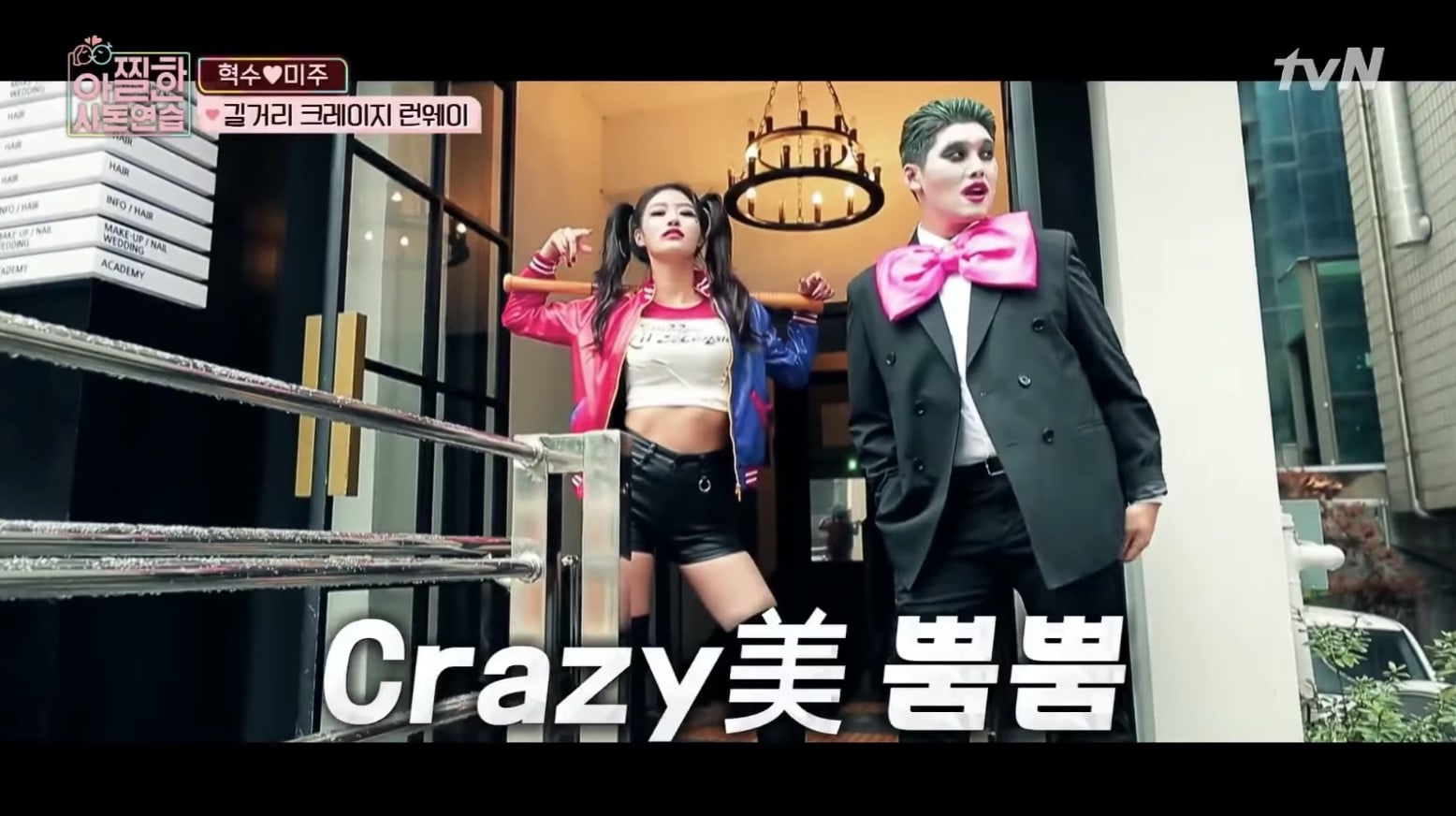 Lovelyz members came over for the housewarming party and gave the couple a lie detector. Playing the game, Mijoo asked, “Do you love me?” Kwon Hyuk Soo confidently said that yes, he does, but the buzzer went off, saying he lied. He tried again, but to no avail, with the machine saying that his love is a lie.

Kwon Hyuk Soo said, “The game is cheap. I put it on, and they say it’s supposed to measure your heart rate, but it doesn’t look like there’s anything that does that.”

Mijoo, on the other hand, said, “Really.. I wanted to chase him out. Forget Halloween and everything. But I tried to think about it in good terms. That it’s just a toy. It’s a toy, it’s a toy.” 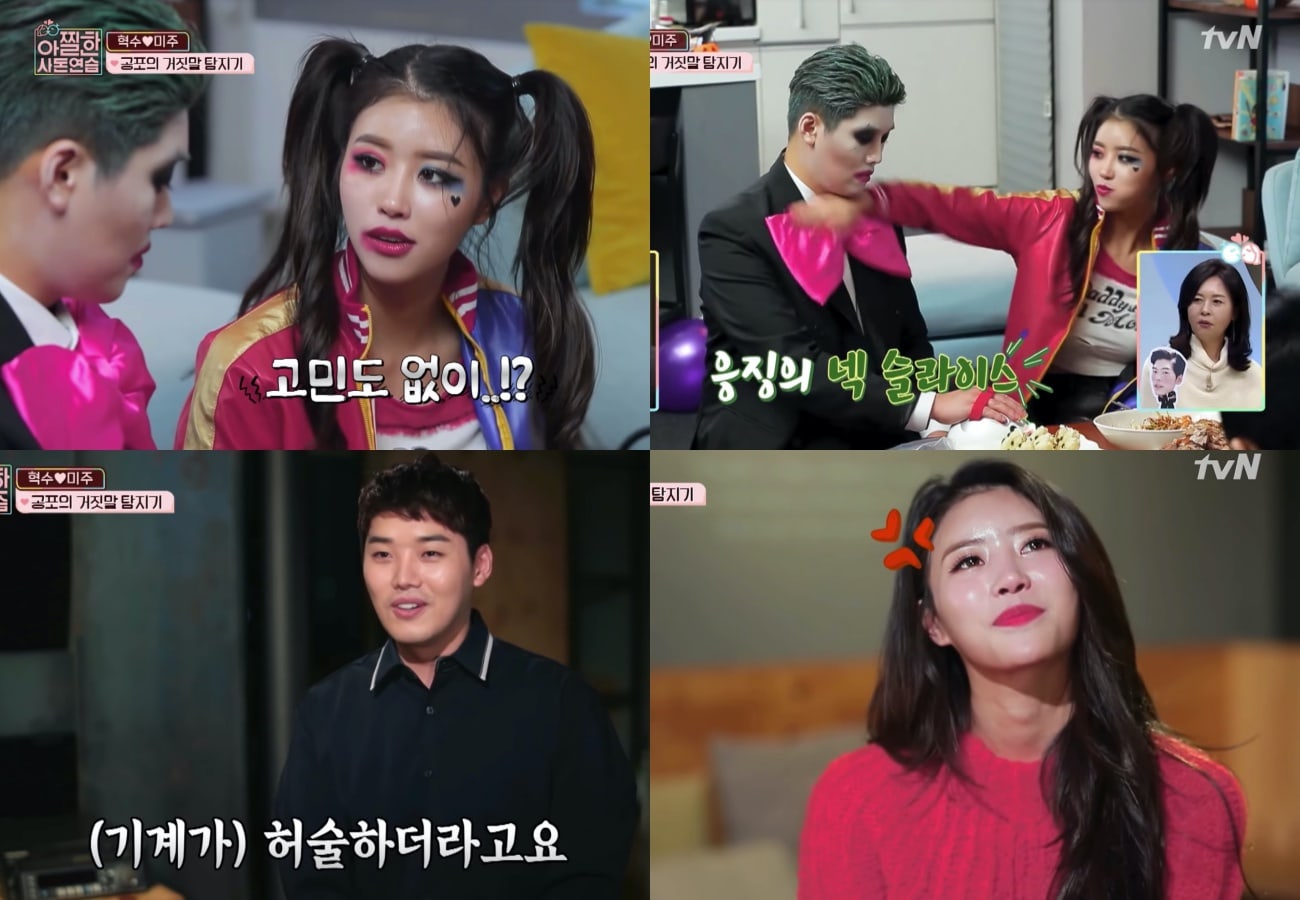