f(x)’s Krystal Makes A Stunning Transformation In “The Player”

f(x)’s Krystal takes on a sophisticated look for “The Player.”

“The Player” is about a con artist, a hacker, a fighter, and a driver who work together to take down the wealthy corrupt. Krystal plays Cha Ah Ryeong, a fearless driver who doesn’t hold back on the road.

Cha Ah Ryeong is normally treated like a brother to Kang Ha Ri (played by Song Seung Heon), Im Byung Min (played by Lee Si Eon), and Do Jin Woong (played by Tae Won Suk), and prefers to wear jeans as well as baggy t-shirts. However, in newly released photos, she wears a striking purple dress and has her hair and makeup done as well. She also appears to be heading to some kind of event, as she leaves her trusted car behind. 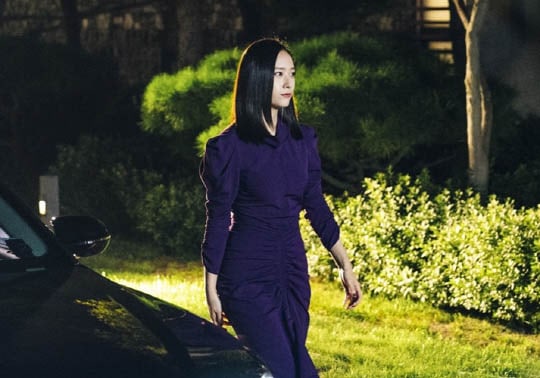 In a previously released teaser, the criminal profits recovery team takes on corrupt lawyer Jin Yong Joon (played by Jung Eun Pyo). Cha Ah Ryeong searches a cabinet and exclaims, “I found it!” and also encounters several unidentified assailants. She also gets into an altercation alongside Do Jin Woong.

f(x)
Krystal
The Player
How does this article make you feel?