Winners Of The 2nd Seoul Awards

The Seoul Awards has announced this year’s winners, honoring some of the greatest in film and television dramas in the past year.

The awards show was on held on October 27 at the Peace Hall in Kyung Hee University, with Kim Ah Joong and Jung Hyun Moo returning as the MCs for the second year.

This year’s grand prize for the film category went to “The Spy Gone North,” a film that is based on a true story about a South Korean spy who infiltrates the North to obtain intelligence on nuclear weapons plans. The grand prize for the drama category went to tvN’s “My Ahjussi,” a story about three middle-aged brothers and a woman who learn to heal each other’s past scars.

The awards ceremony also dedicated a special moment to Kim Joo Hyuk, who won the Best Supporting Actor Award last year for his role in “Confidential Assignment.” The actor unfortunately passed away in a car accident a few days afterwards, and the awards ceremony took time to commemorate his illustrious career and replay his acceptance speech. 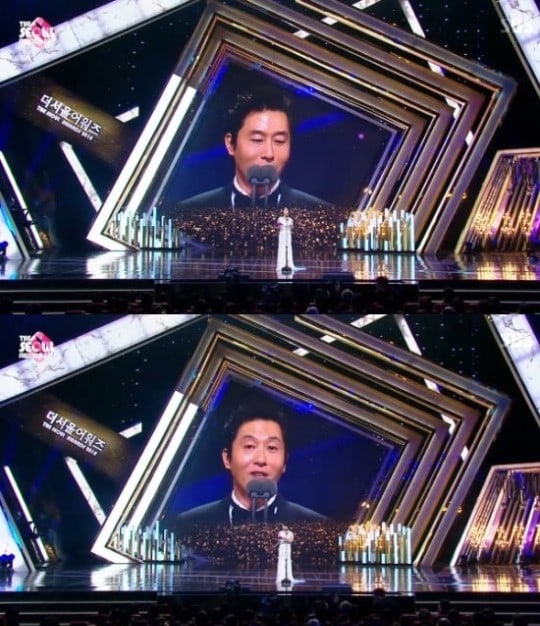