IU told the story of the time Song Joong Ki and Song Hye Kyo came to watch her concert.

On October 27, IU appeared as a guest on JTBC’s “Ask Us Anything” and shared how the situation unfolded at her concert.

IU said, “Song Hye Kyo, Song Joong Ki, and Park Sol Mi came. When I appeared [on stage] and looked, Song Hye Kyo and Song Joong Ki were in the very front row. Our eyes met as soon as I appeared. My mind went blank and I could only see them.”

She continued, “We don’t personally know each other, but they just came to watch the concert. I was surprised, so I performed while being extremely nervous during the entire concert. I thought that they definitely would have left during the encore, but they were still sitting there. They were there until the end.”

She added, “I was so nervous that I kept nodding during the concert. That’s how nervous I was. Later, they contacted me. They sent me a text message that they were leaving after enjoying the concert.” 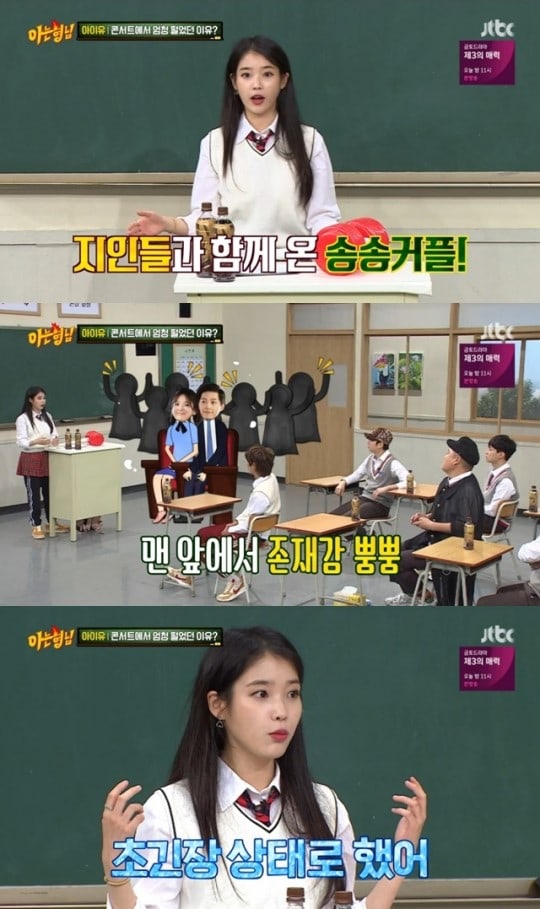 IU
Song Joong Ki
Song Hye Kyo
Ask Us Anything
How does this article make you feel?