MBN’s “Love Alert” has revealed a fun sneak peek at its main characters’ personalities and relationships!

Based on the popular web novel of the same name, “Love Alert” is an upcoming drama that will tell the story of a fake relationship between an A-list actress and a famous doctor. Yoon Eun Hye will star as the highly successful actress and hopeless romantic Yoon Yoo Jung, while Chun Jung Myung will play Dr. Cha Woo Hyun, who is incredibly popular with women but uninterested in dating.

In the first of the newly released individual posters of the drama’s starring cast, “world star” Yoon Yoo Jung poses against a cheerful pink backdrop and begs, “Please pretend to date me for just three months!” 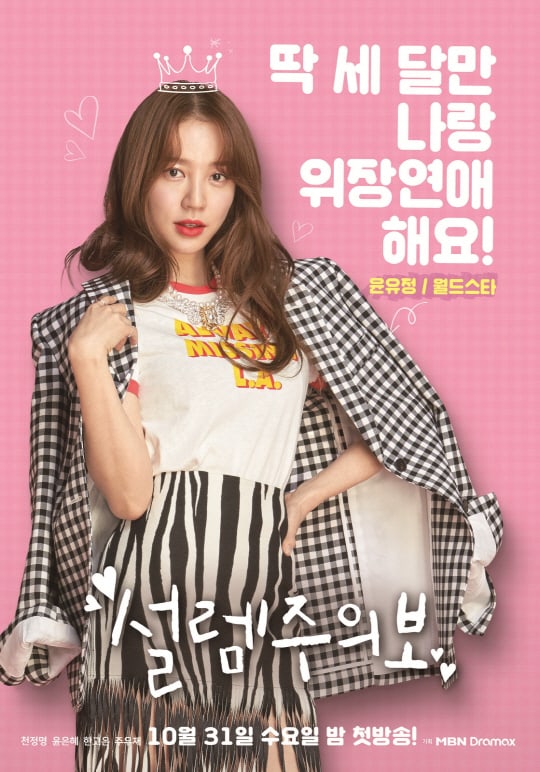 In contrast to Yoon Yoo Jung’s vibrant poster, “star doctor” Cha Woo Hyun’s poster is as muted and grey as his frosty, no-nonsense personality. He responds to Yoon Yoo Jung’s proposal by coldly asking, “Isn’t that fraud? I refuse!” 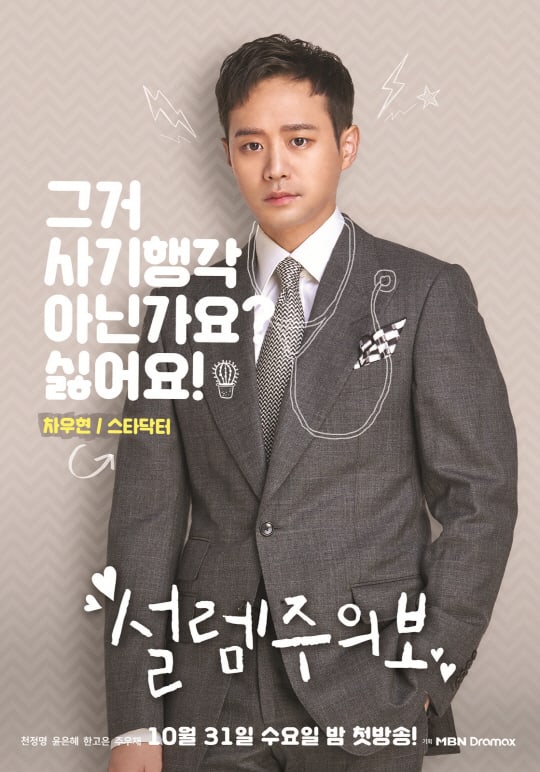 The third poster features Han Go Eun in her role as Han Jae Kyung, the head of Yoon Yoo Jung’s agency. Looking fierce in a bold red suit, the determined Han Jae Kyung declares, “I have to save Yoo Jung! Please become her official boyfriend!” 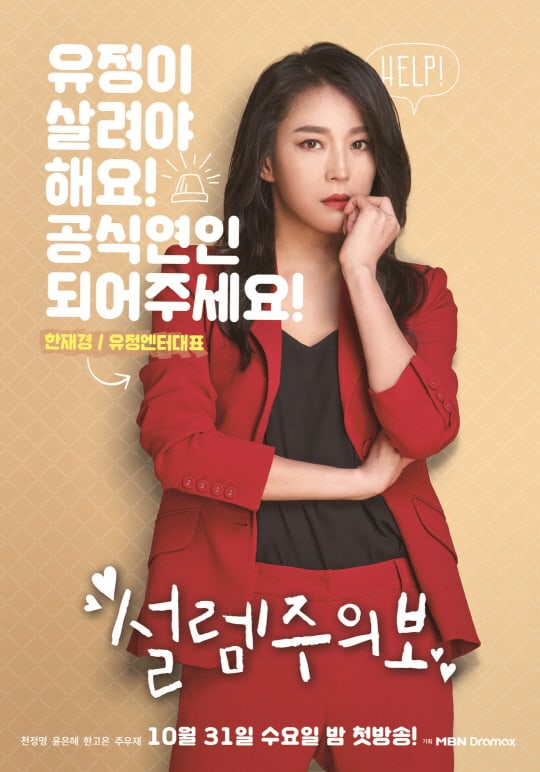 Finally, the fourth poster shows Joo Woo Jae in character as Sung Hoon, Yoon Yoo Jung’s close friend and fellow actor, looking none too pleased about the situation at hand. Sung Hoon offers to step in as Yoon Yoo Jung’s fake boyfriend instead of Cha Woo Hyun, saying, “A fake romance with Yoo Jung? I’ll do it!” 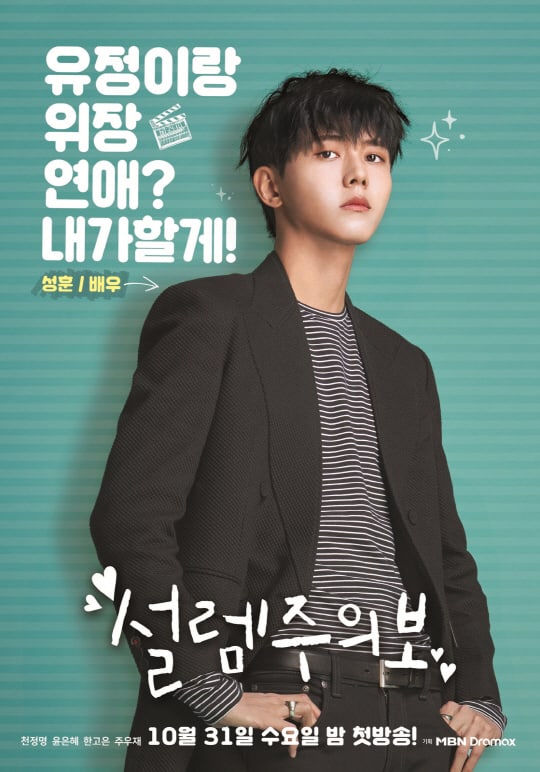 “Love Alert” premieres on October 31 at 11 p.m. KST and will be available with English subtitles on Viki.