If you’re invested in the K-drama world, you may be pretty familiar with the name Kim Eun Sook – the mastermind behind the scripts of several blockbuster-esque dramas that have raked in millions of viewers from all over the world. To commemorate all the amazing work she has done, here’s a look at some of her best dramas thus far! 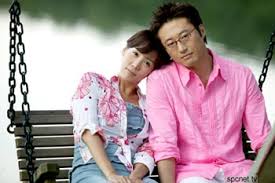 This is the hit series that started it all. “Lovers In Paris” was written by Kim Eun Sook and Kang Eun Jung. Although Kim Eun Sook had written a series prior to this one, “Lovers In Paris” is the one that really put her on the map and brought her a significant amount of fame. The series stars Park Shin Yang as Han Gi Ju and Kim Jung Eun as Kang Tae Young. The two leads were powerhouse actors at the time and had an immense amount of respect in the entertainment industry, which is why there was such a big response for this series.

The drama stars Gi Ju as a divorcee CEO of a motor company who falls in love with the poor housekeeper named Tae Young. The series also involves an epic love triangle between Park Shin Yang, Kim Jung Eun, and Lee Dong Gun, who plays Park Shin Yang’s nephew, Yoo Soo Hyuk. The series is set in Paris as the backdrop, which makes everything all the more romantic. There is also a twist at the end of the series which is completely unexpected and at the time the series was aired, it shocked a lot of the viewers. 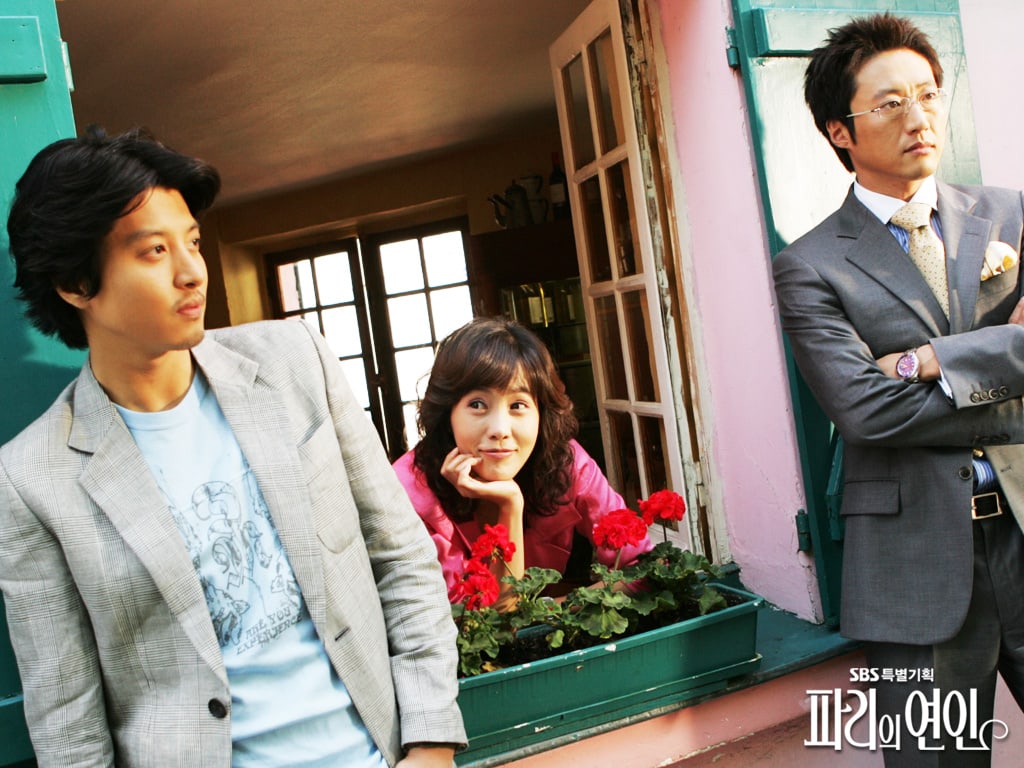 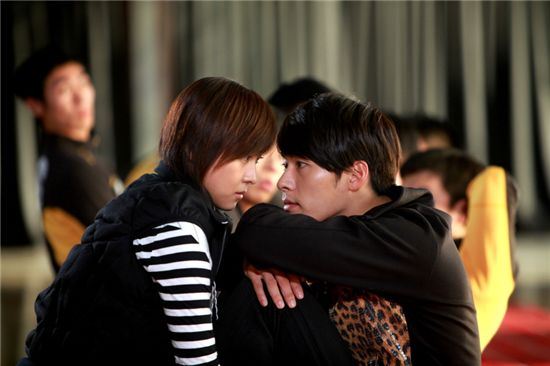 “Secret Garden” is the hit rom-com that aired on SBS in November of 2010. This body swapping series stars Hyun Bin as Kim Joo Won, a CEO of a department store, and Ha Ji Won as Gil Ra Im, a poor stunt woman. The two meet by chance through Oska (played by Yoon Sang Hyun) who is Joo Won’s pop idol cousin. The two leads are from totally different worlds, but somehow end up falling crazy in love with each other. Although Joo Won knows that his family and status will never allow him to be with Ra Im, he continues to follow his heart and pursues her relentlessly.

This series was set with high expectations prior to being aired as it starred two mega Hallyu stars. It obviously didn’t disappoint as it was the K-drama that solidified Kim Eun Sook as a successful series writer. The chemistry between Hyun Bin and Ha Ji Won was undeniable and was showcased on the small screen as two star-crossed lovers who were unable to be together. Viewers’ hearts broke for the two main leads who loved each other so deeply. 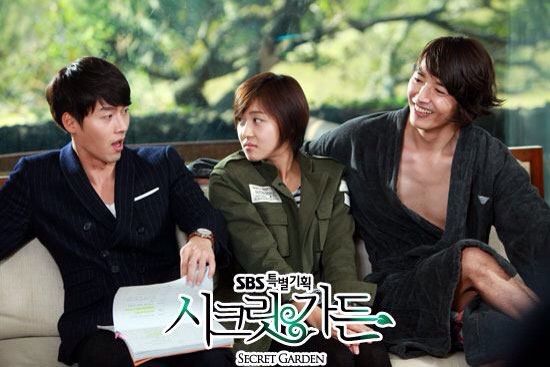 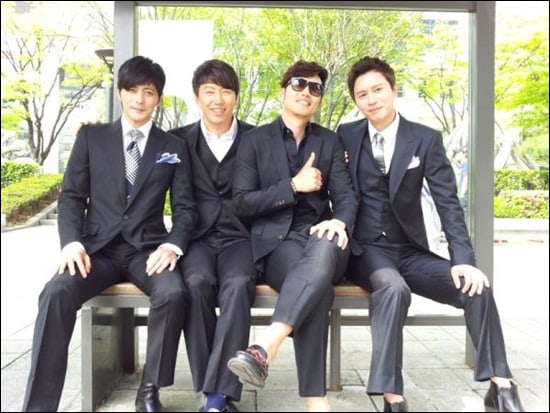 Jang Dong Gun plays Kim Do Jin, an arrogant middle-aged man who meets and falls in love with Seo Yi Soo (Kim Ha Neul). She doesn’t trust his playboy ways and makes it difficult for him to pursue her, but he does anyway. As he does, Do Jin realizes that his feelings for Yi Soo are more than skip deep, and he tries to win her trust.

If you didn’t know Kim Eun Sook from “Lovers In Paris” and “Secret Garden,” then “A Gentleman’s Dignity” is the series that people came to know her for. With Jang Dong Gun, Kim Ha Neul, Kim Soo Ro, Kim Min Jong, and Lee Jong Hyuk, you really can’t go wrong, right? But it isn’t just the killer cast that made this series the success that it was. It was Kim Eun Sook’s witty writing and ability to make this series about middle-aged men finding love, appealing to the mass of viewers. 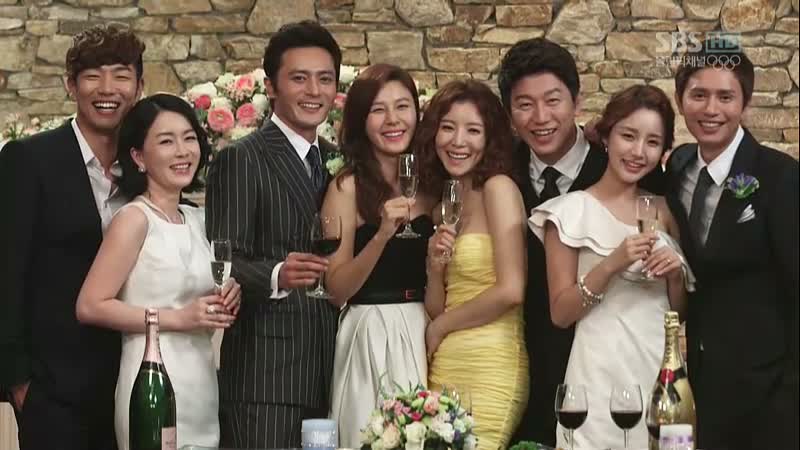 “Heirs” is a series that was very well received specifically in South Korea. There was a huge wave of people who had fallen for the male faces in the series as there were quite a few of them that were worth falling for; Kim Woo Bin, Lee Min Ho, Kang Ha Neul, Park Hyung Sik, Kang Min Hyuk, to name a few. The drama stars Lee Min Ho as Kim Tan, the rich chaebol, alongside Park Shin Hye as Cha Eun Sang, the poor housemaid’s daughter. 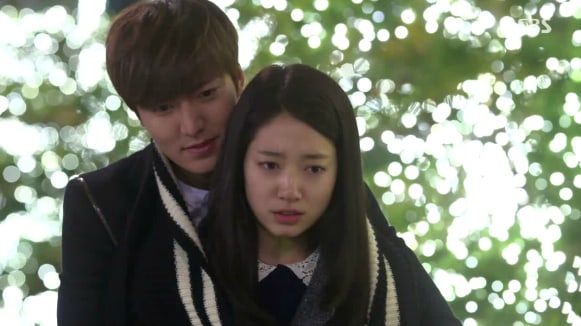 The two embark on a whirlwind of a romance that seems almost impossible mainly because Lee Min Ho is already betrothed to the daughter of another wealthy family. It seems like the world is against the two being together but Kim Tan continues to fight for Eun Sang.

This series brought about all the feels for viewers. There were specific lines delivered by the characters that made people fall for the series, and the specific fashion, some jewelry, and even the wallet that Eun Sang received from Kim Tan became big sellers in South Korea at the time. 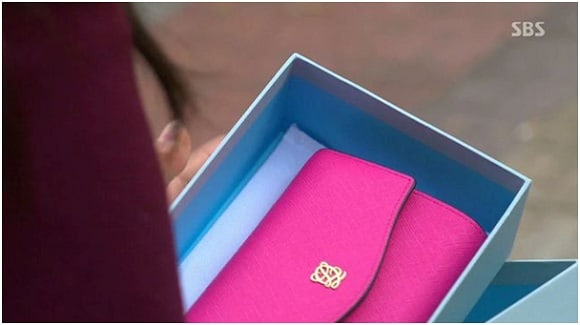 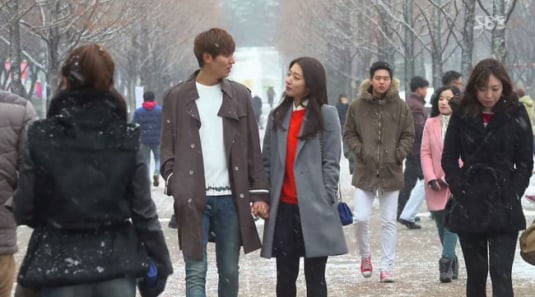 This is the founding series of the Song-Song couple. The chemistry between the two leads, Song Joong Ki and Song Hye Kyo, were apparent on-screen and with obvious reasons! This series was a hit all across Asia as people came to fall in love with the army captain Yoo Shi Jin and doctor Kang Mo Yeon. There were several serious catchy phrases and lines from the script that people are still reciting today.

We owe it all to the genius writing of Kim Eun Sook! 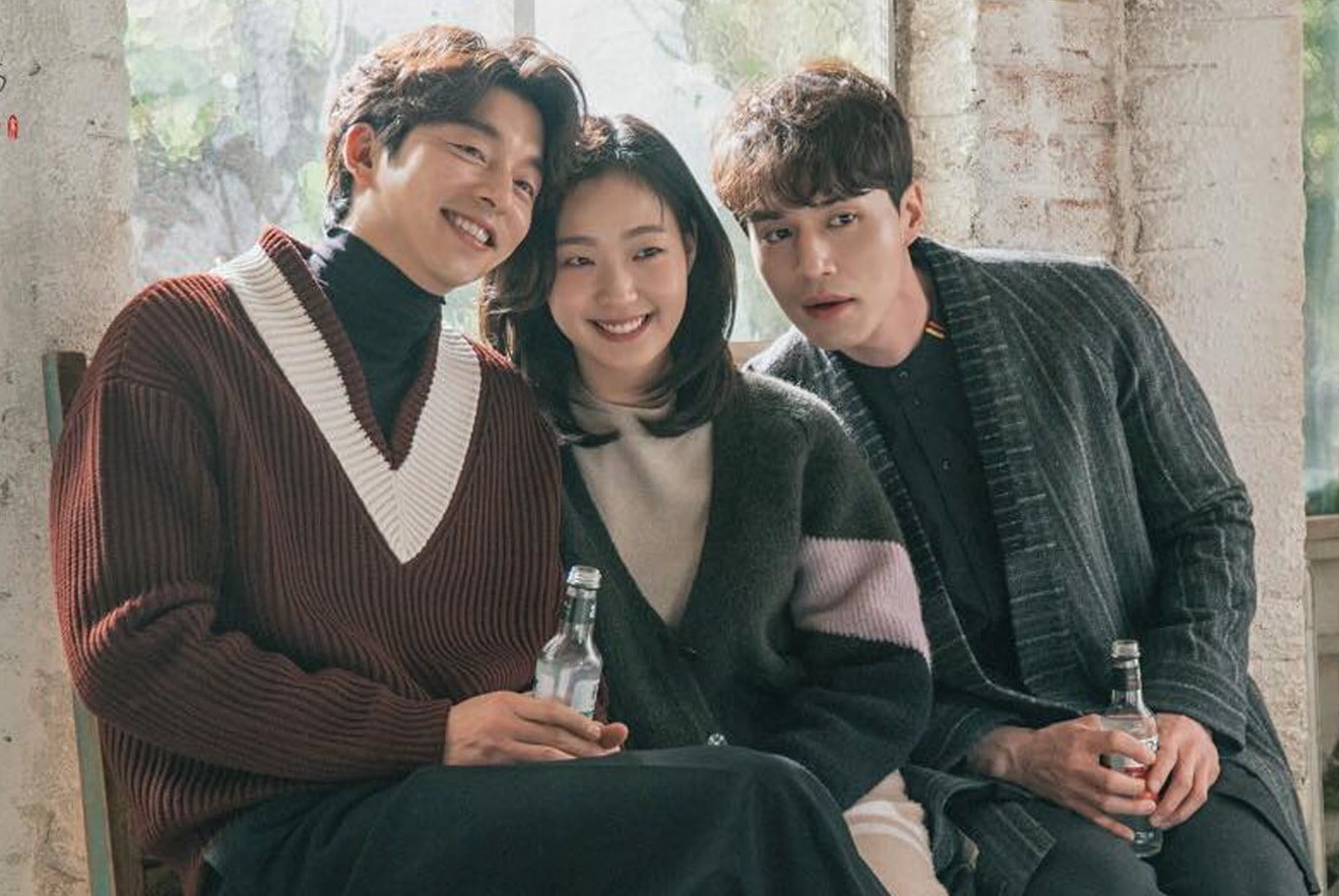 This series is a bit different from the typical rom-com vibe we got from Kim Eun Sook’s writing in comparison to past projects. The drama involves a goblin (played by Gong Yoo) and his bride (played by Kim Go Eun). The two embark on a whirlwind of a romance and are faced with a lot of serious and supernatural obstacles that jeopardize the two from being together. Sounds a lot different from the K-drama tropes that we’re used to, right? 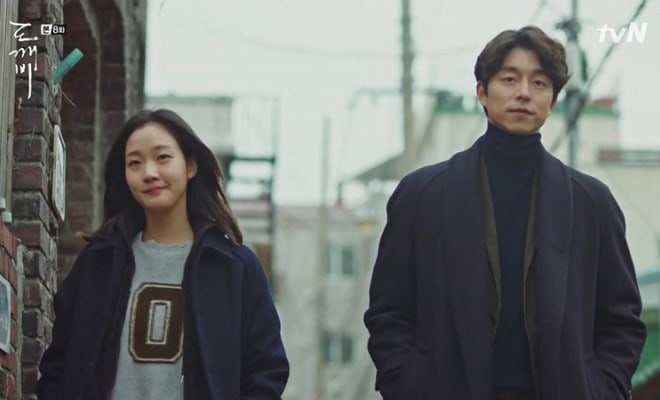 There are so many elements to this series that made it the hit it was. Not only is the unique storyline refreshing, but there is also the added bonus of a sizzling bromance between the goblin and grim reaper, played by Lee Dong Wook. The sassiness of the characters and underlying messages in the story is what brought this series to another level and showcased what a true genius Kim Eun Sook really is. Her message about hope and death, appreciating those around you while they’re still here, and even her ability to bring about these topics with a touch of humor all really made this script pretty much flawless. You really can’t compare it to any other K-drama!

Also, we can’t forget about the drama’s breathtaking cinematography: 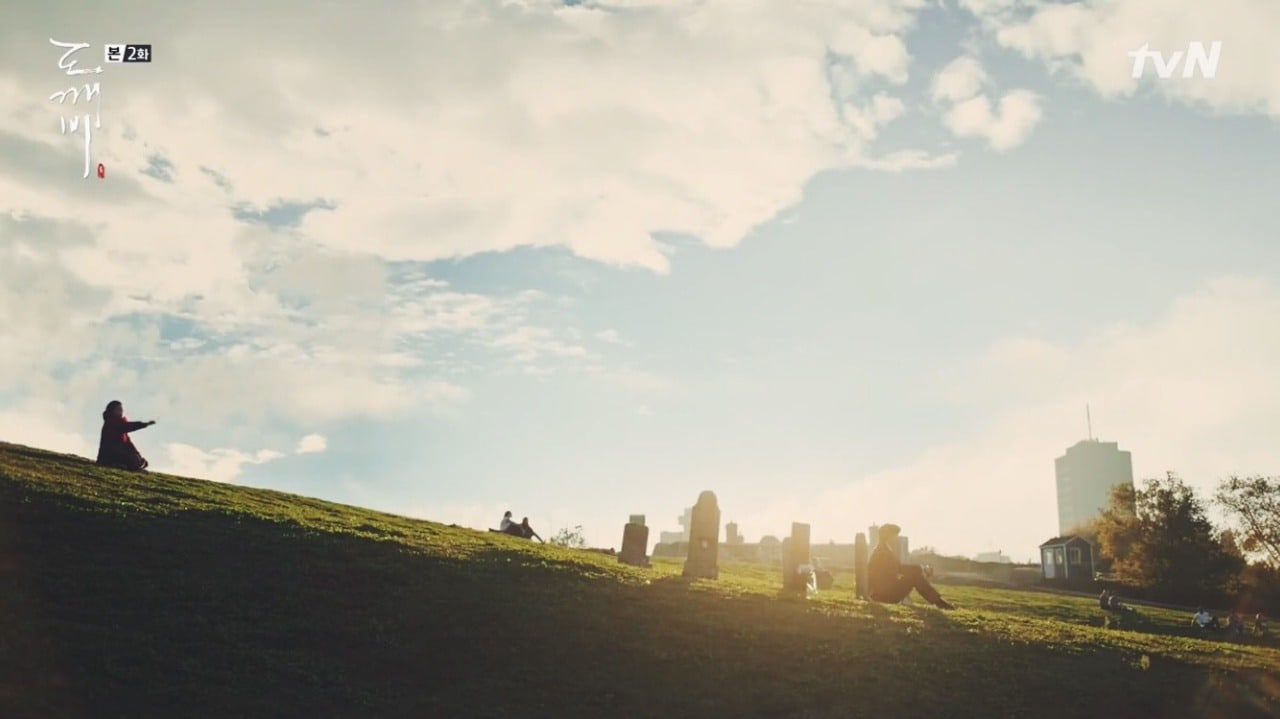 Just when you thought Kim Eun Sook was running out of ideas, she brought out the big guns. This epic block-buster of a series stars Lee Byung Hun as Eugene Choi and Kim Tae Ri as Go Ae Shin in a historical piece that is set in the early 1900s. The story involves Eugene falling in love Ae Shin despite their starkly different backgrounds. Eugene was born as a slave, but runs away to America where he becomes a Captain of the Marine Corps while Ae Shin is a Joseon noblewoman. 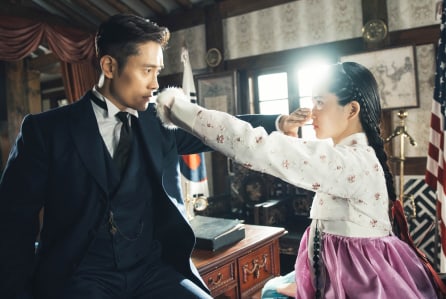 The series was well-received for its killer cast, which also included Yoo Yeon Seok, Kim Min Jung, and Byun Yo Han, and it was also received well for the cinematography.

Kim Eun Sook has yet again succeeded in bringing viewers a series that is so perfectly written that it’s almost incomparable to other K-dramas. She’s a one-of-a-kind writer and we can expect far more hits in the future!

Hey Soompiers, which Kim Eun Sook series is your personal favorite? Let me know in the comments below!

Currently watching: “Terius Behind Me,” “The Beauty Inside,” “The Third Charm,” “The Smile Has Left Your Eyes,” and “Where Stars Land”
All-time favorite dramas: “Secret Garden,” “Goblin,” “Because This Is My First Life,” “Star In My Heart”
Looking forward to: Won Bin‘s return to the small screen and Song Joong Ki‘s next drama