“Matrimonial Chaos” is a romantic comedy that questions if marriage is the true completion of love. The drama explores the difference in women and men’s thoughts about love, marriage, and family. Lee El and Son Seok Gu play a married couple with an imperfect relationship. Although they look happy on the outside, they can’t open up to each other like married couples normally do.

In the drama, Lee Jang Hyun (Son Seok Gu) had an affair, but still carried fears about if he could truly make his wife happy. Jin Yoo Young (Lee El) knew about her husband’s infidelity, as well as the fact that he didn’t register their marriage, but she didn’t mention these issues. She didn’t want to cause complications in their relationship because she was still in love with him.

After a while, the relationship between these two characters changed. It was because Lee Jang Hyun told Jin Yoo Young that he was sorry. Due to his earnest request to repair their relationship, she happily complied with a smile. Their hearts opened up, and they began to work their way towards the road to happiness.

However, the drama released preview stills that show their happiness will not last long. Earlier, the two promised to register their marriage. For some reason, however, Lee El is tearing up the marriage registration while Son Seok Gu is lowering his head in front of his obviously upset wife.

The production crew stated, “A storm of emotions will overcome Jin Yoo Young. There will be a crisis in her relationship with Lee Jang Hyun. Please wait and see what’s going to happen to them.” 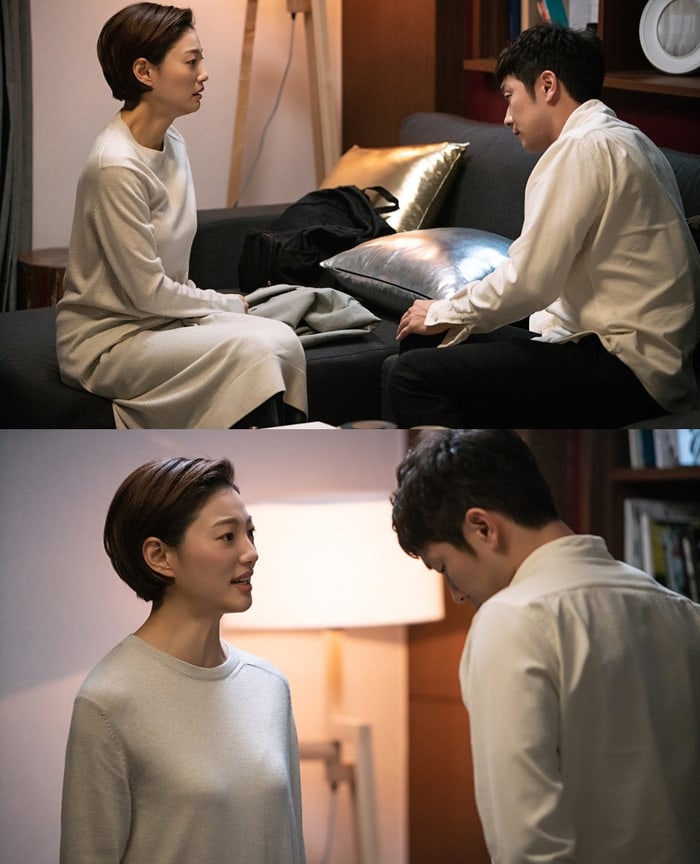 “Matrimonial Chaos” airs every Monday and Tuesday at 10 p.m. KST.