Lee Dong Gun currently appears in the SBS drama as Seo In Woo, the brilliant and talented leader of the management planning team. He used to be like brothers with Lee Soo Yeon (Lee Je Hoon), but a dark incident in their past turned them against each other.

1. What happened two years ago with Yang Seo Goon and Choi Moo Ja?

Not only does Seo In Woo have ill relationships with Lee Soo Yeon, but he’s also on bad terms with Yang Seo Goon (Kim Ji Soo) and Choi Moo Ja (Lee Sung Wook) as well. Seo In Woo is the one who approaches them first and suggests drinking together, but they are reluctant to get close to him. This adds to the question of whether there is another hidden past between the three people.

2. How is the homeless man related to Seo In Woo?

A homeless man (Park Ji Il) who gazes at Seo In Woo with a meaningful look appeared at the airport during last week’s episode. Even after Seo In Woo gave orders to get rid of him, he often appears at the airport and observes Seo In Woo. Seo In Woo also starts to regard the man with significance, and viewers are wondering what will happen to their relationship.

3. What will Seo In Woo’s ambitions result in? 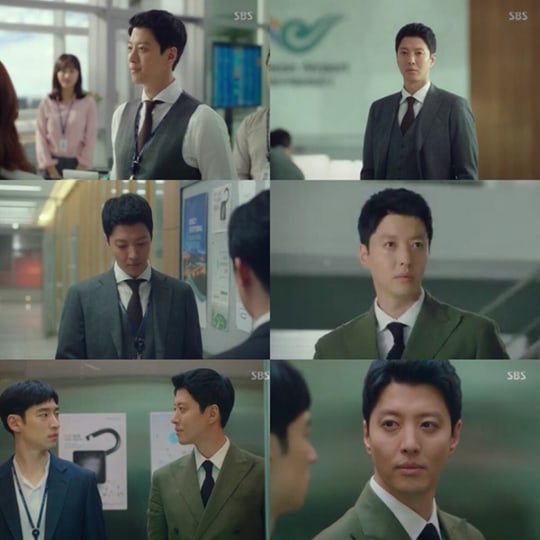 Watch the latest episode of “Where Stars Land” below!