A group of young adults will be running towards the stage of their dreams in YouTube’s original drama “Top Management”!

With its storyline centered around music, the drama will chronicle the ups and downs of idol group S.O.U.L as they strive to achieve their dreams.

With K-pop and Hallyu on the global rise, “Top Management” will be the first Korean drama to be produced as a YouTube Original drama.

Here are four things to look out for in “Top Management”:

Their perfect synergy will be the biggest factor to watch for in this drama. Other actors including Park Hee Bon, Jo Han Chul, and Bae Woo Jin will also make special appearances to help complete the storyline.

The youth’s pursuit of dreams

“Top Management” is about the not-yet-popular idol group S.O.U.L, singer-songwriter YouTube star Soo Yong, a trainee-turned-manager, and their journey as they try to reach the top of the charts.

The series will reveal the ups and downs of a manager with the ability to see a brief glimpse of the future as well as the blood, sweat, and tears of idol group S.O.U.L who struggle to reach the stage of their dreams. It will also show Soo Yong joining the team and learning to sympathize with his members through his music and passion.

K-pop and Hallyu are gaining global popularity. Many viewers are looking forward to seeing the synergy of YouTube and “Top Management” which will tell the story of K-pop through its web series. S.O.U.L and their manager will entertain fans all over the world by showing the realistic and dynamic world of K-pop.

The series is directed by Yoon Sung Ho, who has told the story of youth in his own way on various platforms.

Entertain viewers’ eyes and ears through high-quality visuals and music

From its production stage, a lot of effort was put into creating high-quality visuals and music. MA+CH’s president Jang Sung Eun, who previously worked with BIGBANG and PSY, was in charge of the visual directing of on-screen idol group S.O.U.L in order to make sure the drama’s details were completely in-sync with real-life idols.

Viewers already got a glimpse of S.O.U.L’s mini album through the teaser along with its talented team of participating artists. Popular U.S. producer team Da Beat Freakz, Deekei who previously worked with BIGBANG’s Taeyang, G-Dragon, and Japanese group EXILE, and Dynamic Duo’s Gaeko participated in producing the music in this series. 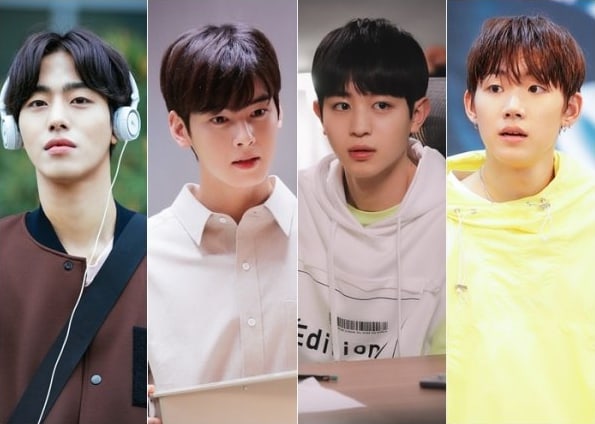