On the latest episode of “Ask Us Anything,” TWICE shared their thoughts on fulfilling their dream of going on a Japanese dome tour.

During the group’s guest appearance on the November 3 broadcast of the JTBC variety show, Kang Ho Dong said, “I heard TWICE’s popularity abroad is no joke.” Lee Sang Min replied, “They hit No. 1 on the Oricon chart, and they will be the first K-pop girl group to do a dome tour in Japan.”

When asked how they felt about the achievement, Nayeon answered, “It’s something that we’ve dreamed about and wanted to do for a long time, so we’re happy that it became a reality.”

Jihyo added, “I think that it must be even more [emotional] for our Japanese members.” Mina remarked, “I’ve gone to a dome before, and it’s really big. I wondered if we would be able to fill it. I’m so happy that my dream came true.” 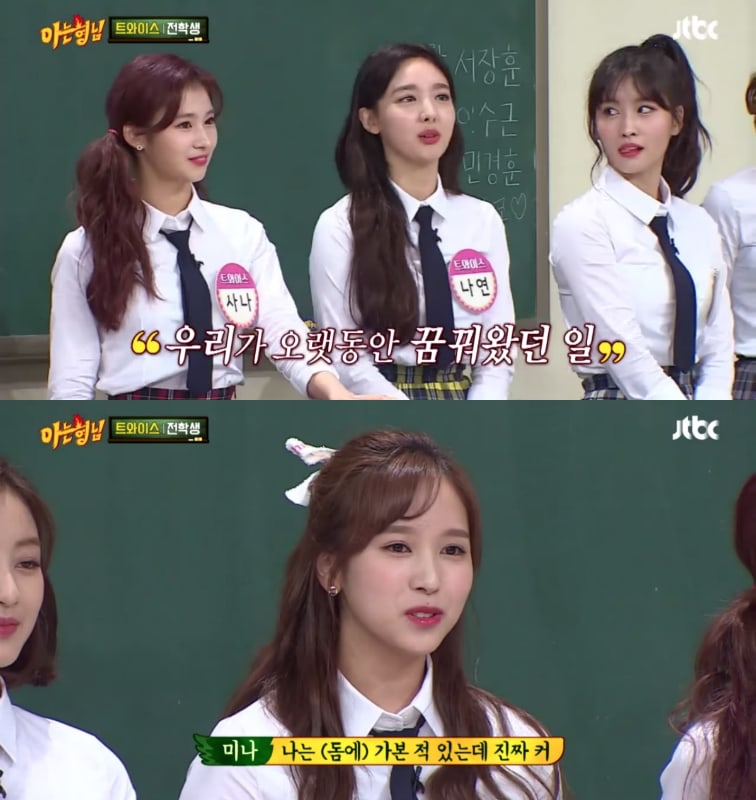 When Kim Young Chul asked how many people can fit inside the Tokyo Dome, the TWICE members answered, “About 50,000?”

Lee Soo Geun then asked if TWICE had ever been surprised that people recognized them at certain places abroad.

Chaeyoung replied, “We went to Chile not too long ago, and we had a day off, so we went to the mall. Many people recognized us, even though it’s on the opposite side of the world [from Korea].” Sana added, “They followed us around while singing ‘TT.'”

TWICE previously announced that they will be performing for two nights at the Tokyo Dome, one night at the Nagoya Dome, and one night at the Kyocera Dome in 2019, with more details to come later this month.

TWICE
Ask Us Anything
How does this article make you feel?