Industry legend Song Hae recently opened up about how he’s been able to watch changes in Korean society through his long-running program and also expressed his support for the LGBTQ+ community.

Song Hae appeared on KBS’s “Art of Conversation” (literal title) to talk about a wide variety of topics covering his long and illustrious career. The 91-year-old industry giant is most well-known for his role as the MC of KBS’s “The Nationwide Singing Contest,” earning him the nickname of “The nation’s grandpa.” The show was first established in 1980 and involves traveling around the nation to hold singing contests, giving ordinary people the opportunity to show off their vocal talents.

“Art of Conversation” MC Yoo Hee Yeol described “The Nationwide Singing Contest” as, “The best program to explain Korea. It’s almost a cultural artifact. It never set out with a goal to change the world, but it has naturally become a part of our lives and it has helped change a lot of society’s prejudices and biases.”

Song Hae agreed with this description and said, “I have learned so much through this show. It’s like a textbook for me.” He shared a series of stories to illustrate how things had changed over the years.

In the early days of the show, a blind man had decided to apply but he faced great odds as there existed many prejudices against people with disabilities. Even the staff of the show was hesitant to have him on, but Song Hae stood by him as he said, “I couldn’t give him his sight back, but what I could give him was the opportunity to enjoy himself on stage.” He explained that the audience had grown somber at first when they realized the contestant had a disability but things soon changed as he blew everyone away with his voice, bringing the audience to their feet and shouting for an encore. 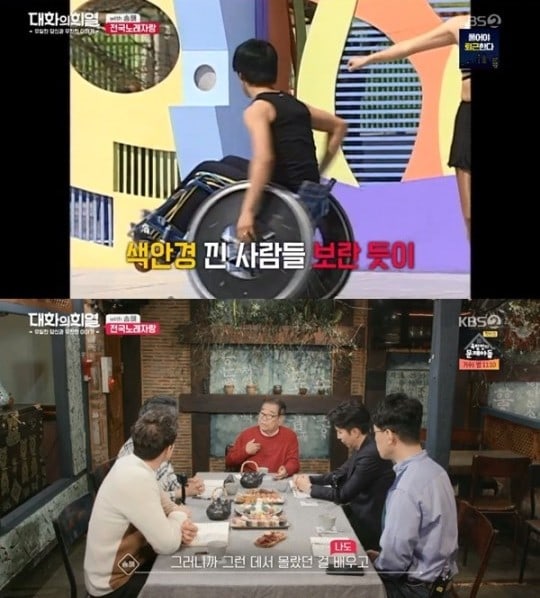 Song Hae added, “It was after that contestant that more people with disabilities began applying for the show. They won many contests, and two even appeared on the same episode, fell in love and got married. And it helped solidify their presence in society in the eyes of many people.”

Seeing such societal changes in front of his own eyes, Song Hae also had supportive words to say for the LGBTQ+ community. He has spent many years of his life in Nakwon-dong in Jongro-gu, Seoul, and spoke about the Pride parade that takes place in the area every year. He happily talked about the event’s success as he said, “When you go there, it’s so packed you can barely walk, despite being a relatively new cultural event. In the past, that kind of event would have been met with total opposition from the elderly people living there, but these days, I see some of the elderly greeting those youth with applause.” 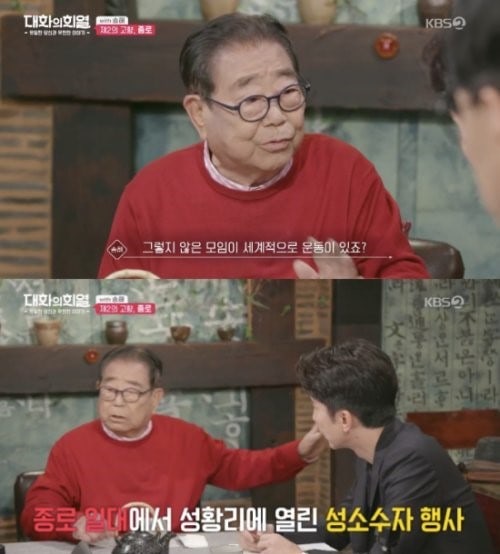 He added, “There is so much we can learn from the youth. It’s thanks to them that we get to experience such changes in society. It makes me happy.”

Song Hae
How does this article make you feel?