On November 4, the actor made his first-ever appearance on the show. Ahn Hyo Seop walked in dressed up as Dracula right when the “Running Man” members were expressing annoyance at their own dramatic costumes and makeup. The cast had some fun at the actor’s expense and he naively walked right into their fun trap.

They commented that the actor’s costume was weak and aired their complaints. When Ji Suk Jin said that Ahn Hyo Seop was an ambitious person, he waved both of his hands and denied this.

Ahn Hyo Seop then kept laughing when Seo Young Hee appeared. Seeing this, Yoo Jae Suk asked him why he kept laughing. The actor confessed, “My agency told me to laugh a lot when I come on the show.” Ji Suk Jin also made everyone laugh by saying, “I’m getting a lot of criticism these days, so please zoom in on this shot,” and wiped away Ahn Hyo Seop’s sweat.

The cast prepared to play the first game where they could receive a hint about the “ghost” and guessed that even if there was one “ghost,” they may have a few assistants. When Ahn Hyo Seop asked, “Are there three ghosts?” the members became suspicious of him and asked, “How do you know there are three ghosts?” 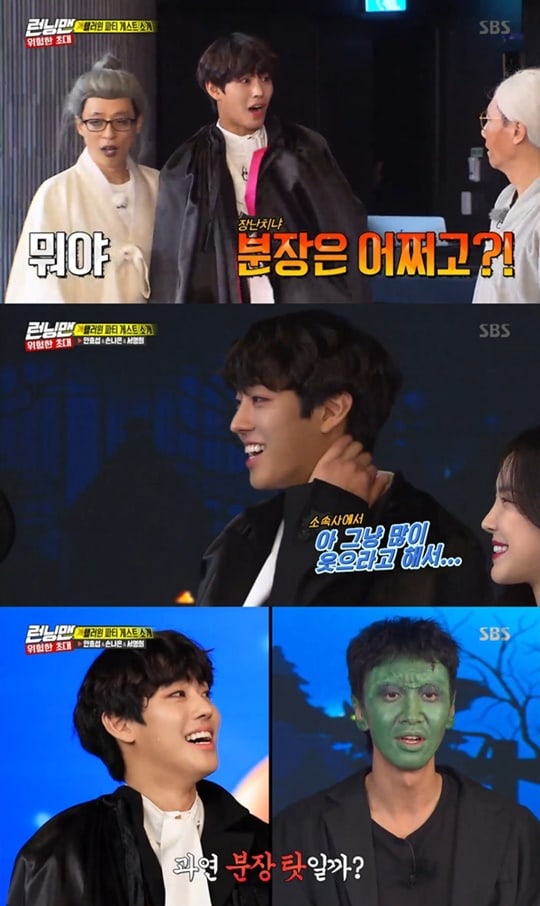 When it was time for Jun So Min to choose a male partner for the day, Ahn Hyo Seop was left flustered again.

The actress pondered over her choices. “I’m thinking hard about who I should choose,” she said. Yoo Jae Suk commented, “If Ahn Hyo Seop doesn’t get chosen, then wow. But why is Jun So Min’s face getting so red?” Ji Suk Jin added, “We’re not telling you to date [the person you choose].”

Jun So Min couldn’t come to a decision and suggested rock paper scissors. When Kim Jong Kook ended up becoming her partner, Yoo Jae Suk teased, “Ahn Hyo Seop needs to think about this too. This is the first time where a male guest wasn’t chosen.”

Jun So Min jokingly added, “I planned this. I’m the first woman who didn’t choose you,” and Ahn Hyo Seop began sweating buckets out of nervousness. 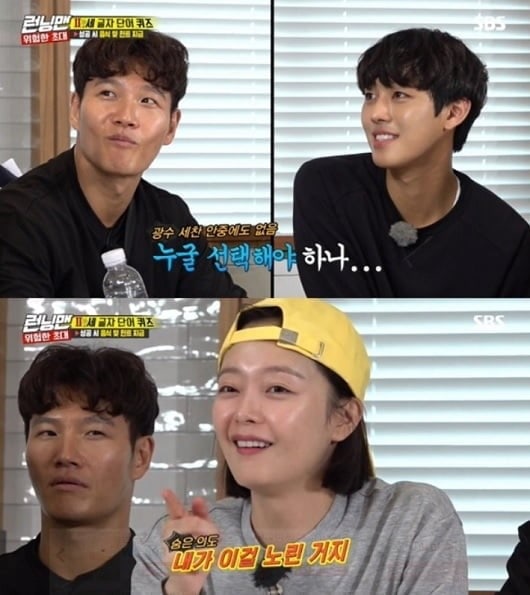 Running Man
Ahn Hyo Seop
How does this article make you feel?