Si An and Seungjae celebrated the fifth anniversary of “The Return of Superman” with a memorable trip to Baekdu Mountain.

During the November 4 episode, the cast took on the challenge of walking up 1,442 steps to the top of Baekdu Mountain.

On the bus to the mountain, Seungjae and Si An sat next to one another. Seungjae spotted his friend wearing a bandage on his finger and blew on it to make him feel better.

Two hours later, the bus arrived at the ticket booth. The employee there asked the cast members for their passports, and Seungjae burst into tears when he found out that he had forgotten his. SHINee’s Minho, however, told him that children are able to enter without a passport and made the boy smile.

The kids were tasked with buying snacks that were boiled using spring water without the help of the adults. They were flustered because they didn’t know Chinese, but were able to complete the mission with the help of a Korean-speaking employee.

At the resting spot at the halfway point up the mountain, Seungjae ran to Si An. He asked, “Aren’t you tired?” and checked in on his friend. They showed off their muscles and joked around as they took a breather from their long hike. 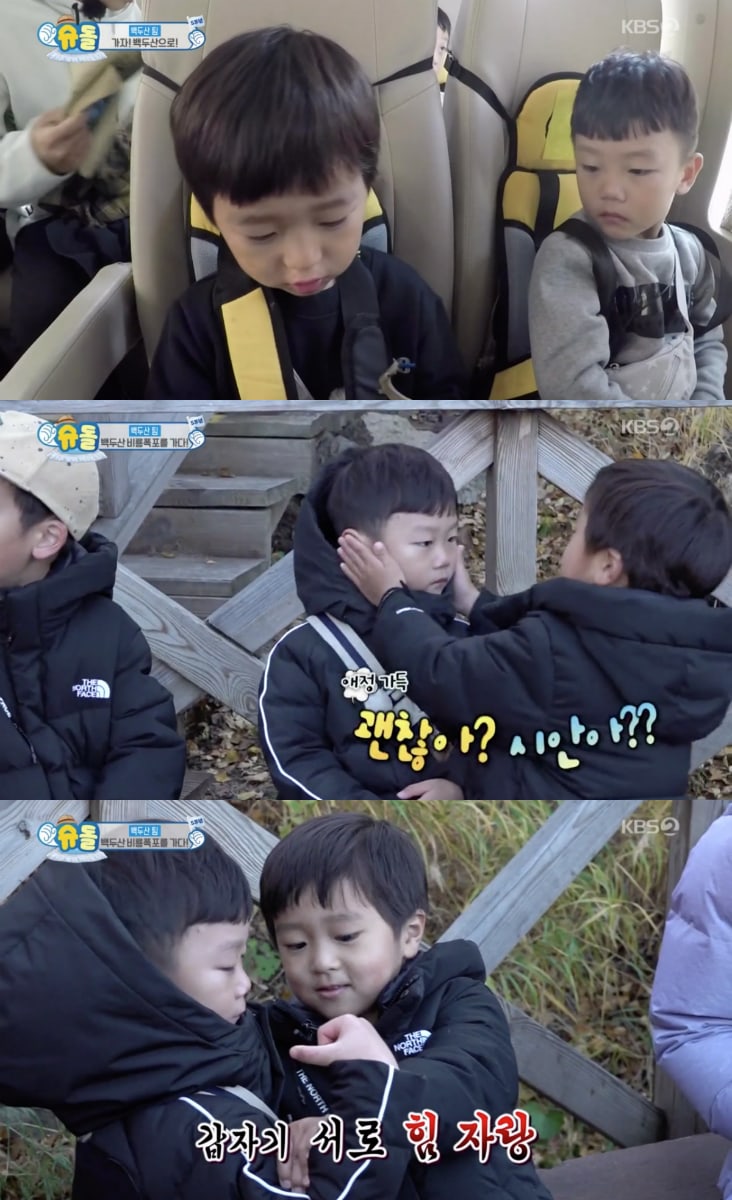 The children were ecstatic once they spotted the Biryong Falls. They drank the water and put some in their tumblers. When they spotted a shop selling drinks and ramen, the members decided to eat some cup noodles cooked with boiling water from the mountain.

As the team’s manager, Go Ji Yong said, “Give us the cheapest ones.” He asked his son to share the ramen with him, but Seungjae didn’t pass the snack to his dad, making him laugh.

Even when he was out of breath from walking, Seungjae said, “Baekdu Mountain is the highest mountain in our country.” He kept his spirits up by singing the Korean national anthem, but broke down in tears during a phone call with his mom.