iKON’s Bobby and B.I attempted to teach male celebrities how to rap on MBC’s “Hungry Husband”!

On the November 4 episode of the new variety show, the cast members were given the mission of communicating with young people through hip hop. Bobby and B.I made a special appearance to help the cast achieve their goal of creating a rap song of their very own.

Bobby then suggested “Godfather” as the name of their crew, and the cast expressed their approval. They also asked the iKON members about their own group name, and B.I explained, “Icon means idol or symbol. We changed the ‘c’ to a ‘k’ and became iKON. It means that we’re icons of Korea.”

Bobby and B.I taught the cast members how to groove to a song’s rhythm and also gave them rap lessons. After B.I told them that he began learning to rap by copying others, the entire cast sang along to iKON’s “Anthem.”

After listening to Kim Yong Man’s rap skills, B.I commented, “It sounds like taryung [a traditional Korean style of storytelling].” Cha In Pyo, on the other hand, surprised everyone with his outstanding sense of rhythm.

When asked how they felt seeing people sing along to their rap, B.I and Bobby replied, “It still amazes us.” 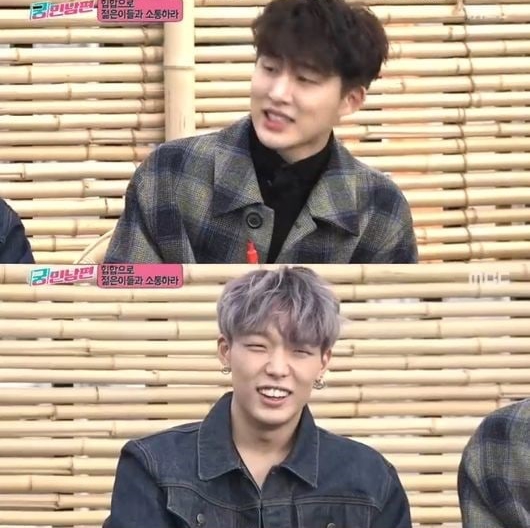 The second lesson was in writing lyrics. After learning some tips from Bobby and B.I, the cast members thought hard about what they wanted to say. They also strengthened their teamwork by eating a meal and taking selfies together. Even when they went home, the members continued to practice.

B.I and Bobby sent the “Hungry Husband” cast a beat for their song, and the members commented, “The beat is good, but we’re worried because we’re not very good.”

After a few days of practice, Bobby and B.I met up with the members once again. The cast members congratulated the idols on topping the music charts with iKON’s latest track “Goodbye Road,” and Cha In Pyo, who had first suggested the hip hop mission, apologized to his fellow members by saying, “I’m sorry that we’re doing something difficult.”

They then headed to iKON’s practice room, where they auditioned in front of B.I and Bobby. The show’s staff prepared chains similar to those on Mnet’s “Show Me the Money” for the iKON members to place on the necks of those who passed.

B.I and Bobby, who were particularly impressed by Cha In Pyo’s lyrics, gave some constructive criticism and lots of praise to the members for their hard work. 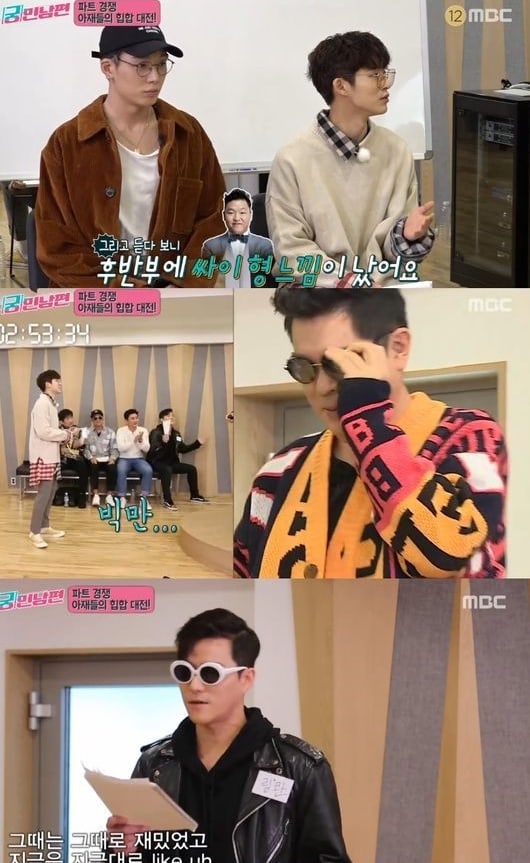 iKON
B.I.
Bobby
How does this article make you feel?