The body count went up again. With only six episodes left of tvN’s “The Smile Has Left Your Eyes,” we’re fascinated and still confused about who the real murderers are and how Kim Moo Young (Seo In Guk) and Yoo Jin Kang’s (Jung So Min) relationship will develop. Obsessed is an understatement at this point. Here are four things we loved and two things we hated about the first 10 episodes of “The Smile Has Left Your Eyes.”

LOVED: How Jin Kang stands up for herself 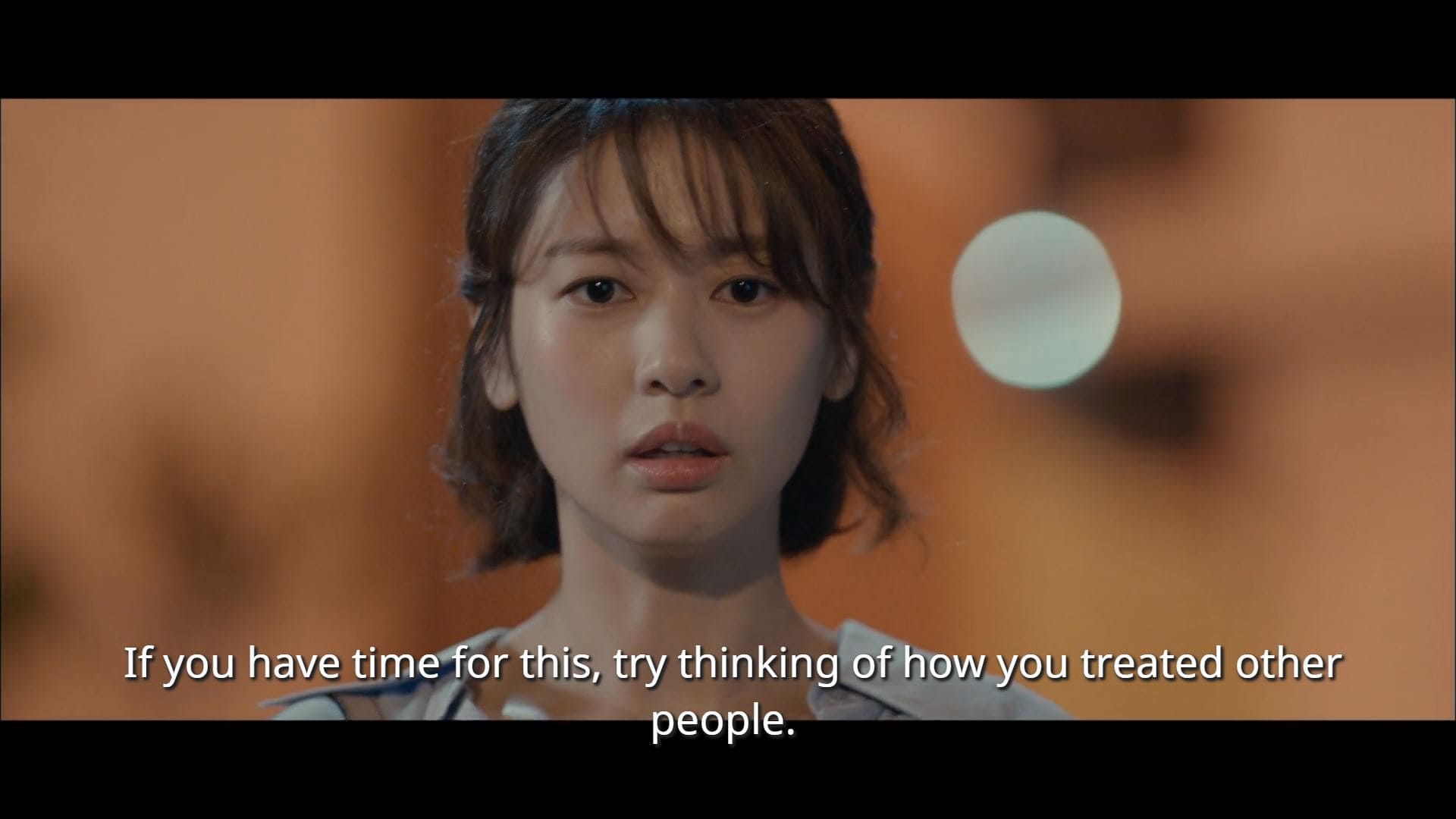 There’s an air of mystery about Moo Young, so it’s no wonder that everyone is inexplicably drawn to him. Even though Jin Kang is interested in Moo Young, she consistently stands her ground and calls him out whenever he says thoughtless, hurtful things in a calculating manner. Jin Kang isn’t afraid to point out how selfish and destructive Moo Young can be, which means she’s also the only character who can get through to him. Can she teach him how to be “good”?

Jin Kang’s resistance to his charms makes her stronger and more attractive to us and, unfortunately, to Moo Young as well. Is he in love with her, or will this turn out to be a Baek Seung Ah Part Two? 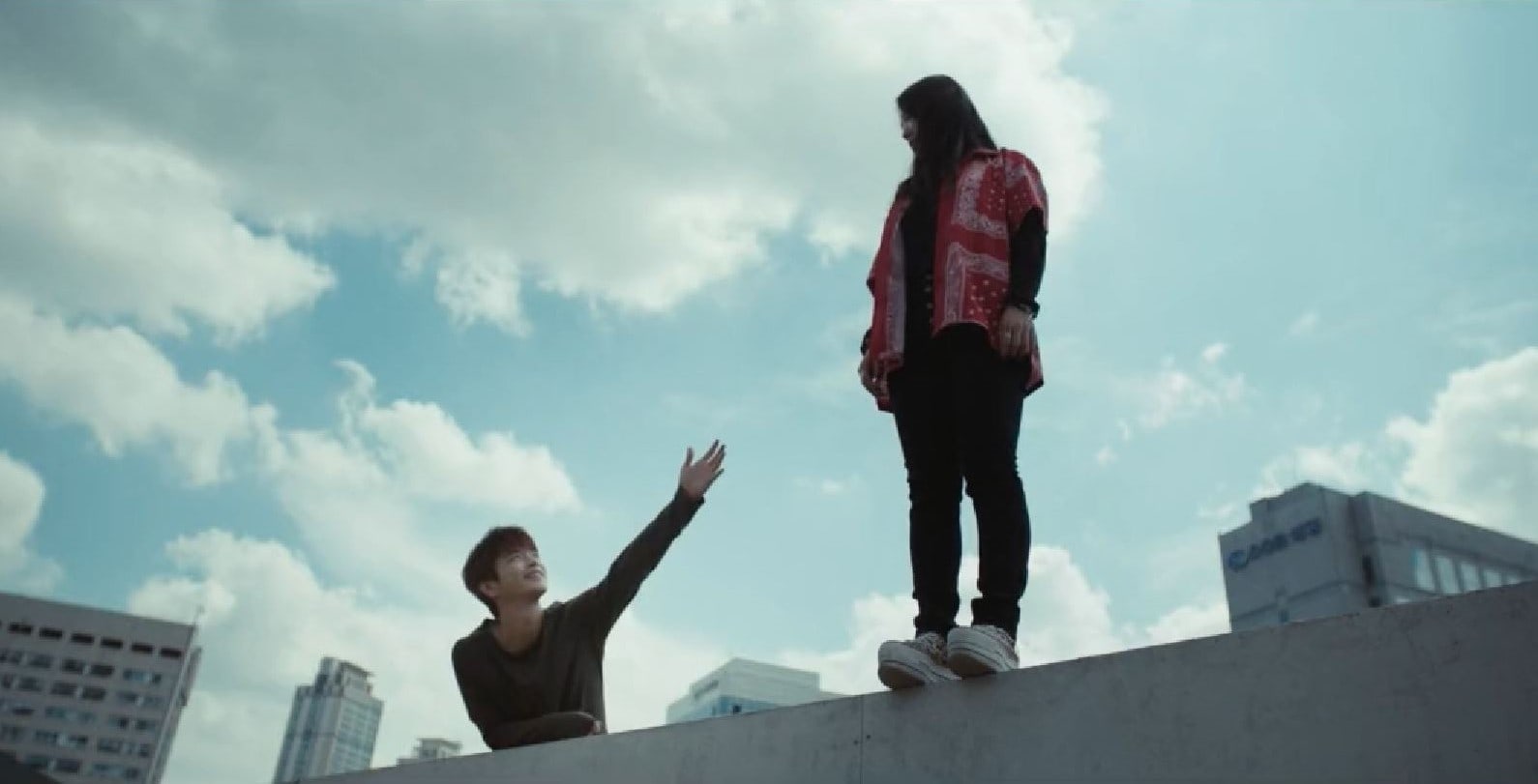 It turns out that Yoo Ri (Go Min Si) is more than Moo Young’s jealous ex-girlfriend: she goes into a trance and loses her memories every now and then. Confused and so distraught that she can’t sleep for days, she tries to kill herself and finds an unlikely ally in Jin Kook (Park Sung Woong), who has a lot of demons of his own. Yoo Ri’s personality and mental health struggles are complex, and she might be the key to finding the murder suspect.

Who is behind the murder and the cover-ups? Was the car accident really an accident? There’s so much to unpack in the most recent episodes that we’re getting restless and deciphering every flashback and scene.

It’s hilarious how Jin Kook and Tak (Jang Young Nam) argue to death and drive each other crazy. Their friendship is so realistic and relatable that we all want a friend like Tak who isn’t afraid to tell us the truth anytime and takes us out when we’re having a bad day. We love their chemistry so much that they might be the most popular ship-worthy couple in this drama.

LOVED: The power-hungry chaebol who sees herself in Moo Young 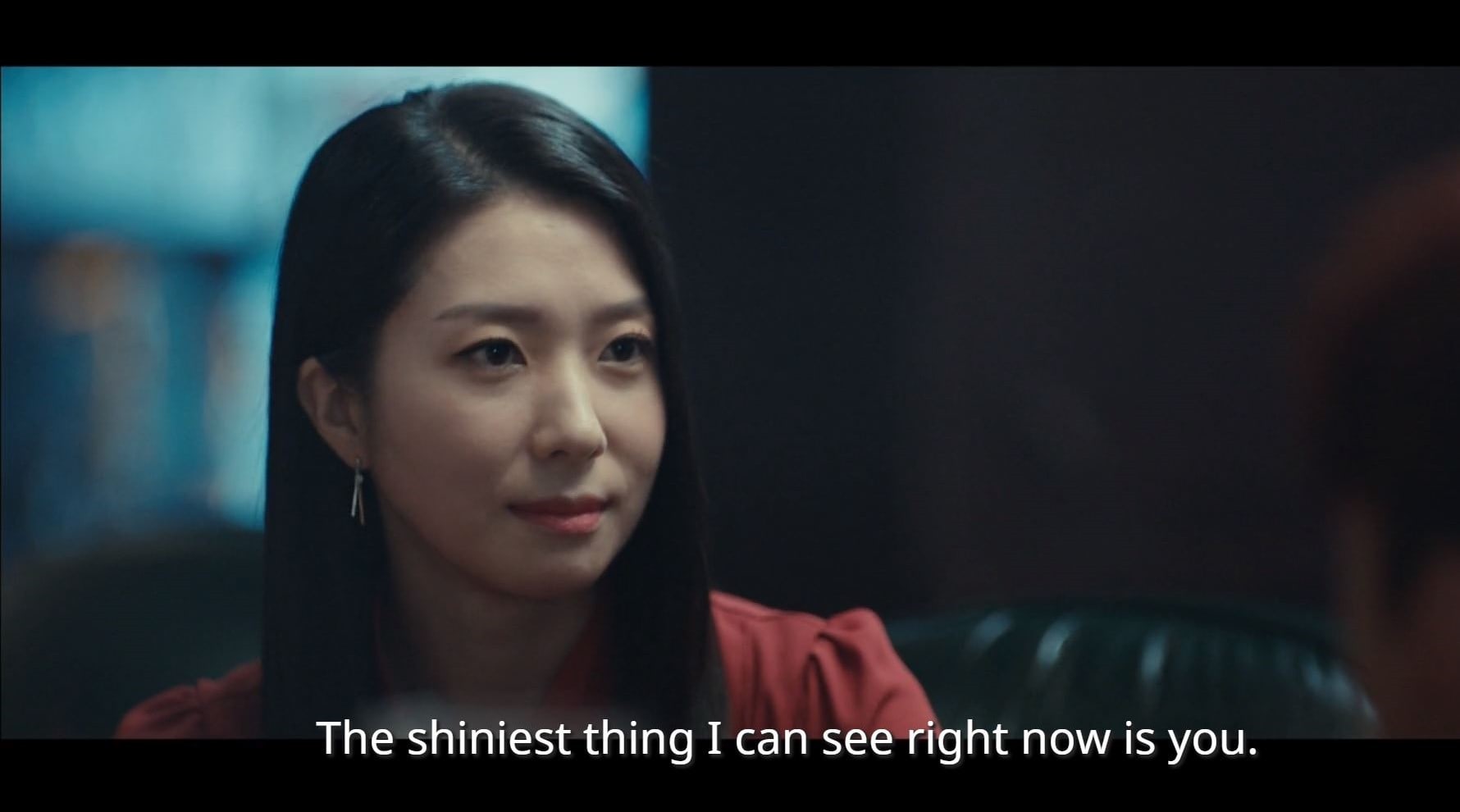 Cue the mandatory bar scene with a dark black and blue backdrop and a pop of aggressive red. Moo Young’s meeting with Woo Sang’s sister is like almost every power-hungry chaebol meeting in K-dramas, but she calmly adds that they are the same kind of people. Is it a matter of time before Moo Young succumbs to her, or will he change for the better?

We were as shocked as you were about how the Baek Seung Ah and Woo Sang mess ended up, but the appearance of Woo Sang’s sister complicates everything, and she offers money and power to Moo Young. At what cost? We can’t wait to find out.

Yes, the wrist-grabbing scenes represent the power imbalance in Moo Young’s relationships with Baek Seung Ah and Jin Kang and are common in K-dramas. Nonetheless, it’s unnerving how easily he can convince young women to change their minds and submit to him. This scene, in particular, shows how Moo Young — dressed in all-black and standing in the shadows — is pulling Jin Kang out of the light and to his side.

These wrist grabs remind us that their relationships are unhealthy and maybe even toxic. Seung Ah and Jin Kang’s lives seem to revolve around Moo Young and most importantly, his stalkerish ways are somehow considered romantic. 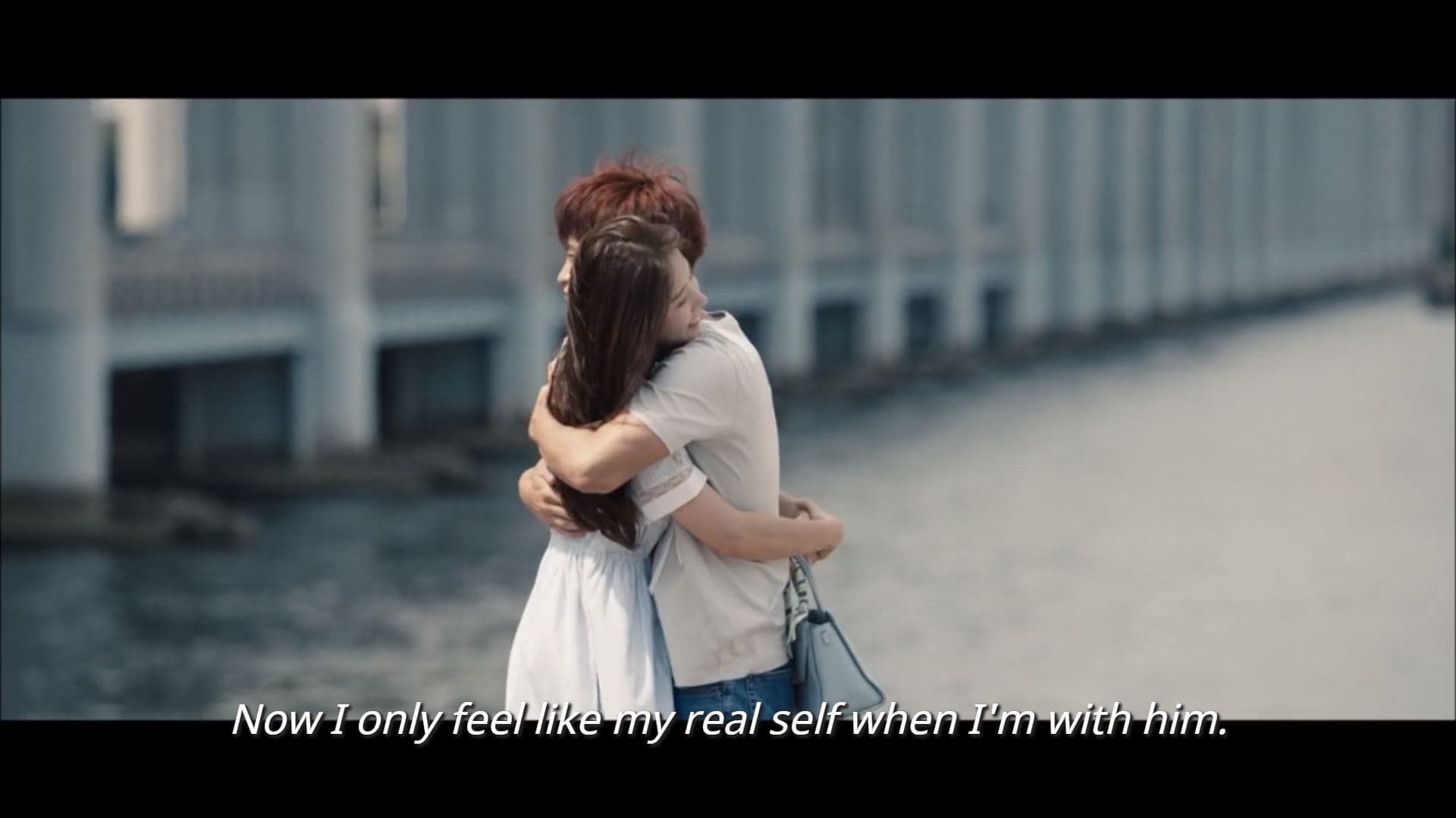 We get this line in dramas often, but we knew poor rich girl Baek Seung Ah was a goner as soon as she said that and made plans to run away with Moo Young. We just had no idea what a disaster it would be. Seung Ah says that she found herself thanks to him. Her so-called plans are as child-like as the frilly white dresses she wears and her selfishness and naiveté are equally predictable and frustrating.

After everything came crashing down, we were surprised to see how little her character arc contributed to Jin Kang’s budding relationship with Moo Young. Hopefully, the other female characters such as Tak, Jin Kang, and Yoo Ri will not end up like Seung Ah.

What did you love and hate about the most recent episodes? Which scenes surprised you the most? Let us know in the comments below!

If you haven’t already, catch the first episode of “The Smile Has Left Your Eyes”:

EvaCh10 recommends watching “The Smile Has Left Your Eyes” late at night for maximum effect. She is always on the lookout for BTS fan art, K-dramas with complex plots or mysteries, and videos and gifs of Lee Kwang Soo on “Running Man.” Say hi to Eva on Instagram or Twitter.

Jung So Min
Seo In Guk
Soompi Spotlight
Park Sung Woong
The Smile Has Left Your Eyes
Seo Eun Soo
How does this article make you feel?