The November 4 broadcast of the SBS variety show featured a special Halloween-themed race with guests Son Naeun, Ahn Hyo Seop, and Seo Young Hee. The cast members and guests split up into teams and played a variety of games to win clues about the identities of the “ghosts” that were hidden amongst them.

The final mission of the episode pitted the “ghosts” and the remaining humans against each other. The three “ghosts”—Ahn Hyo Seop, Seo Young Hee, and Kim Jong Kook—needed to surreptitiously eliminate the humans by ripping off their name tags, while also attempting to conceal the fact that they were “ghosts.” Meanwhile, the humans needed to figure out who the “ghosts” were, while also searching for the special weapons that would allow them to eliminate the enemy.

At the end of the race, only HaHa, Son Naeun, and “ghost” Kim Jong Kook remained—a seemingly dire situation for the human team. While searching for the remaining humans, Kim Jong Kook stumbled upon HaHa and managed to chase him into a small room.

However, just when it seemed that Kim Jong Kook had HaHa cornered, Son Naeun slipped out of her hiding spot behind the room’s door and defeated Kim Jong Kook with a surprise attack from behind. 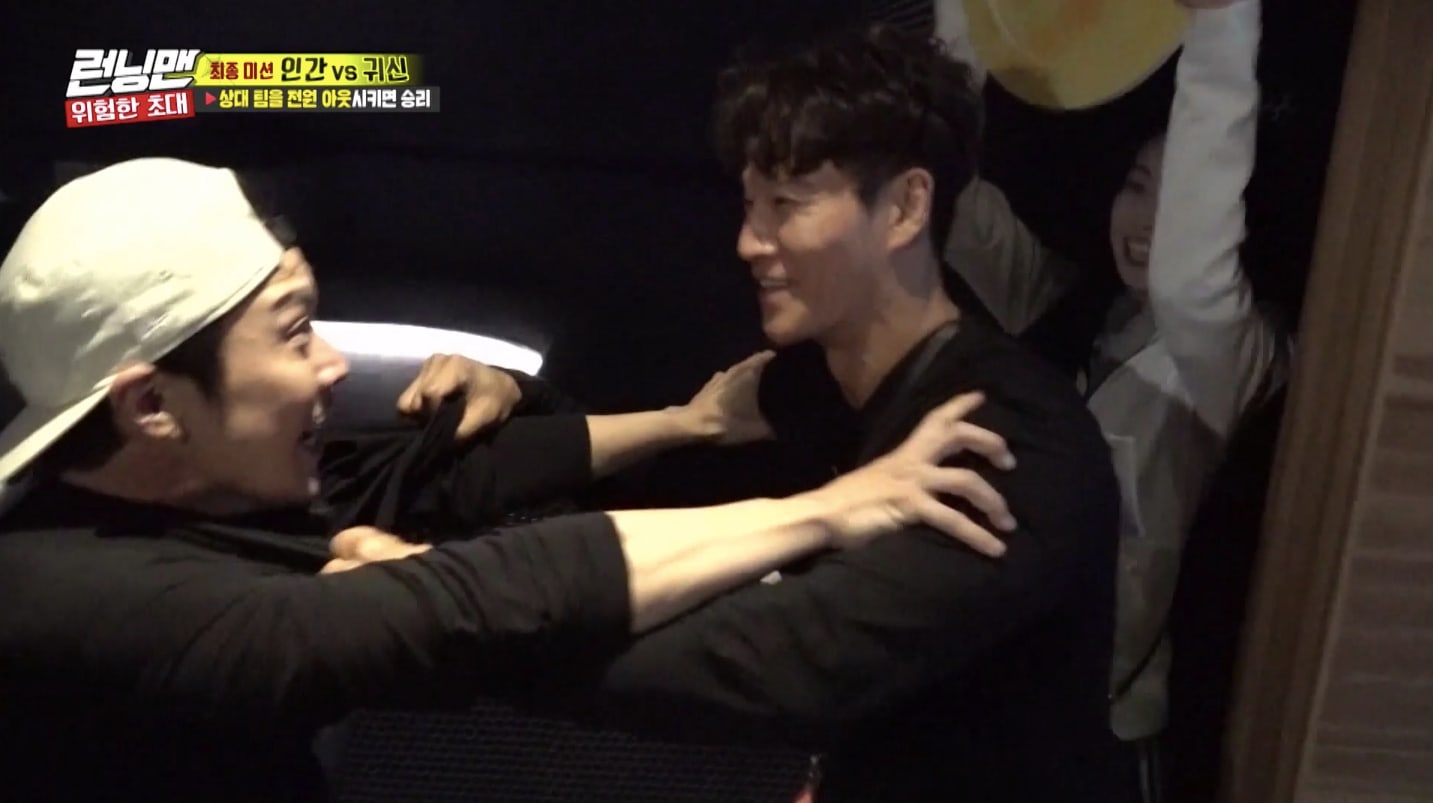 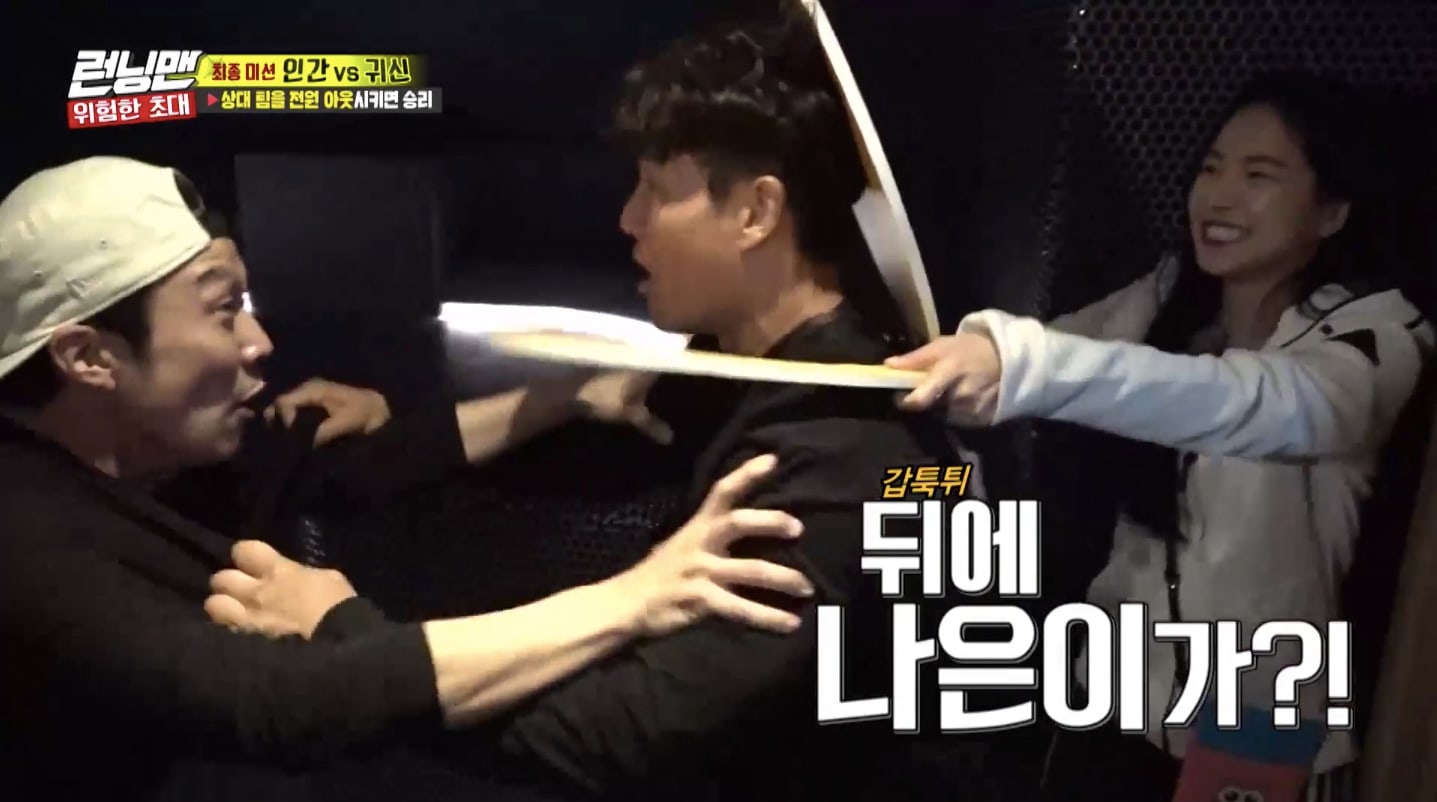 Despite the fact that “Running Man” had moved to a different time slot that night due to SBS’s baseball coverage, the show actually enjoyed an increase in viewership ratings since its previous episode. According to Nielsen Korea, the November 4 broadcast scored average ratings of 6.5 during its first half and 8.4 percent during its second. It also took first place in its time slot among viewers ages 20 to 49 (with an average viewership rating of 6.1 percent).

The most-watched minute of the show was the moment when Son Naeun snuck up on Kim Jong Kook and led her team to victory, with viewership peaking at 10 percent.

Check out the full episode of “Running Man” with English subtitles below!