WINNER will be holding an encore concert for their “WINNER Everywhere” Asia tour in Seoul.

On November 5, YG Entertainment confirmed that WINNER will be holding an encore concert by releasing a poster. The concert, entitled “WINNER Everywhere Tour Encore In Seoul” will be held on January 5 at 6 p.m. KST at the KSPO Dome.

The released poster is of the group at their previous Seoul concert in August. Bathed in blue light and surrounded by their fans, their silhouettes show that the four members were immersed in their performance. 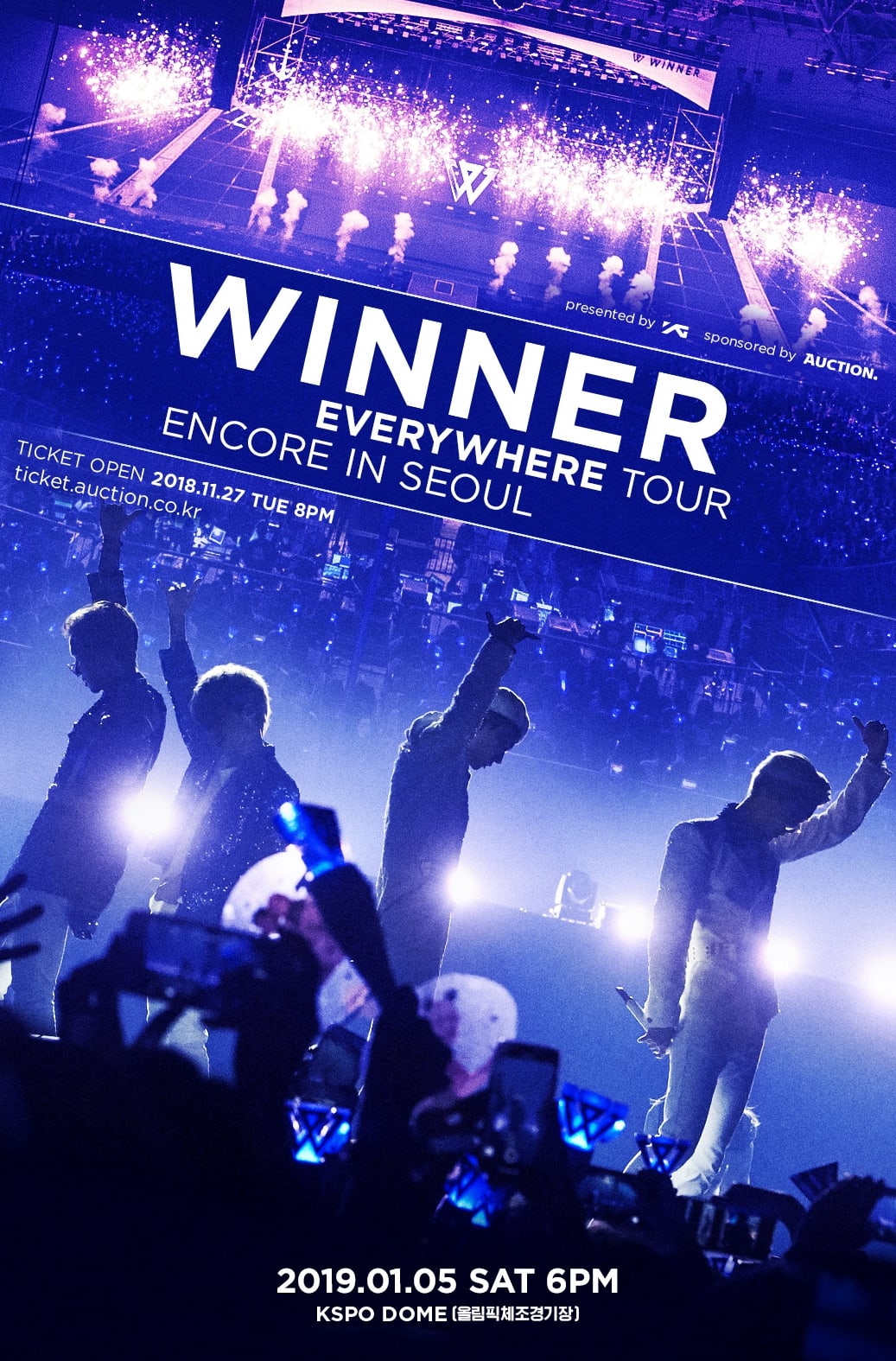 Yang Hyun Suk recently revealed that following Song Mino’s solo album, which will be released on November 26, WINNER will be concluding the year with the release of their third album.

WINNER previously began their Asia tour, with their concert in Seoul last August. They will be performing in Manila on November 10, Jakarta on November 17, and Hong Kong on November 24. The group shared that the encore concert to their “Everywhere Tour,” which began and will end in Seoul, was to repay the love of their Korean fans.