On November 5, TWICE held a showcase for their sixth mini album “YES or YES.”

During the event, the members held a “TMI” (Too Much Information) session. Dahyun shared, “I dyed my hair yesterday. That’s TMI. I’m going to see ONCE [TWICE’s fan club] often, so I tried to look pretty for them. I would do anything they like.”

Jihyo said, “Can I really share too much information? I’ve prepared yarn at our dorm to knit this winter too.” Mina added, “I already started. I’m already knitting in the waiting rooms.”

Sana commented, “For the comeback, I made my nails and toenails match. I did them yesterday, so they’re still fresh.” Nayeon shared, “I put my hair short. It was originally attached with a long length, but it was always the same, so I put it a little shorter.”

Momo stated, “My TMI is that I ate a bowl of boiled rice and eel rice today.” Tzuyu said, “I bought a hot water mat. I bought it online, but it hasn’t come yet. It’s been a week.” Chaeyoung showed her nails to their fans, saying, “I made my nails long too.” 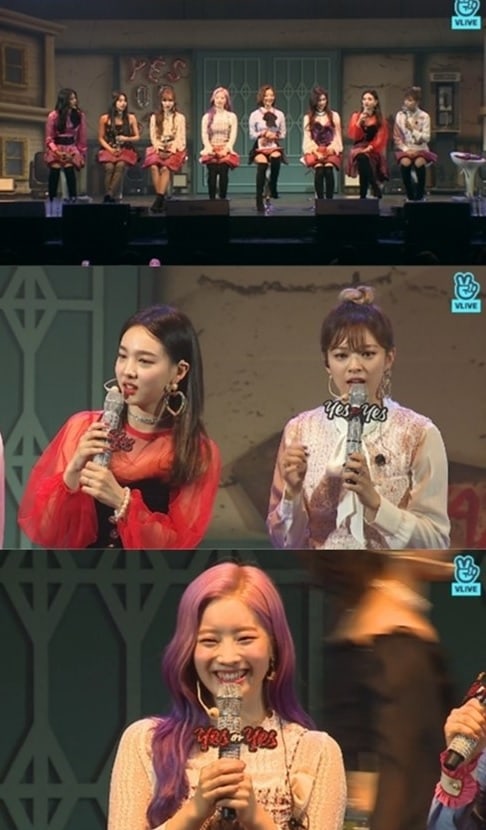