Rumors regarding Angelina Jolie’s son applying to Yonsei University, one of Korea’s most prestigious universities, have turned out to be false.

Previously, Angelina Jolie attended a campus tour on November 3 during a private visit to Korea with her sons Maddox and Pax. The family visited the university’s main building, a stela of poet Yoon Dong Joo, and Chejungwon (Korea’s first medical institution) along with the guide from a student ambassador for an hour.

People magazine and Hollywood Reporter previously reported that, “Angelina Jolie went on a campus tour for her son Maddox, who has great interest towards the Korean language and Korean culture.”

Angelina Jolie also met actor Jung Woo Sung and Minister of Justice Park Sang Ki as an envoy of UNHCR. She thanked Jung Woo Sung, who is a goodwill ambassador of UNHCR, by saying “Thank you for being a fellow actor who supports refugees. I am very proud and thankful.” She also revealed her thoughts on the issue by saying, “The discrimination and hatred towards foreigners as well as nationalism is prevalent worldwide. The role of people who deliver and talk only about correct information and facts will become more important.” 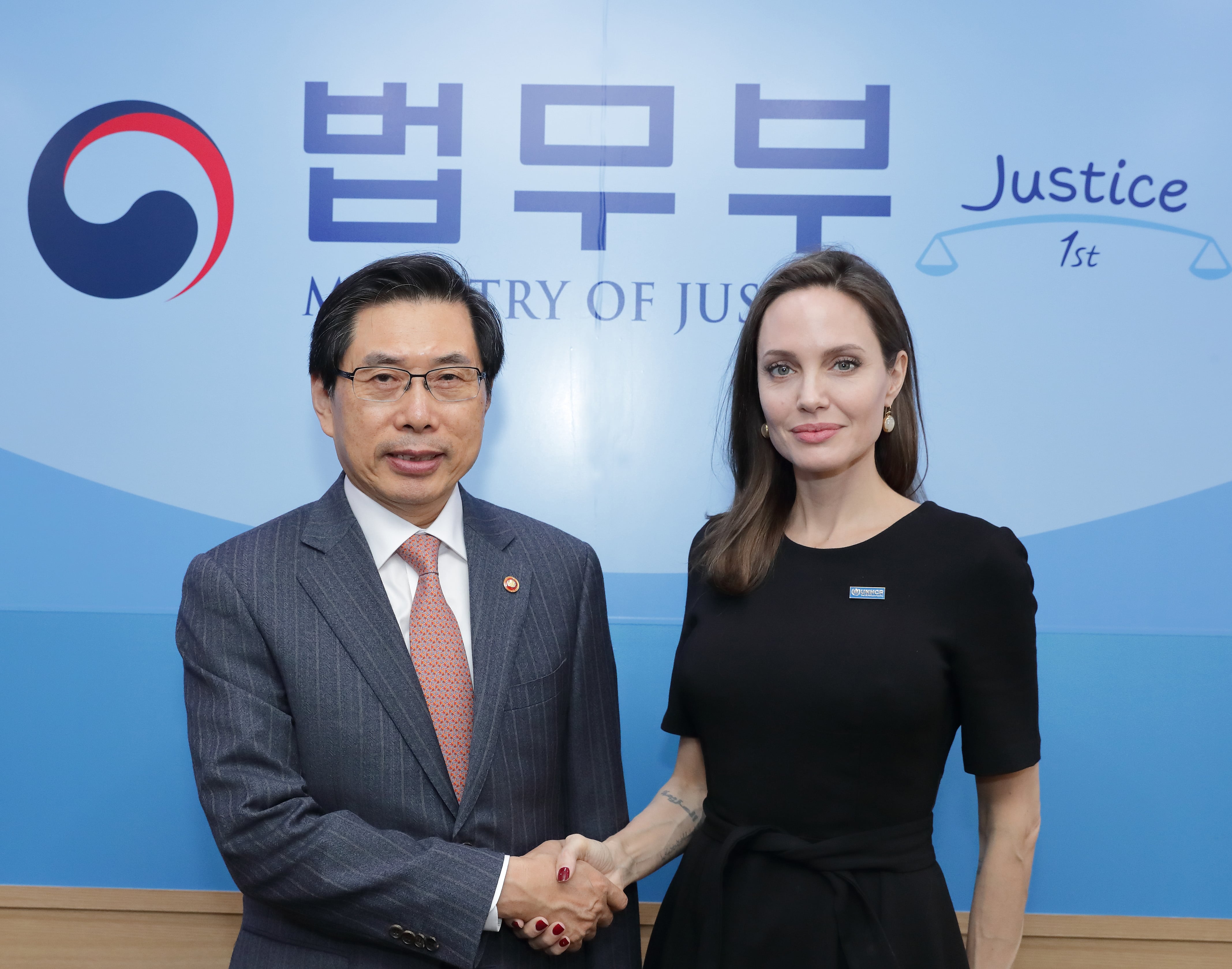 A source who was engaged in adjusting Angelina Jolie’s schedule revealed, “She kept the whole process of coming in and out of Korea as secret. She confirmed the visit one day before she actually came to Korea. She also changed the flight schedule last minute. This was a private visit, so she made time to work as an envoy of UNHCR. There were some official activities, but it was a private visit.”

Yonsei University
Angelina Jolie
How does this article make you feel?