Jung Hyung Don shared who the most popular girl groups in the military are according to G-Dragon!

TWICE appeared as guests on the November 6 episode of “Idol Room,” which Jung Hyung Don hosts along with Defconn. Jung Hyung Don’s friendship with G-Dragon is well known, and he talked about his friend in the episode.

Jung Hyung Don commented on the most popular girl groups in the military when he said, “I got a call from G-Dragon recently and he mentioned that TWICE, Red Velvet, and BLACKPINK’s reputation in the army is quite significant. If all three of them appeared on a music program then the soldiers would go crazy.”

Jung Hyung Don then made everyone laugh by adding, “Hey G-Dragon, I’ll send you TWICE’s autograph.” 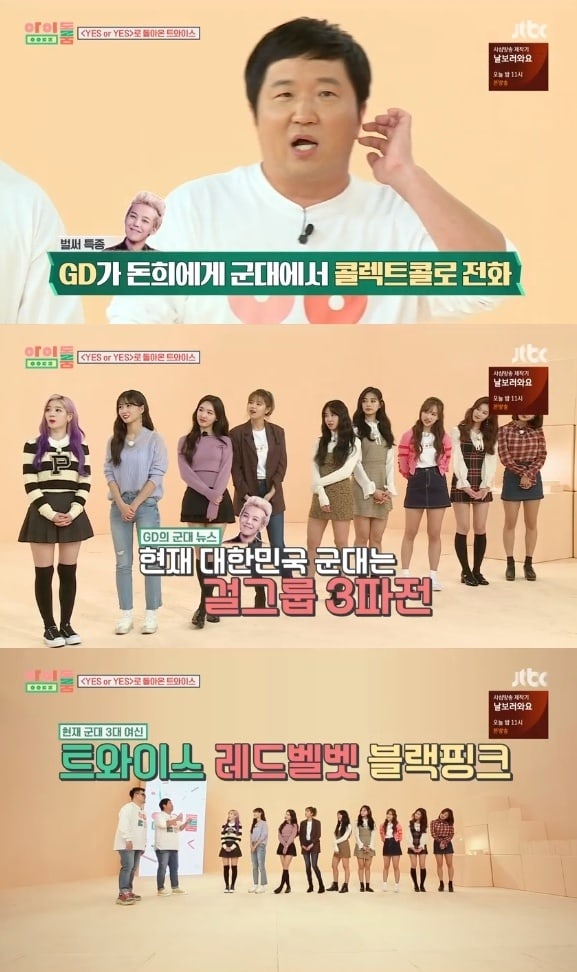