Baek Jin Hee is locked up in the police station!

KBS’s upcoming Wednesday-Thursday drama, “Feel Good To Die” revealed photos of Baek Jin Hee on November 7. The drama will tell the story of an evil boss Baek Jin Sang (played by Kang Ji Hwan) and the assistant manager Lee Ruda (played by Baek Jin Hee), who tries to change him into a better person. The drama is based on the webtoon by the same name, and will premiere today.

In the revealed photos, Baek Jin Hee is wearing a polished office suit and locked up in a holding cell. She looks like a normal office worker, but her situation makes viewers wonder what could have possibly happened to her. Her intense facial expression and motions to escape the cell is somewhat comical, inferring that her office life is not easy. 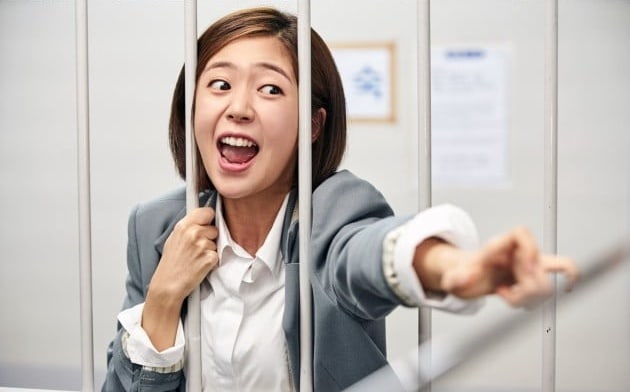 You can start watching “Feel Good To Die” on Viki after its premiere! Check out the special preview episode below!