Highlight is giving fans another peek at their “Loved” MV through individual teasers!

Highlight has revealed MV teasers for their title track “Loved”!

Highlight has previewed their new songs with a highlight medley for “Outro”!

Highlight has released the track list for their upcoming special album “Outro”!

It will include the title track “Loved” as well as an instrumental version and their pre-release song “Take Care.” There are two unit tracks, with one by Yang Yoseob and Son Dongwoon and another by Yong Junhyung and Lee Gikwang, and also a solo song by Yoon Doojoon, who is currently in the army.

Four out of the five songs, including their title track, were composed by Good Life (member Yong Junhyung and his producing partner Kim Tae Joo), while Yang Yoseob and Son Dongwoon composed and wrote the lyrics for their track with Gyuberlake.

Lee Gikwang also took part in the lyrics writing and composition of his unit song with Yong Junhyung.

Highlight has shared a second batch of concept photos for “Outro”!

Highlight has revealed a schedule plan for their special album “Outro” that shares what’s to come in the days leading up to its release on November 20!

Highlight has shared an album preview for their upcoming release “Outro”!

Highlight is getting fans ready for their new music!

The group has now revealed the first teaser image for their upcoming special album “Outro.” It was previously announced that it will be a mini album, and that it will include a track that member Yoon Doojoon took part in recording before he recently enlisted for his mandatory military service. 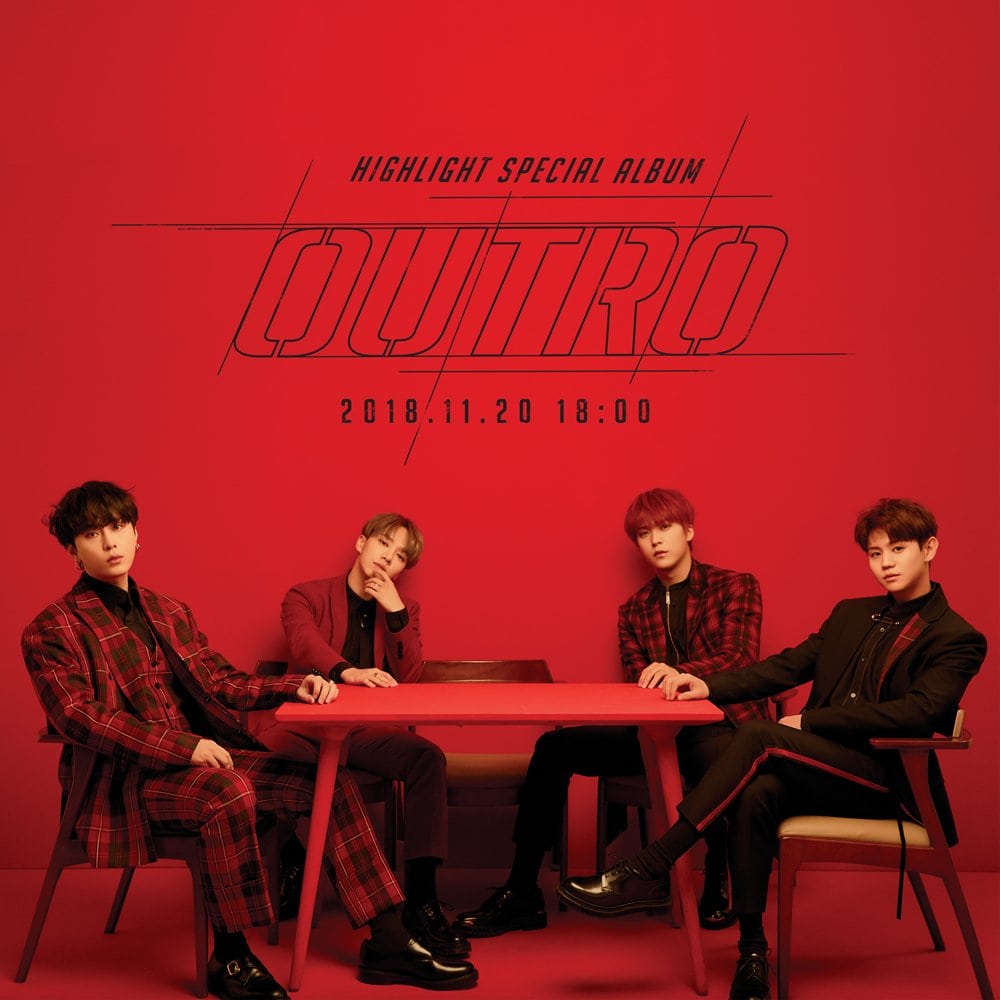 With Yoon Doojoon already in the army, the group is currently preparing for all members to begin their military service. Yang Yoseob will enlist as a conscripted policeman on January 24, and Lee Gikwang, Son Dongwoon, and Yong Junhyung are preparing for enlistment with no date announced yet.

Ahead of the release of their special album, Highlight shared the track “Take Care” on October 29. The group will be holding their concert “Outro” at the Seoul Olympic Gymnastics Arena on November 24 and 25.