BoA Describes What Makes Her Envious Of Artists Today

BoA shared some of her struggles in Japan as an artist while appearing as a guest on the SM artist special of KBS’s “Happy Together,” which aired on November 8.

Considered to be a pioneer of the Korean Wave in Japan following her debut there in 2001, BoA achieved huge success and paved the way for many artists who would follow, but it was not an easy feat.

“The thing that makes me really envious when I see junior artists lately is that when they go to Japan, they have rented cars and a manager,” said BoA. Host Yoo Jae Suk asked if she didn’t have that, and she confirmed that she didn’t. BoA added, “There was also a lack of staff so I went on my own to Tokyo from the airport.” She explained that she took the airport train service called the Skyliner on her own.

Lee Soo Geun sympathized and said that cab fares are expensive, and BoA said, “I couldn’t even have conceived of the idea of taking a cab. I’d take the bus and subway as well.”

BoA also mentioned that artists now go to Japan with interpreters, and EXO’s Baekhyun confirmed that they use interpreters. The hosts expressed their amazement when BoA said that she would have to do interviews on her own without an interpreter.

“My manager next to me would help me a bit, but the interesting thing is that since I was young and the questions and answers were quite similar, I ended up memorizing them,” she said. Although she had to learn Japanese through this difficult process, artists who followed were given interpreters, which she said made her envious. 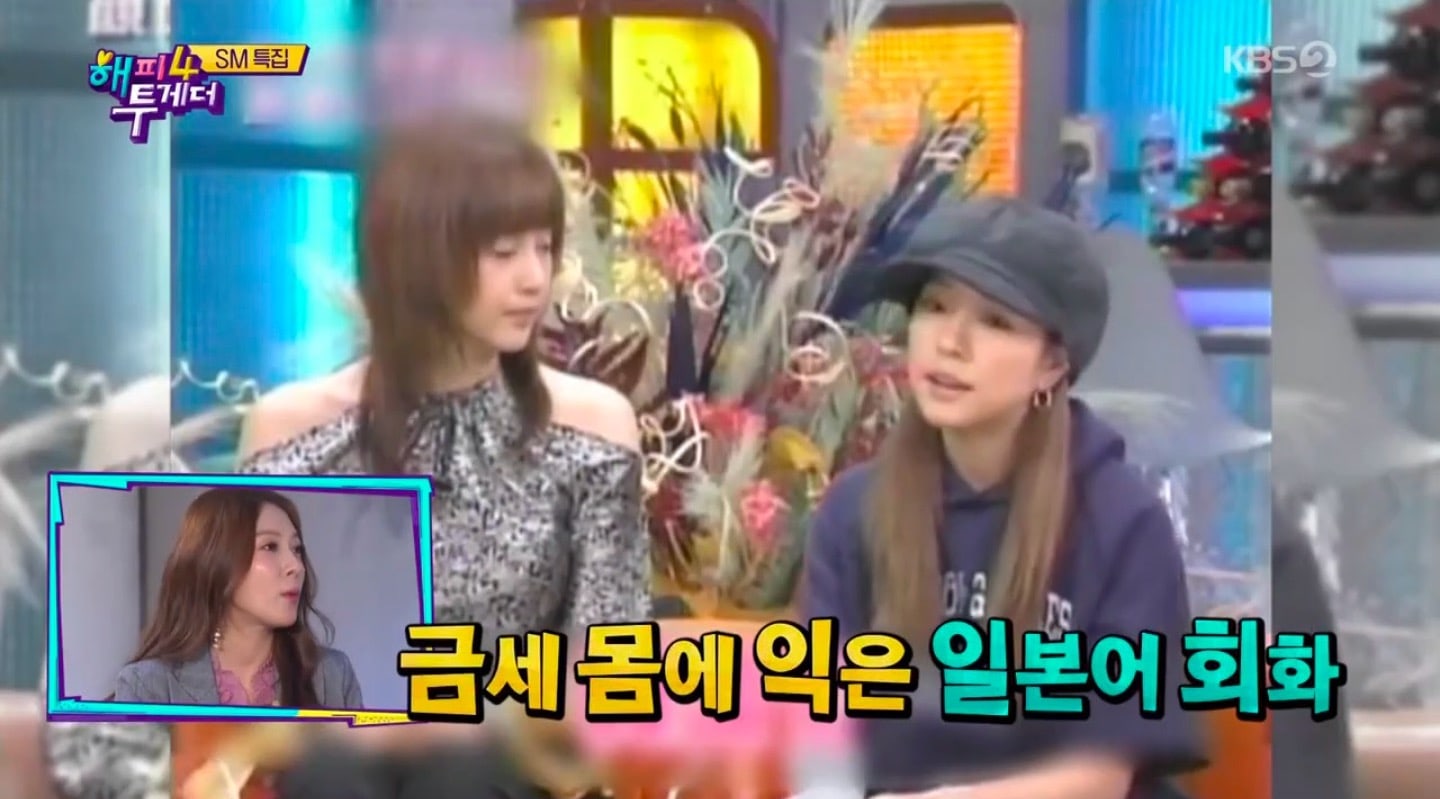 Baekhyun said, “But to be honest, that means our language skills don’t improve.” He commented that they should also be encountering such challenging circumstances in order to learn, and then added with a smile that he’s grateful to BoA. 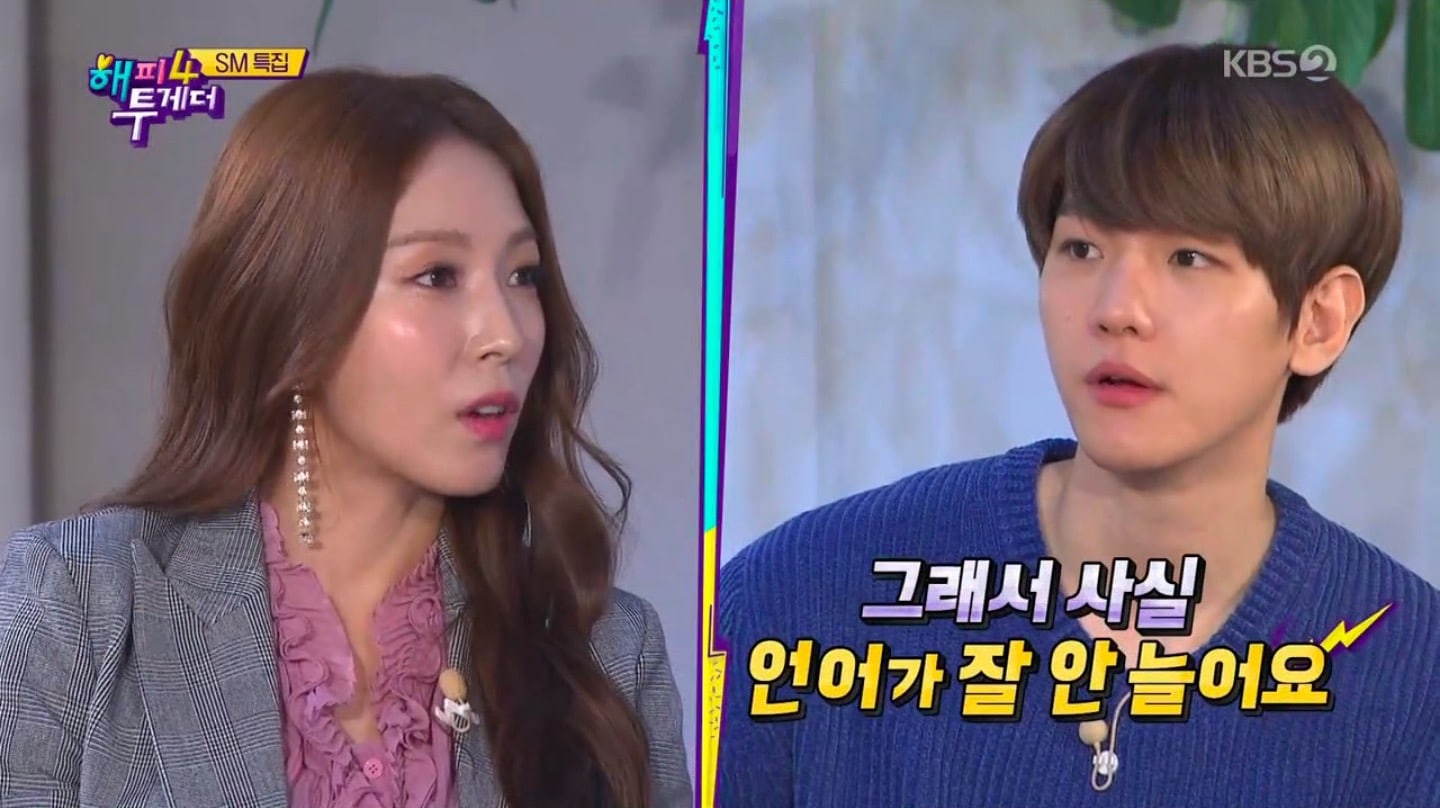 BoA also shared that she struggled because although she could speak Japanese, she couldn’t read it. She said that she’d once gone into a bank and found that she couldn’t read anything at the ATM because it was written in kanji (Chinese characters used in Japanese writing). “Nowadays all the ATMs have Korean,” she added.

BoA
Happy Together
How does this article make you feel?