The reason that EXO’s Chanyeol couldn’t make it to SMTOWN’s Halloween party was revealed on the November 8 episode of “Happy Together”!

The show featured a line-up of guests from SM Entertainment, and naturally the topic of their recent much-talked-about Halloween party came up. The hosts mentioned that SHINee’s Key had finally been awarded first place in the costume competition, and BoA commented that Key was the original spark for SM artists’ costumes at their Halloween party.

Key explained, “My group first went to the Halloween party in costume, and when Lee Soo Man saw that he said, ‘We have to do this every year.'” Key said that every year the costumes would get stronger, and he became desperate to come in first. 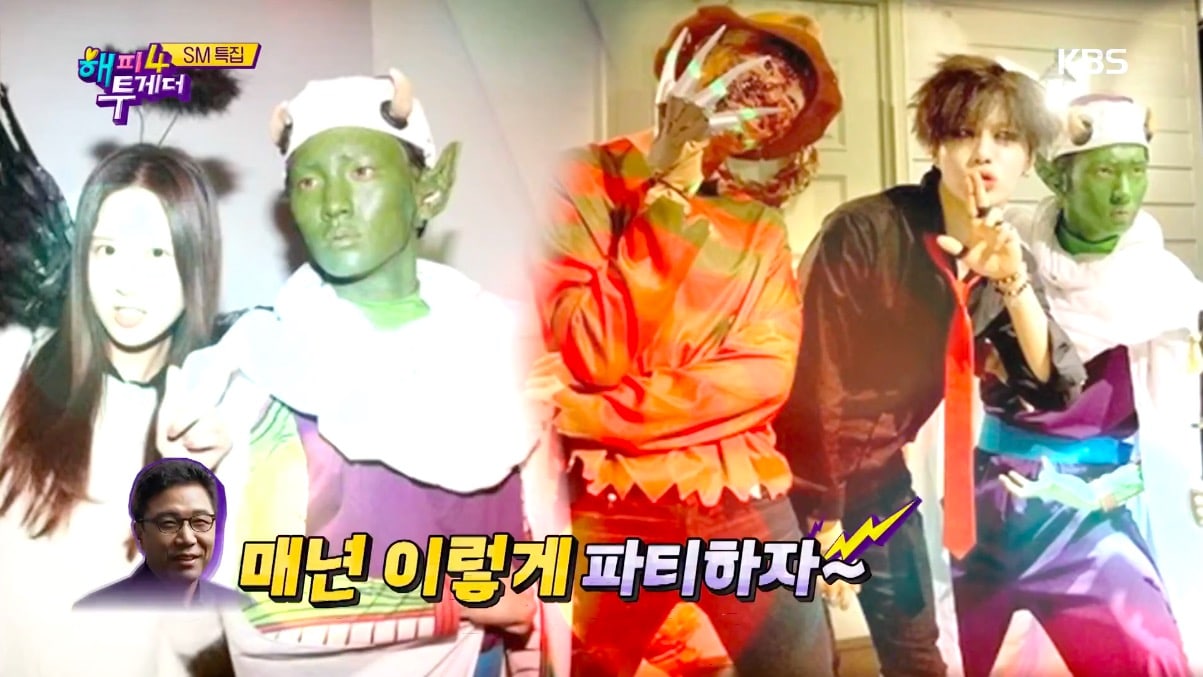 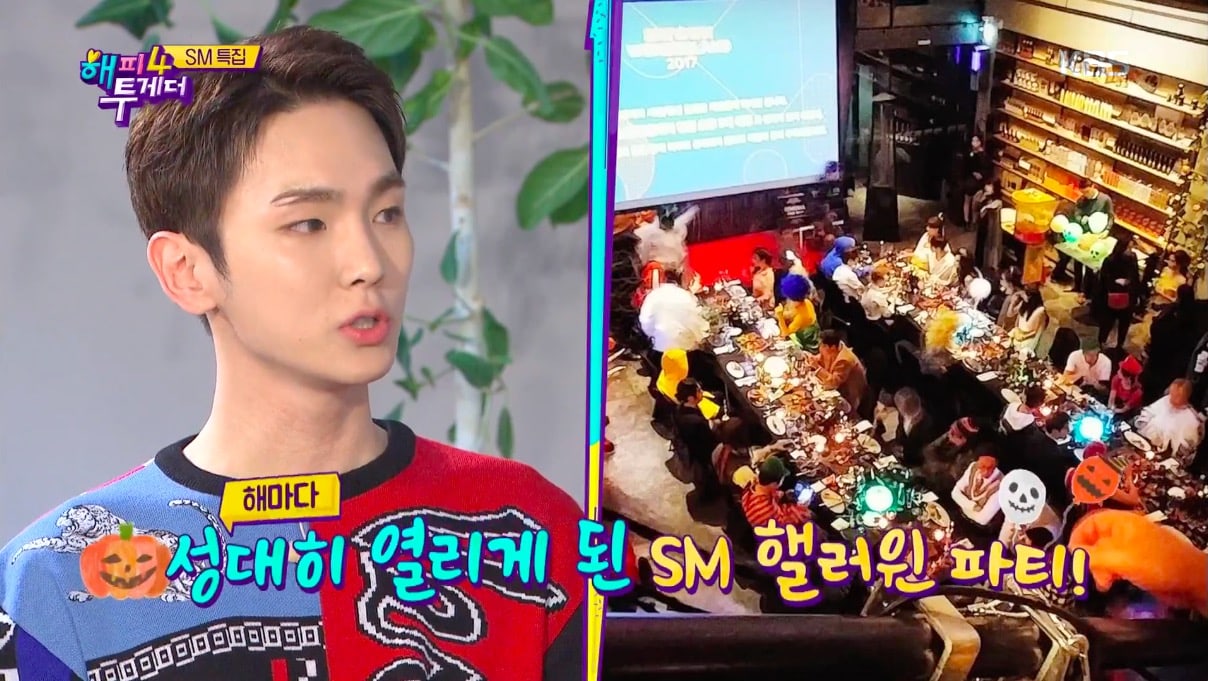 “Last year I lost to Chanyeol,” he said, and they talked about how Chanyeol had come to the party in an “Iron Man” suit. BoA laughed and said, “It cost 20 million won [approximately $17,860].” 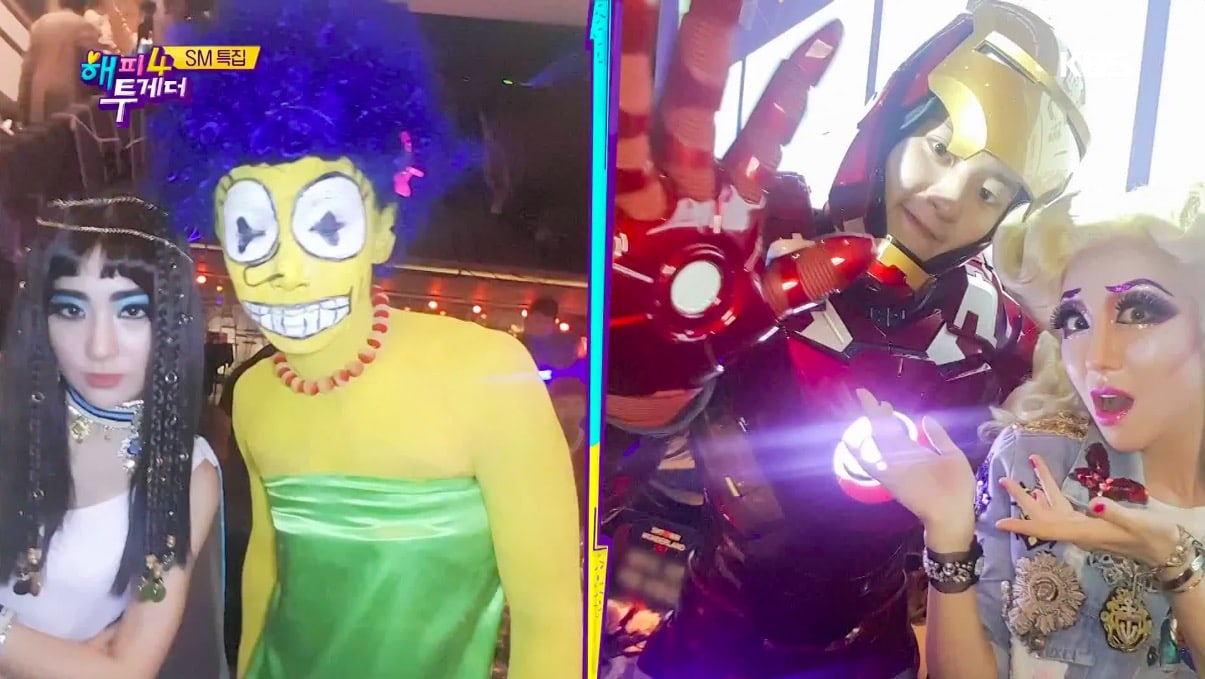 Baekhyun then revealed, “Actually, he was going to come to this Halloween party too and he ordered something from abroad, but it got stuck in customs.”

Key immediately said, “What a relief!” 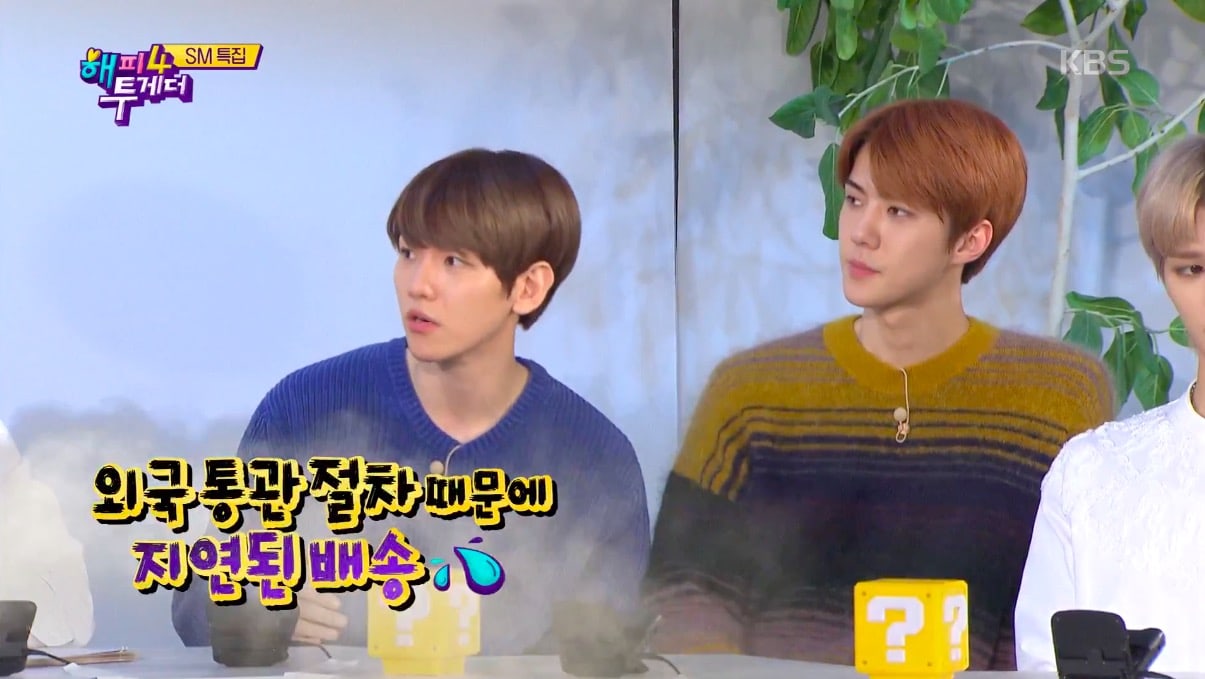 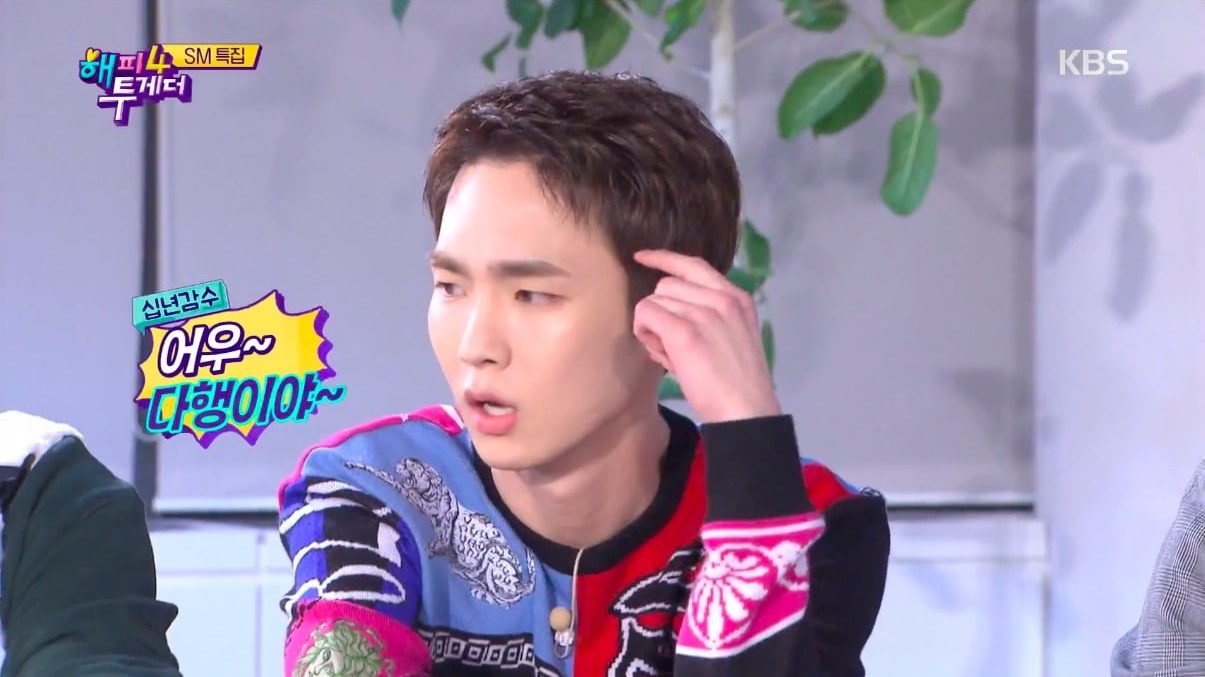 Baekhyun added that Chanyeol had been angry that it hadn’t arrived after he’d had everything planned. When the hosts asked what Chanyeol’s costume was, Baekhyun said it was Deadpool.

Key looked even more relieved when he found out Chanyeol’s planned costume and joked, “I think God helped me this year.” 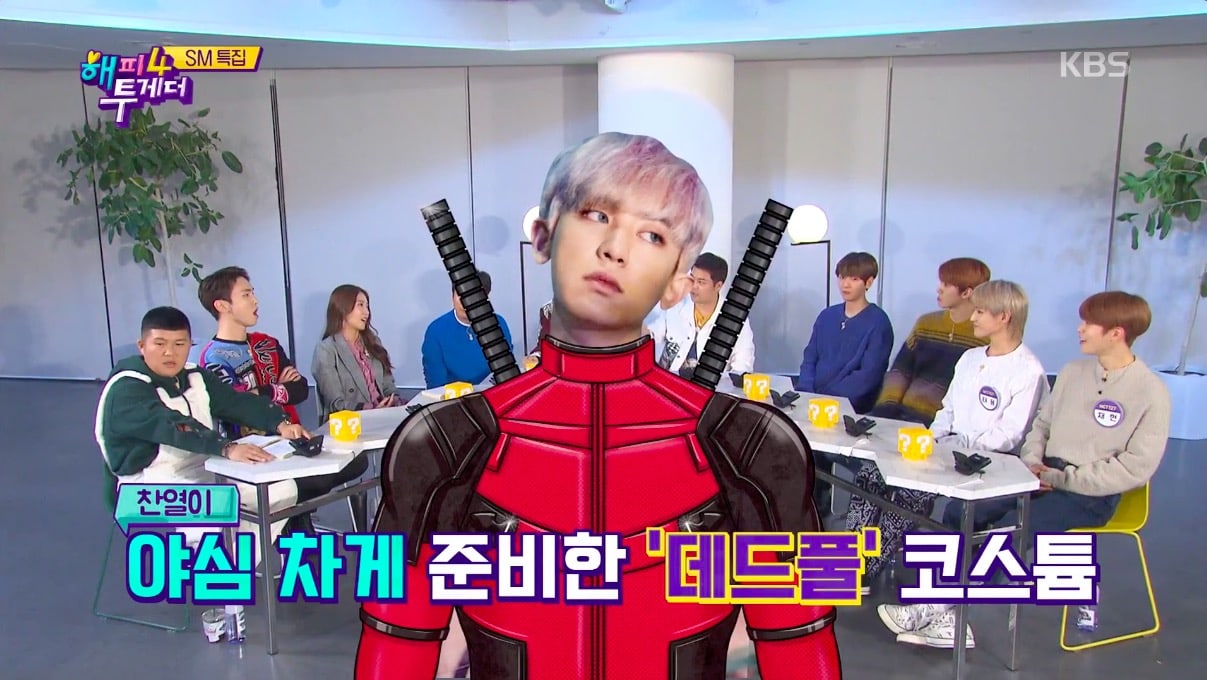 Key also shared that after he’d gone as Ronald McDonald to the 2015 party, he received a lot of coupons from McDonald’s. He lost to f(x)’s Luna that year, who had worn a “Mad Max” costume. He explained that this made him realize that it was important to do a character that’s really popular. 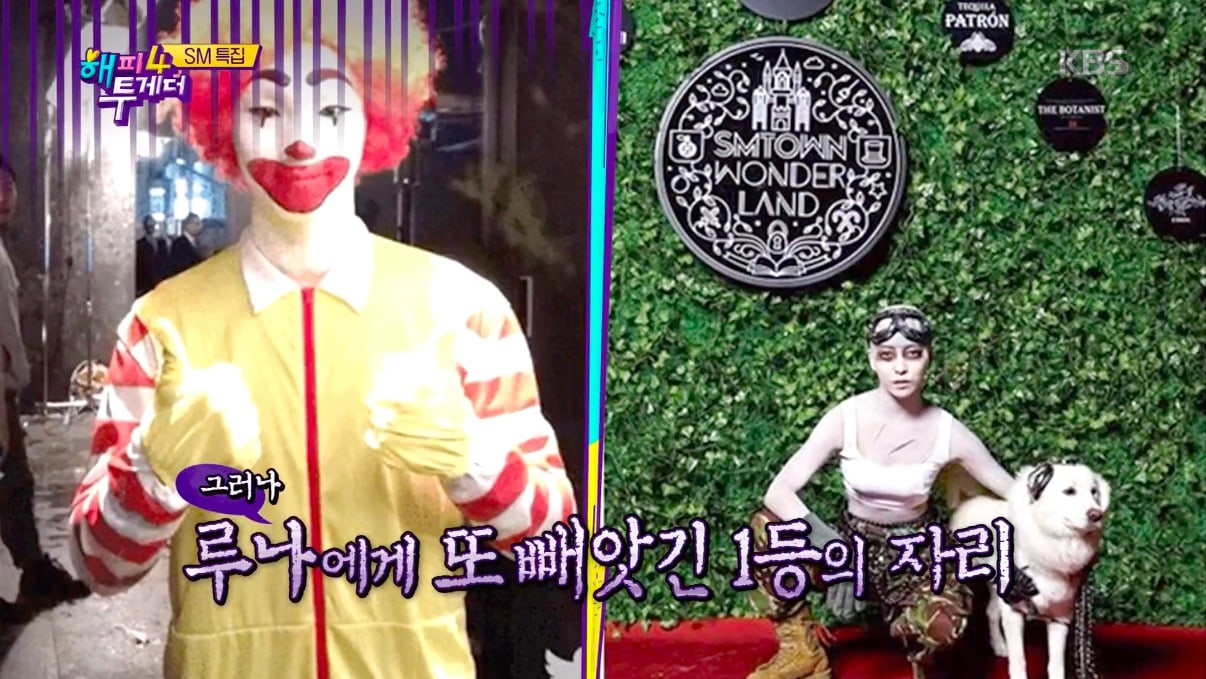 For this year’s party, he called in the make-up team from the show “Comedy Big League” for his Voldemort costume and came in first, earning business-class return trip tickets for two to the Maldives and a three-night stay at a resort. 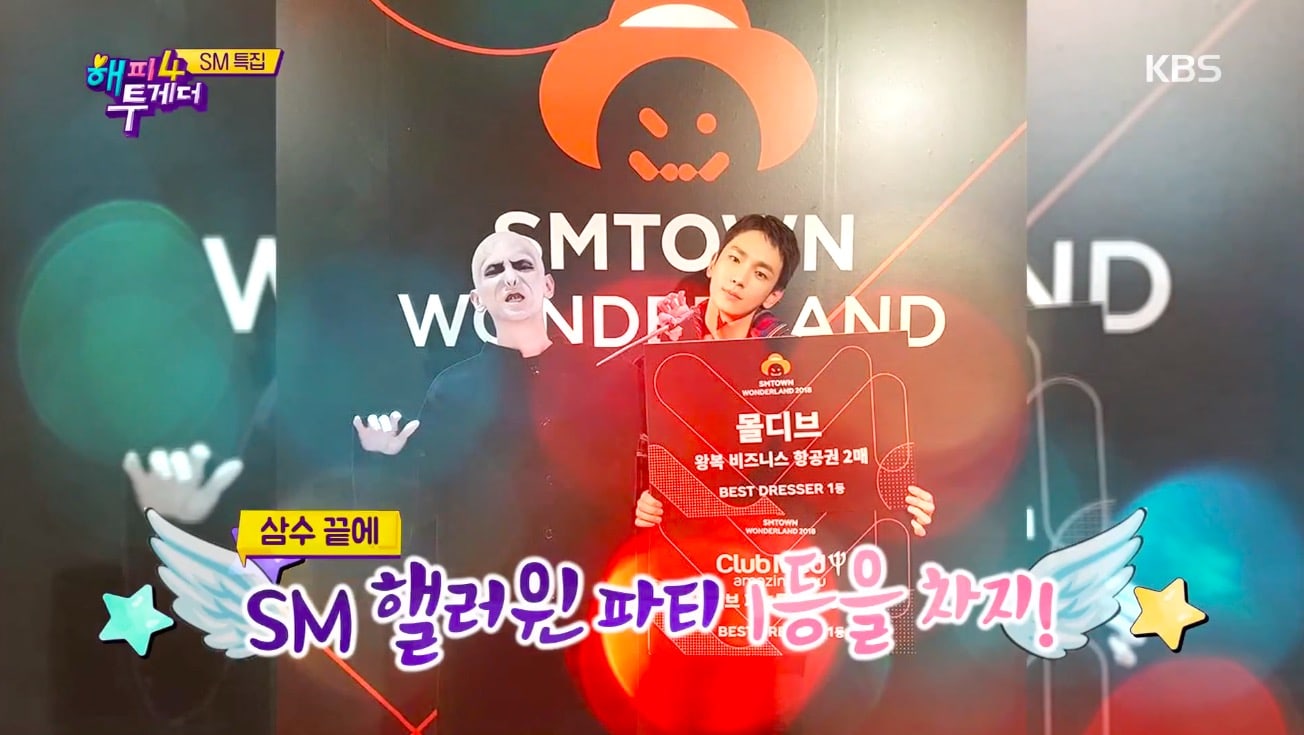 Baekhyun also put in an impressive effort for his mummy costume this year. NCT’s Taeyong said, “We were all like, ‘Who is that?!'” and Baekhyun said, “No one knew! I couldn’t even make it into the rankings.” 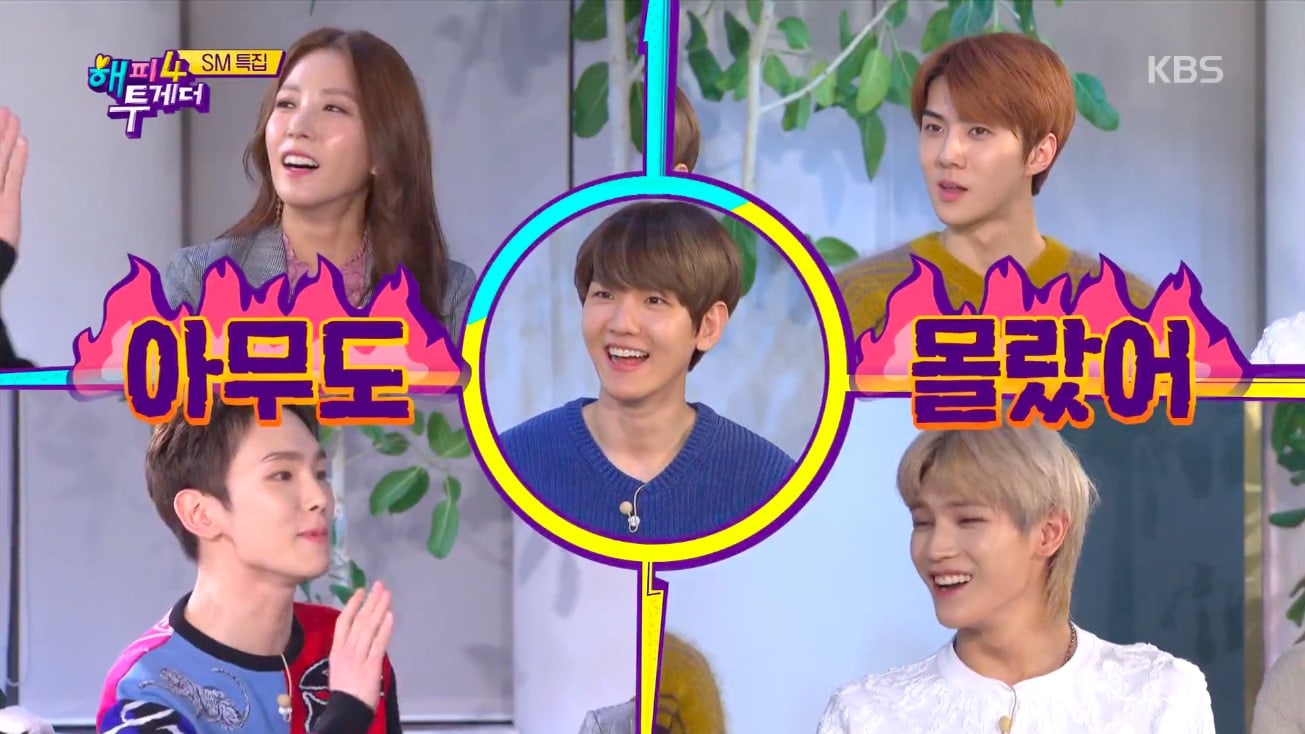 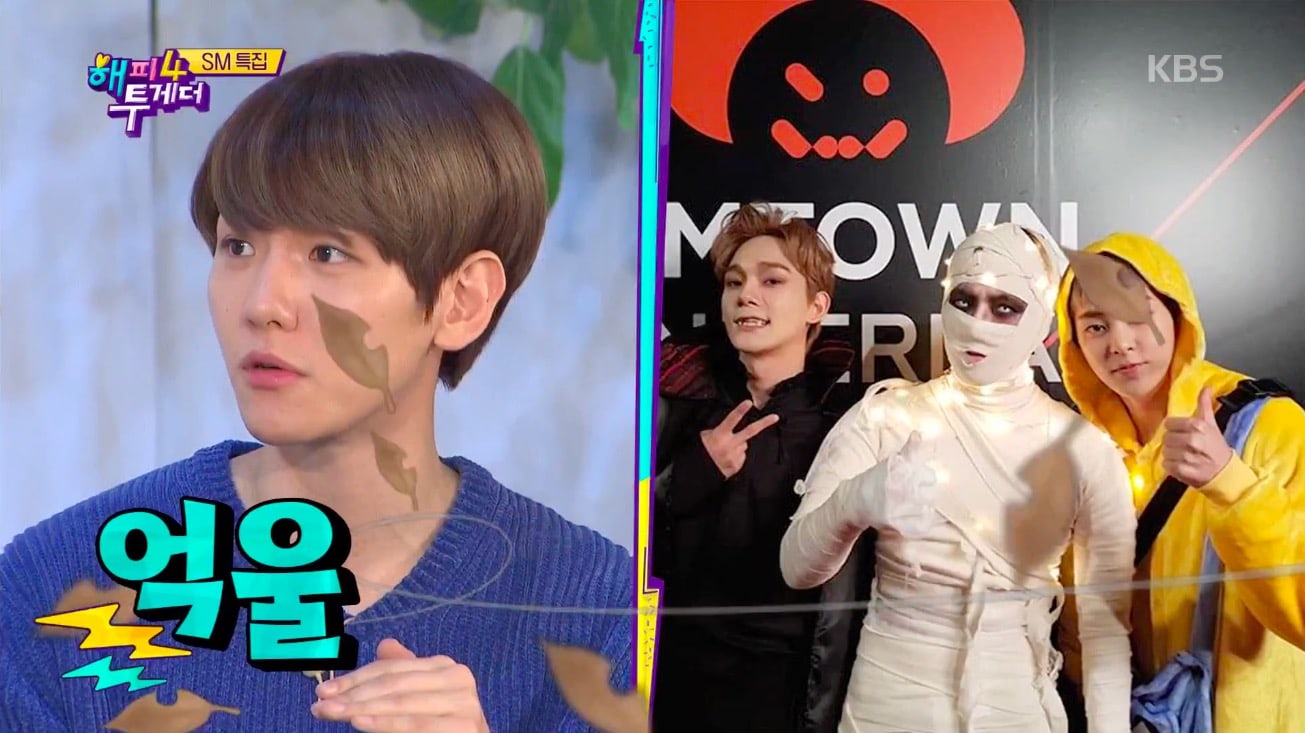 EXO
SHINee
Happy Together
Key
Chanyeol
Baekhyun
How does this article make you feel?