While on KBS 2TV’s “Happy Together,” BoA talked about how she saw Yoo Jae Suk performing “Dancing King” with EXO.

On November 8, BoA, SHINee’s Key, EXO’s Baekhyun and Sehun, and NCT’s Taeyong and Jaehyun appeared on the variety show for an “SM special” episode.

Following the new format of the program where the MCs go to meet the guests, the show took place at the SM Entertainment agency headquarters.

Yoo Jae Suk reminisced about the time when he practiced “Dancing King” with EXO in SM’s dance practice room. In September 2016, he successfully completed the challenge of practicing and performing with EXO on stage for MBC’s “Infinite Challenge,” and their collaboration song “Dancing King” was also released on music sites, with all proceeds going to charity.

Baekhyun explained, “We did a song called ‘Dancing King’ as a project. I had heard that Yoo Jae Suk is kind and always sincere. Even when the cameras were off, he kept asking us to teach him and we were really touched.”

Yoo Jae Suk jokingly added, “At the time, Baekhyun and many others actively helped me. But Sehun was the one who laughed at me in the back.” Sehun laughed and replied, “You remember that.”

The MCs asked Sehun why he laughed, and were curious if it was because Yoo Jae Suk was so bad. Sehun said that wasn’t the case, and he agreed when Yoo Jae Suk said it was just because it was funny. Baekhyun continued, “To be honest, it’s not like Yoo Jae Suk has ever learned how to dance, but he worked really hard.” 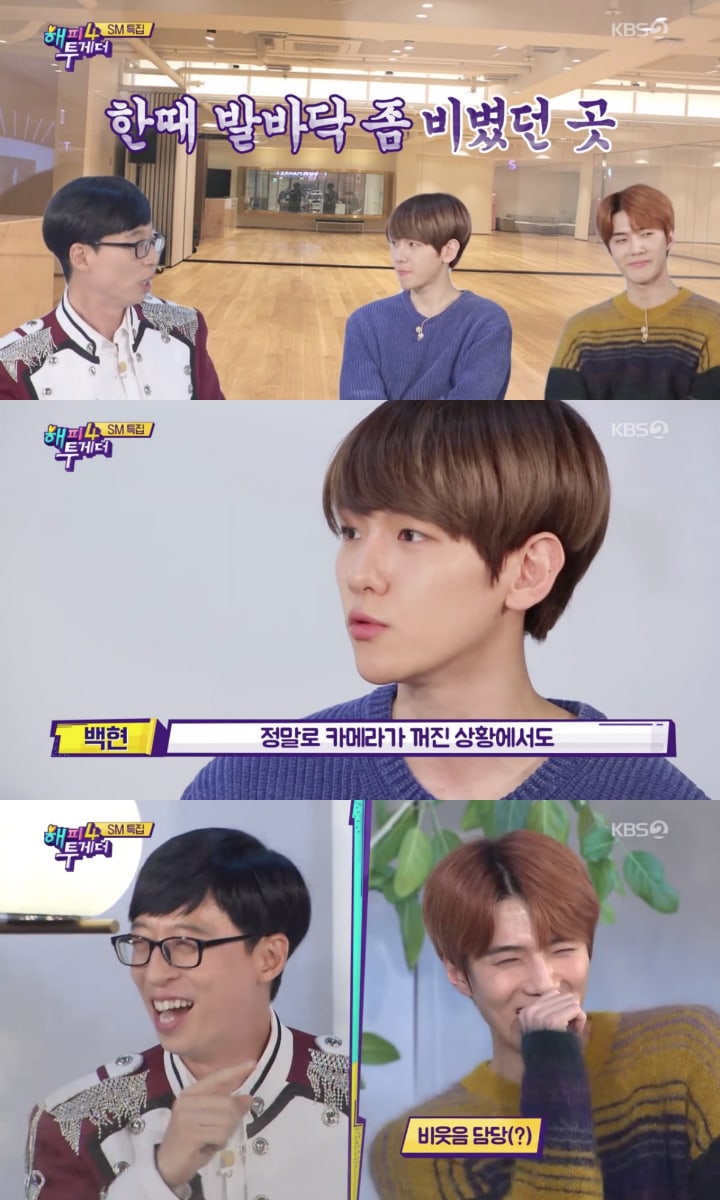 BoA commented that she had seen Yoo Jae Suk performing together with EXO in Thailand at their concert. She said, “You shined brighter than anyone else.” Yoo Jae Suk replied, “I just got emotional hearing you say that. If this was an audition program, I probably would’ve cried. I would have bawled.”

BoA added, “If it were me, I think I would’ve cast you right away for SM.” Baekhyun agreed by saying, “His passion is really outstanding.” 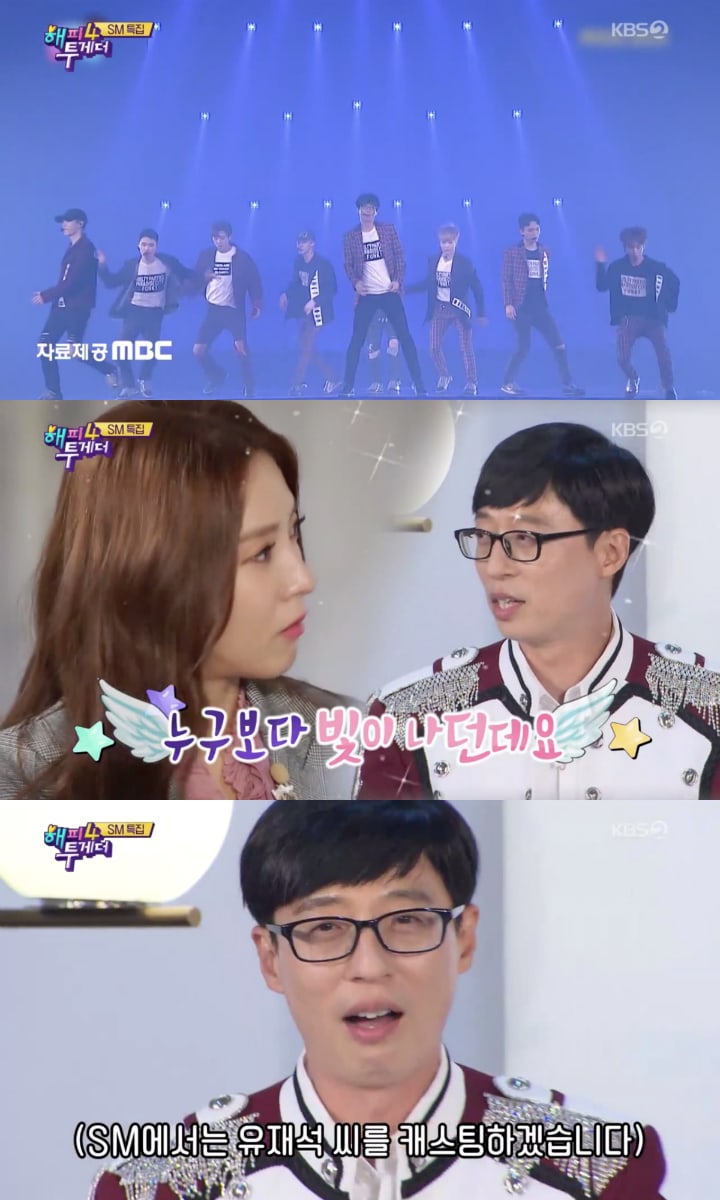 “Happy Together” airs on Thursdays at 11:10 p.m. KST. Check out an episode below!

Yoo Jae Suk
BoA
Happy Together
How does this article make you feel?