On November 9, the KBS music show confirmed that it would be returning to Hong Kong for the upcoming 14th stop of its ongoing world tour. “Music Bank,” which previously held a special episode in Hong Kong back in 2012, will be staging a spectacular show at the AsiaWorld-Expo Arena in January of next year.

A representative of the program stated, “‘Music Bank in Hong Kong’ will take place on January 19, 2019 at Hong Kong’s AsiaWorld-Expo Arena. It will be the 14th [concert] of Music Bank’s world tour.”

The representative also went on to reveal that former “Music Bank” MC Park Bo Gum would be returning to host the special episode, announcing, “Park Bo Gum, who hosted the Singapore, Jakarta, Chile, and Berlin world tour episodes, will be serving as the MC.” 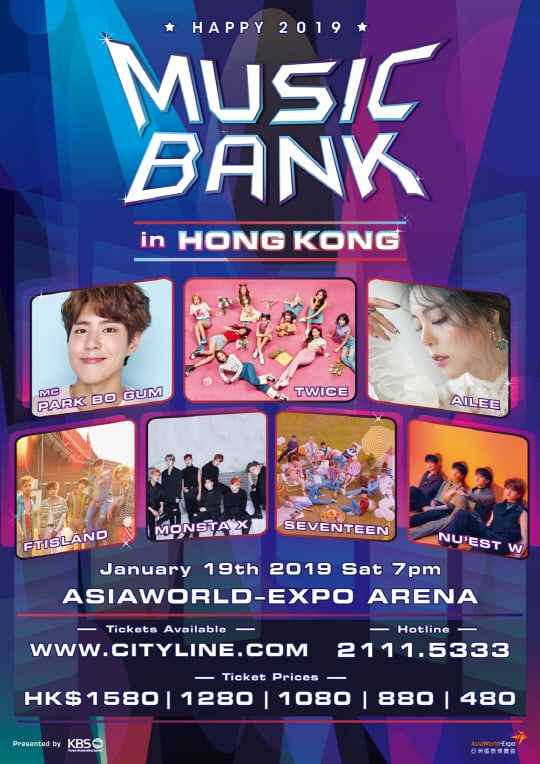 “Music Bank in Hong Kong” will take place on January 19, 2019 at the AsiaWorld-Expo Arena in Berlin.