The 2018 Korea Popular Music Awards has set the date for its upcoming award ceremony!

On November 9, the 2018 Korea Popular Music Awards (hereafter KPMA) officially announced that its awards show would take place on December 20 at the Ilsan KINTEX.

The 2018 KPMA organizing committee remarked, “[The 2018 KPMA] will be a valuable award ceremony that gathers the old generations who have led the Korean music industry in the past and the new generations who will lead it in the future, as well as the K-pop stars who are standing at the forefront of the Korean wave, in one place.”

The committee went on, “We will shed the format of existing Korean music awards, and we will focus on equality and impartiality in our judging, so that we can secure our position as a trustworthy and reliable award ceremony.” 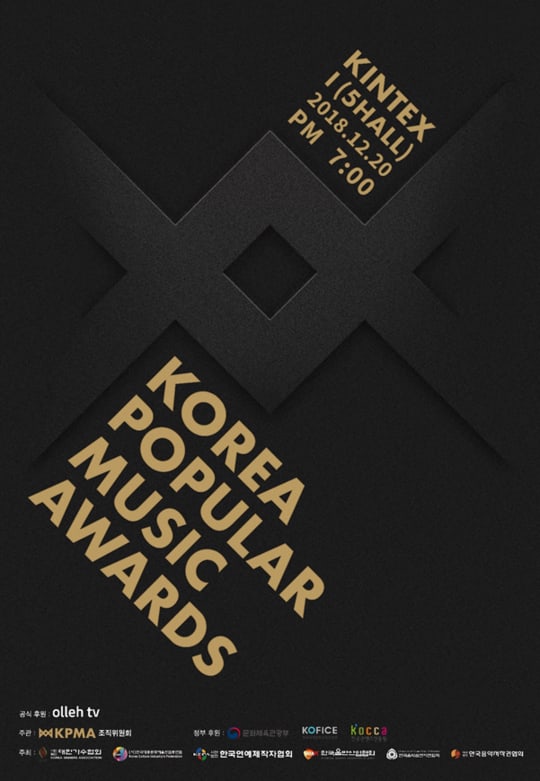 The 2018 KPMA will determine its awards using both online voting and a panel of expert judges. Online voting will begin on November 16 and will take place on the awards show’s official website.

Stay tuned for updates on the list of nominees and the stars who will be attending this year’s ceremony!

2018 Korea Popular Music Awards
How does this article make you feel?