On the November 8 episode of “Happy Together,” several SM artists appeared as guests on the show.

During the episode, SHINee’s Key and EXO’s Baekhyun and Sehun talked about what their dorm lives were like, as well as the differences between their individual group discussions.

EXO’s Baekhyun and Sehun first discussed the early days of their debut when the EXO members had been living together at a dorm. Baekhyun told a story about how the group would usually hold weekly “family” meetings to discuss things such as what the members did well or needed to improve on that certain week. He then went on to explain that much of their conversations centered around manners and etiquette and jokingly called out Sehun as someone who broke many of those rules. 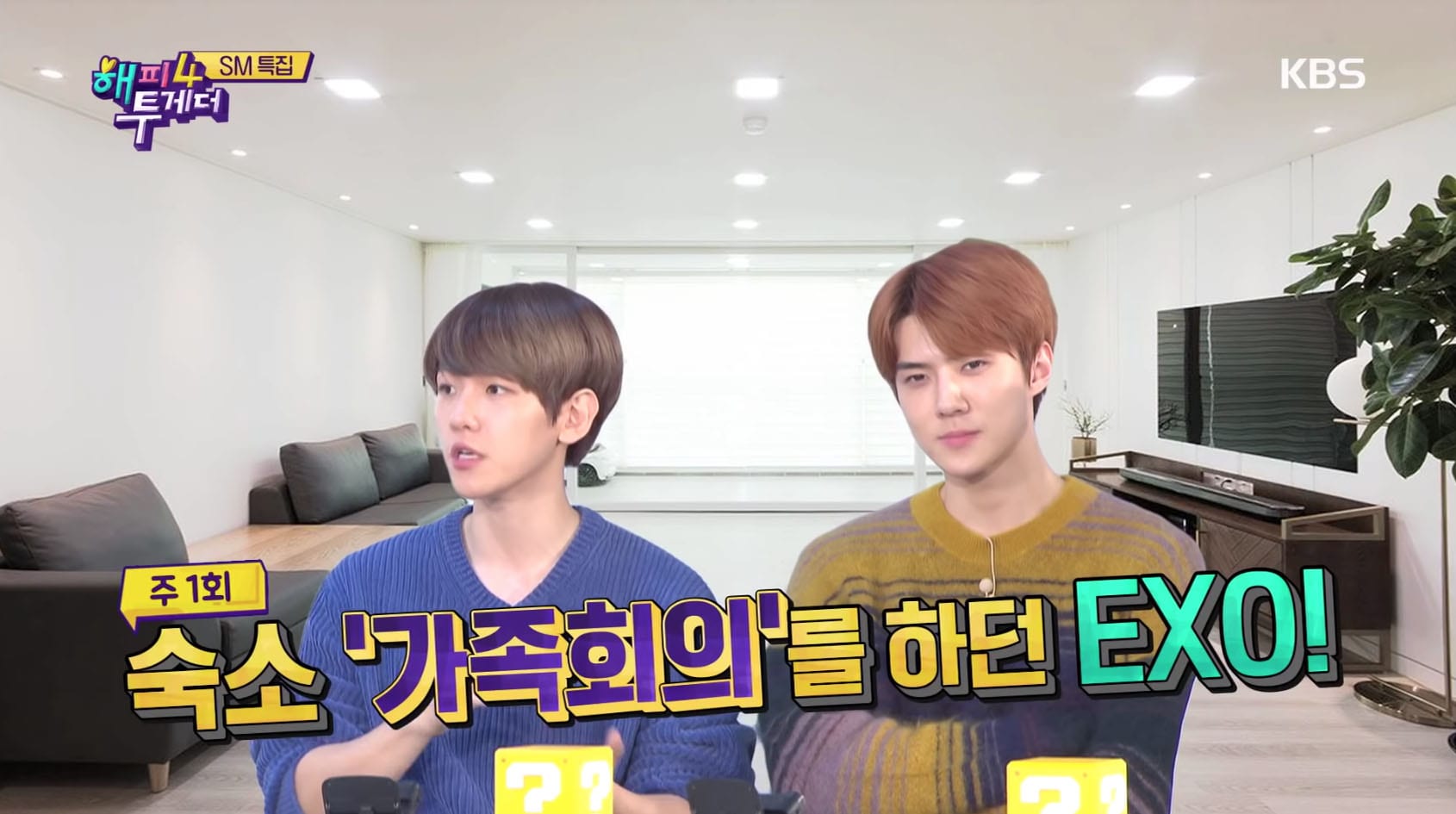 He remarked, “There was a time when [Sehun] would eat his cereal and not take the bowl of milk to the sink, so we talked about that with him. Because Sehun thought that he was the only one getting ‘attacked,’ he became a bit upset. He told us with tears in his eyes, ‘I pray for all the hyungs every night before I go to sleep! Why do you do this only to me!'” 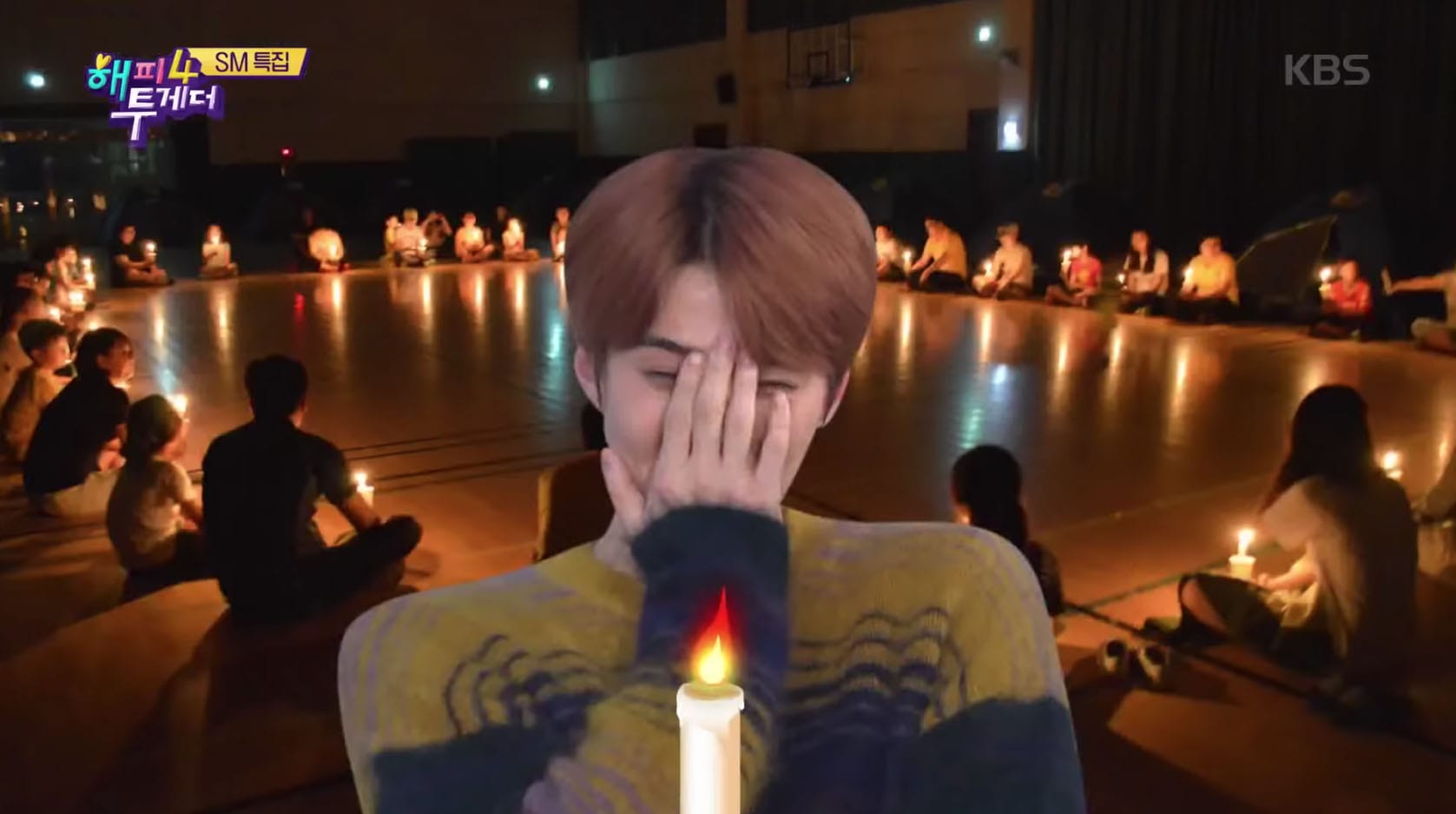 The “Happy Together” cast then gave Sehun a chance to explain himself. Sehun clarified that he usually cried when he felt that something was extremely unfair, not when he became angry. When Jun Hyun Moo pointed out that failing to clean the bowl of cereal was indeed something wrong, Sehun became speechless and had the room exploding in laughter when he eventually replied, “But the hyungs did it too.” 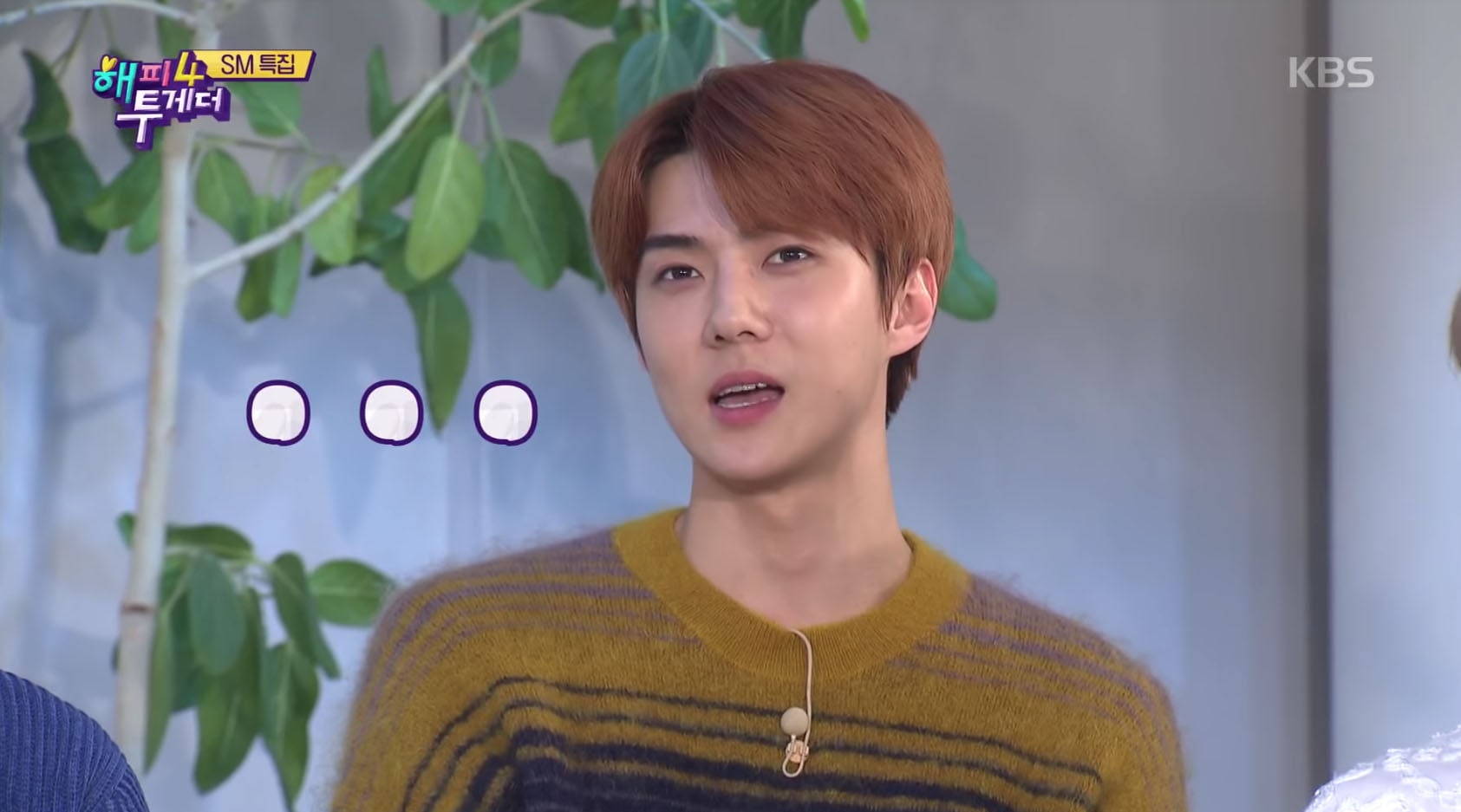 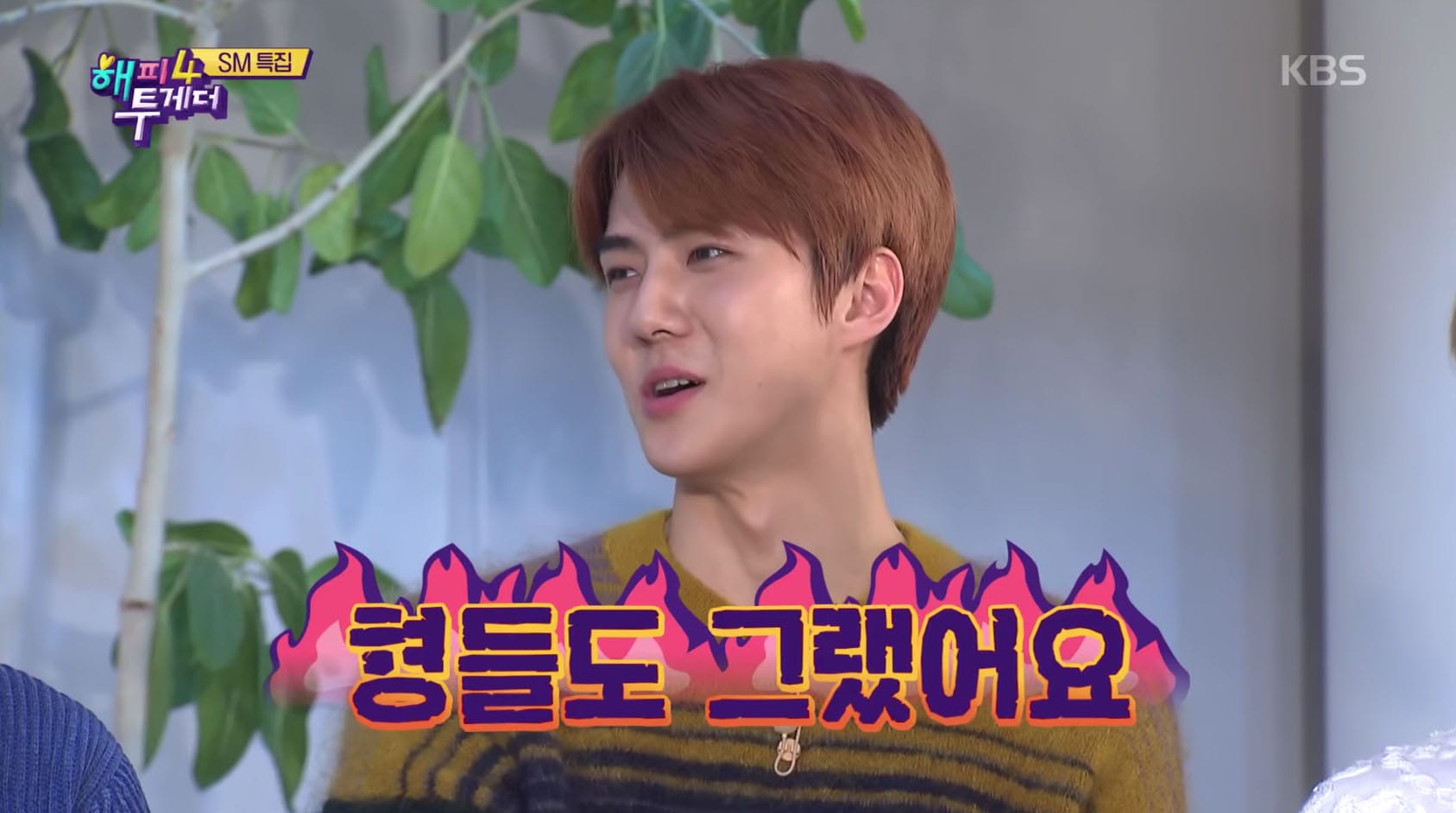 Because he was the youngest member, Sehun felt that he couldn’t say such things to the others.

Key then turned the sincere mood around when he added, “If it was [SHINee] we would’ve just kept going. Like, ‘Oh, you’re going to bring up something I did? Well I’ll say something about you!'” 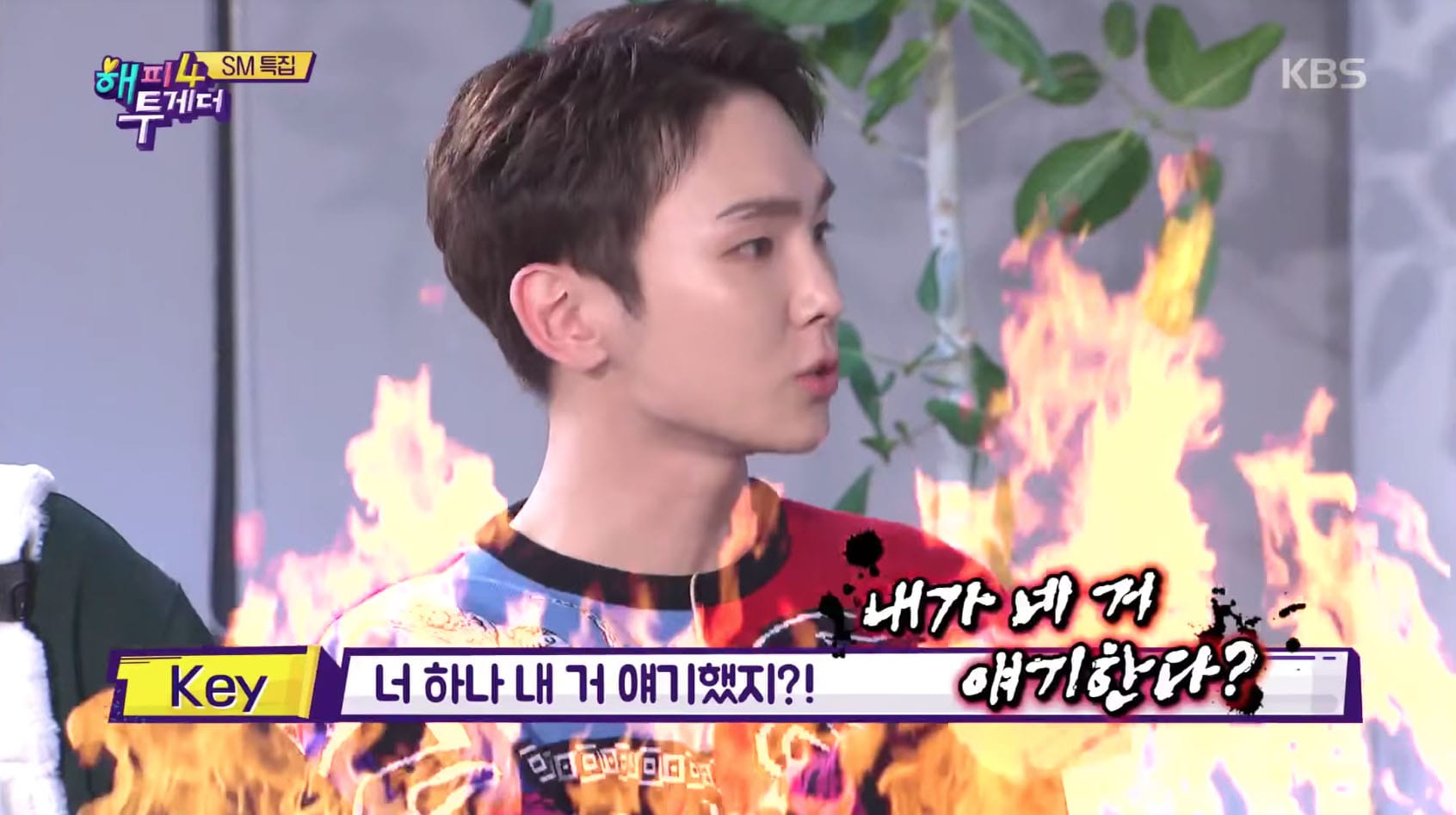 The SHINee member then gave an explanation for his hilarious words, as he commented that during their trainee days, everything felt difficult and they were sensitive to each other’s words. He then shared an amusing story about how one member had once told him he walked strangely. Key couldn’t help but be flabbergasted at the time, as the criticism was extremely childish. 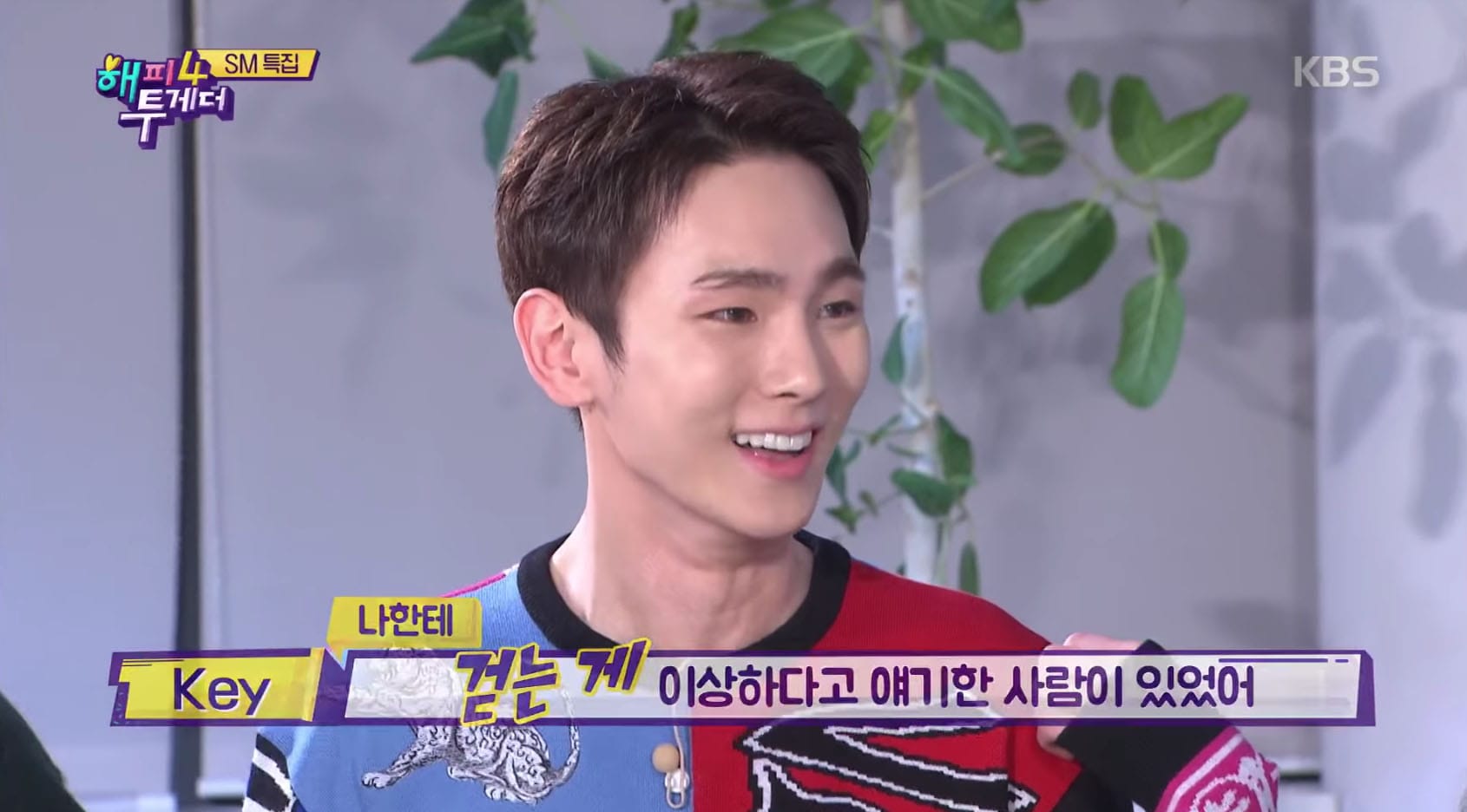 Key went on to explain that after that, SHINee decided to end their weekly family meetings.

He then told another story about how being too close with the same people for a long period of time could be dangerous for everyone involved. He commented, “There are times when you just can’t stand the sight of someone just walking, or even eating. But there was a specific moment where I decided that I had to leave the dorm. I was watching TV, and Minho came out of his room. But all of a sudden, I wanted to run up to him and smack the back of his head. He didn’t do anything! After that, I knew I had to get out of the dorm, and that’s how I came to live alone.” 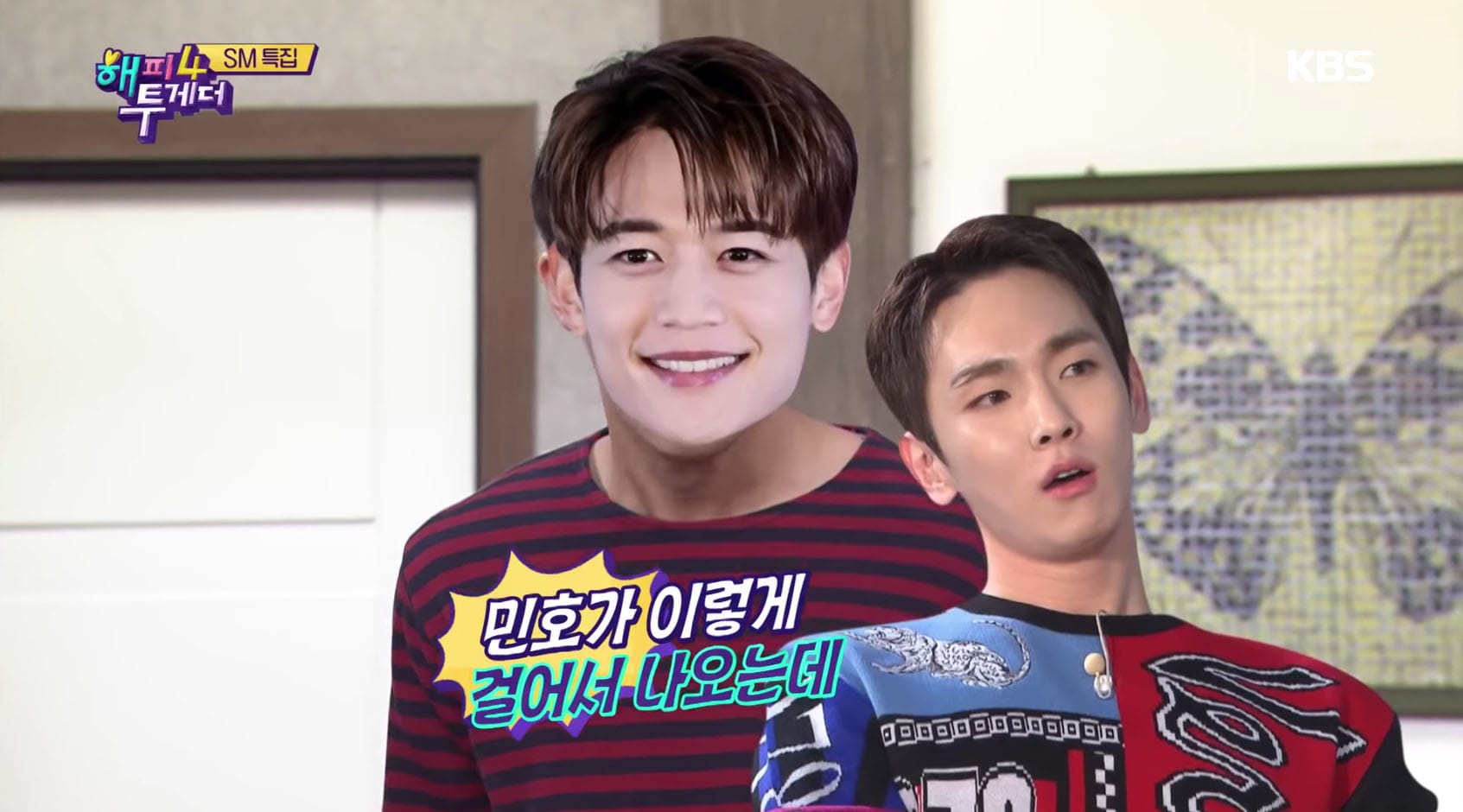 In response to Key’s story, Jun Hyun Moo concluded, “Ah, so now we know it was Minho who said that [about your walk].” Key could only laugh in reply. 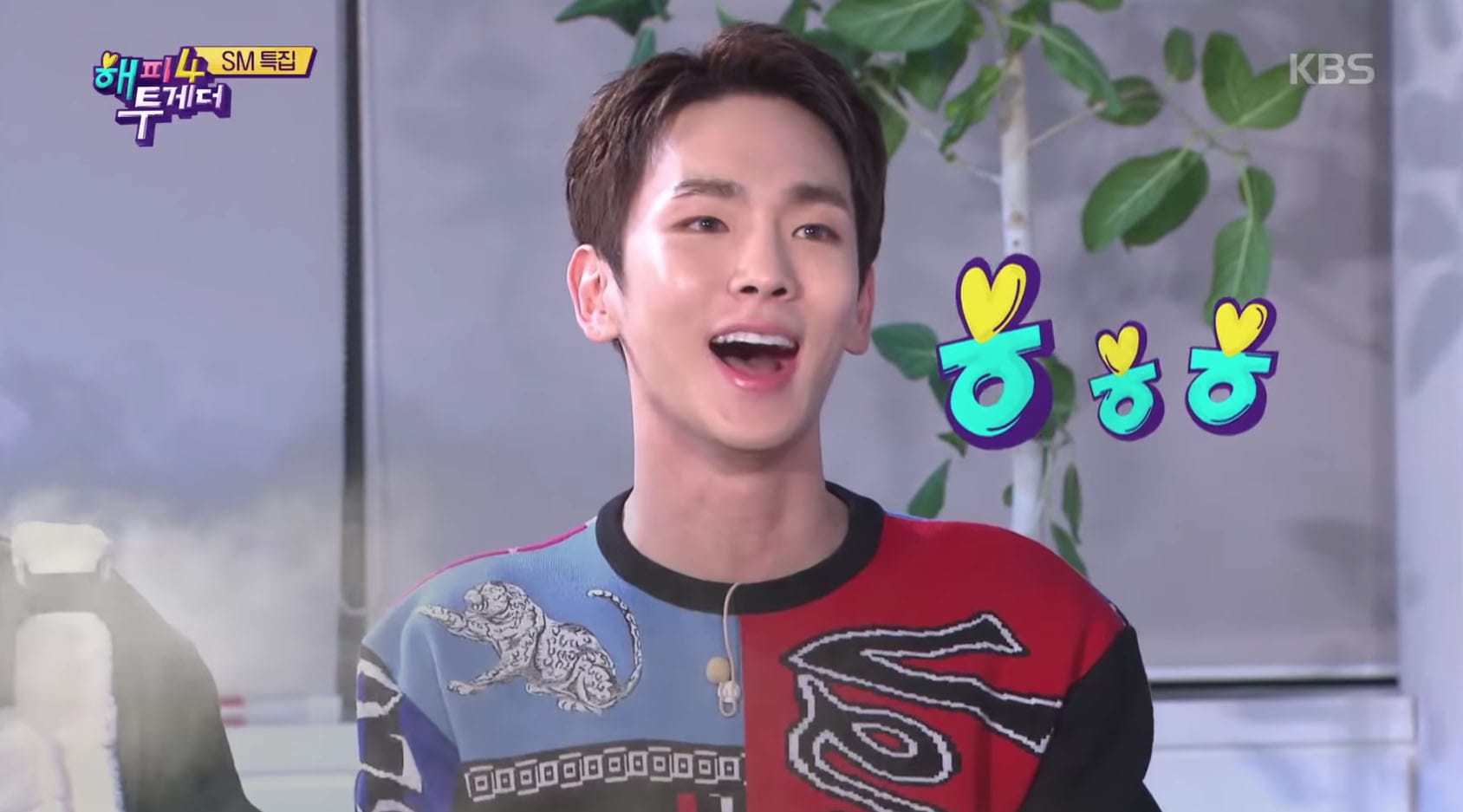 EXO
SHINee
Happy Together
Key
Sehun
Baekhyun
How does this article make you feel?