SBS’s upcoming drama “My Strange Hero” has revealed its first glimpse of its star Yoo Seung Ho in character!

“My Strange Hero” is a new romantic comedy starring Yoo Seung Ho as Kang Bok Soo, a boy who is expelled from school after being falsely accused of violence against other students. Years later, Kang Bok Soo returns to school in order to avenge himself, but finds himself swept up in a new series of unexpected incidents instead. The drama will also star Jo Bo Ah as Son Soo Jung, Kang Bok Soo’s first love.

On November 9, “My Strange Hero” unveiled its very first stills of Yoo Seung Ho in his starring role. The newly released photos show the handsome Kang Bok Soo working as a delivery driver after being wrongfully expelled from school.

In the first few stills, Kang Bok Soo wears a serious expression as he makes a phone call and looks around at his surroundings. He later sinks to the ground in despair, looking stressed out and helpless as he takes off his helmet. 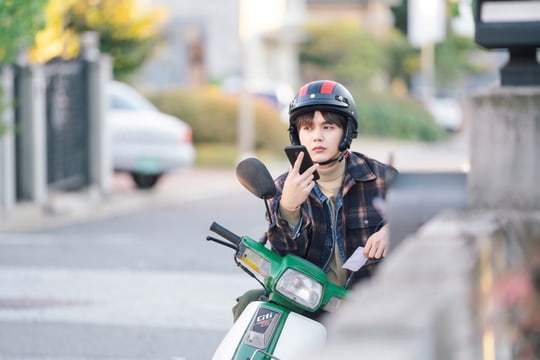 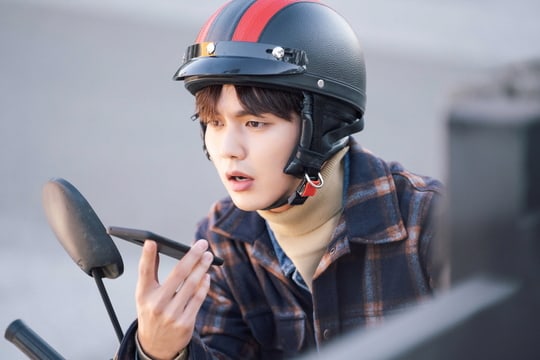 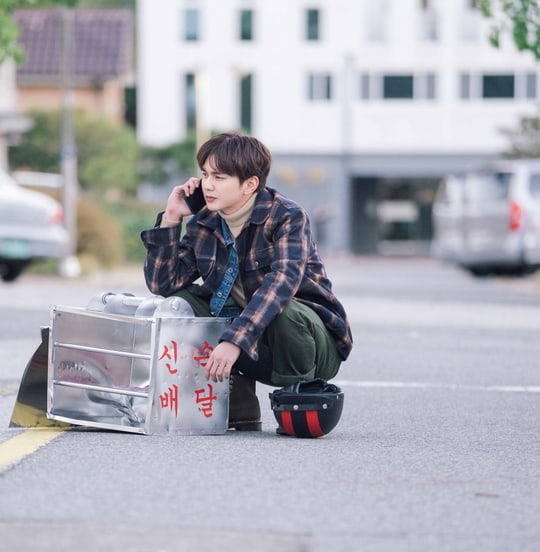 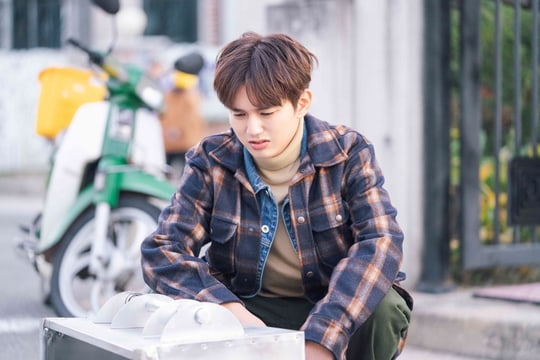 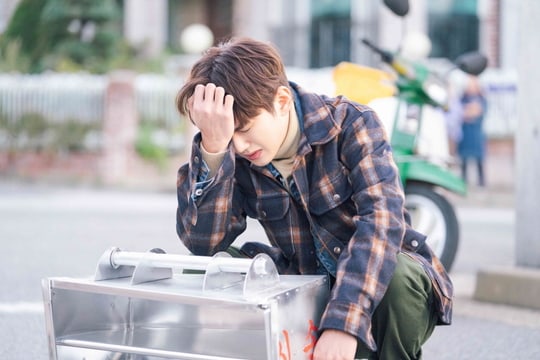 The scene was shot in the city of Paju on October 18, Yoo Seung Ho’s first day of filming for the drama. According to the production crew, Yoo Seung Ho made sure to greet each staff member individually as soon as he arrived, immediately brightening the atmosphere on set with his warmth and friendliness.

The actor also reportedly showed great interest in his character’s motorcycle, jumping at the chance to ride it as soon as it arrived. According to those present during filming, he was incredibly meticulous in his preparations for the scene, and he carefully went over every detail with the director before his first take.

Yoo Seung Ho remarked afterwards, “I was nervous because it was the first shoot, but thanks to the refreshing character of Kang Bok Soo, the energetic director, and the lively staff, I was able to act to my heart’s content.”

He added, “I’m really looking forward to the time when I’m finally able to greet viewers as Kang Bok Soo. I hope that the character of Kang Bok Soo is able to provide weary and exhausted viewers with even the tiniest bit of healing.”

The producers of “My Strange Hero” commented, “Yoo Seung Ho has his own unique charm, and he can suddenly make you smile even in the midst of a serious conversation about a scene. That’s exactly the essence of the character Kang Bok Soo.”

“My Strange Hero” premieres on December 10 and will be available with English subtitles on Viki.

Are you looking forward to seeing Yoo Seung Ho in this new drama? Leave your thoughts below!