Jun So Min will be meeting her doppelgänger Kim Byung Ok in the upcoming episode of “Running Man.”

On the November 11 episode of “Running Man,” the eight members of the show will be transforming into siblings. During this week’s race, actor Kim Byung Ok made a surprise appearance as the cast’s father. He previously appeared in “The Sound of Your Heart” as Lee Kwang Soo‘s father.

When Kim Byung Ok appeared on the show, the members commented, “You and Jun So Min look really alike. You really look like a father and daughter.” Kim Byung Ok then agreed, making everyone laugh. Previously, when Jun So Min cut her hair into a bob, the other members had teased her and talked about how she looked similar to Kim Byung Ok. 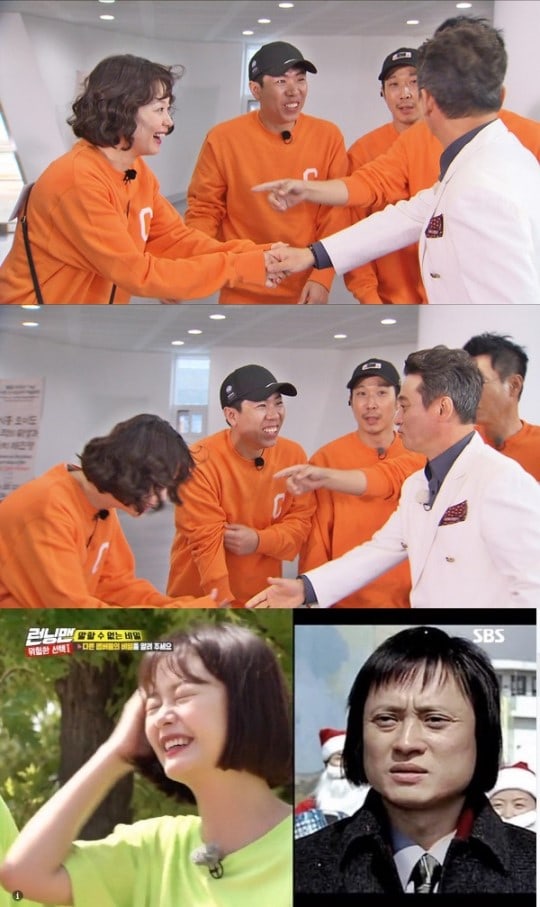 kim byung ok
jun so min
Running Man
How does this article make you feel?