On the November 9 broadcast of tvN’s “In-Laws in Practice,” Nam Tae Hyun introduced his younger brother, Nam Dong Hyun — who is also the bassist of his band South Club — to Jang Do Yeon.

Before his brother came over to his house, Nam Tae Hyun explained to Jang Do Yeon that they’re not very close. He said, “It’s awkward with him. When I was 16, he was 11, and I was away from home since then, living in a dorm. We didn’t see each other more than maybe two times a year. It’s more awkward than it is with strangers.”

When asked about what his little brother doesn’t like, Nam Tae Hyun surprised Jang Do Yeon, saying, “Me.” He explained, “I’m kind of like a guardian to him, so he’s a little scared of me. When teaching or disciplining him, I’m cold.” 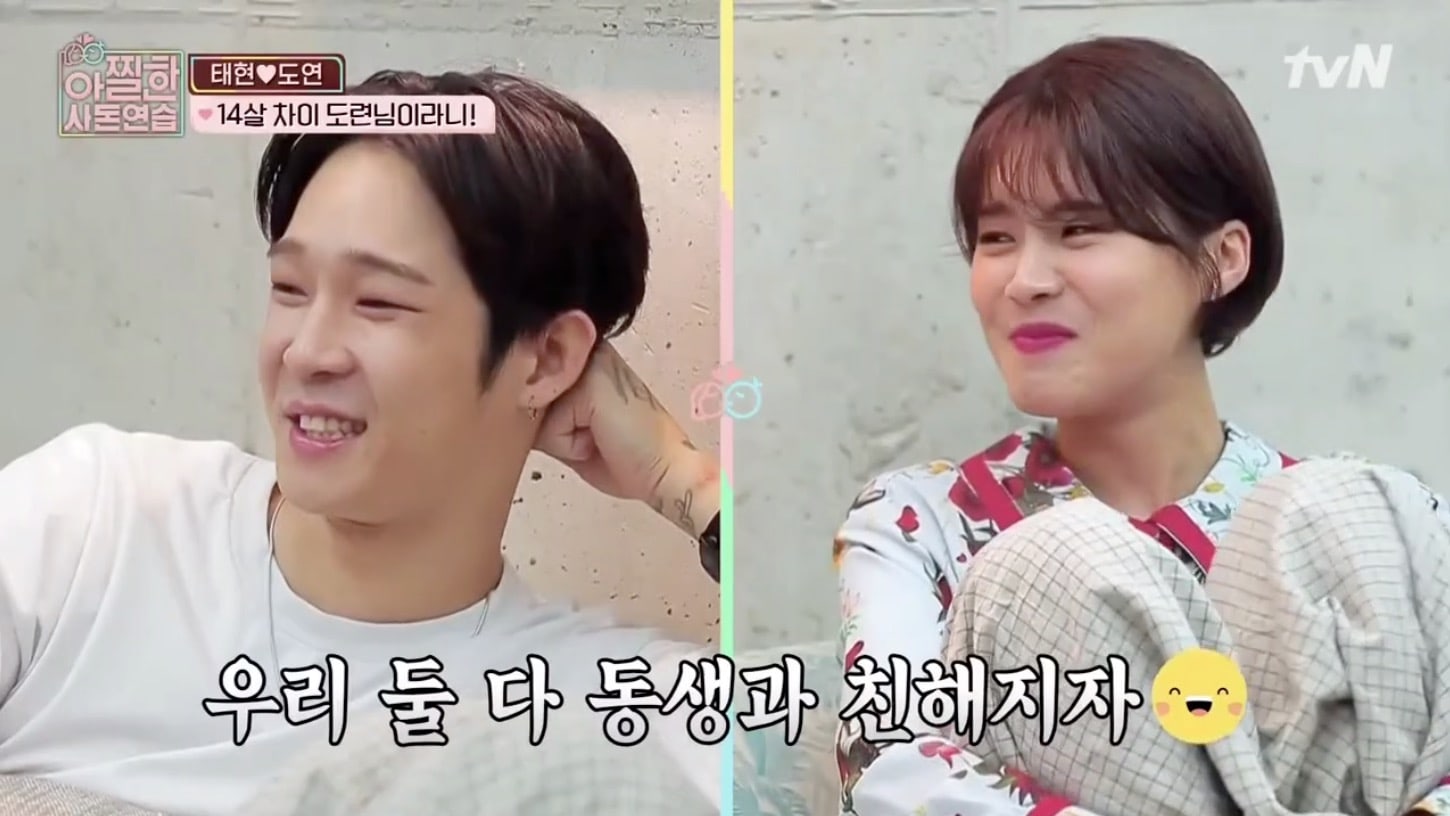 Once Nam Dong Hyun arrived, Jang Do Yeon went to prepare drinks and snacks, leaving the brothers in the living room alone. After Nam Tae Hyun asked his brother if he had eaten anything, the conversation came to a halt. Jang Do Yeon tried to help the two, telling them what to talk about, but it was to no avail. 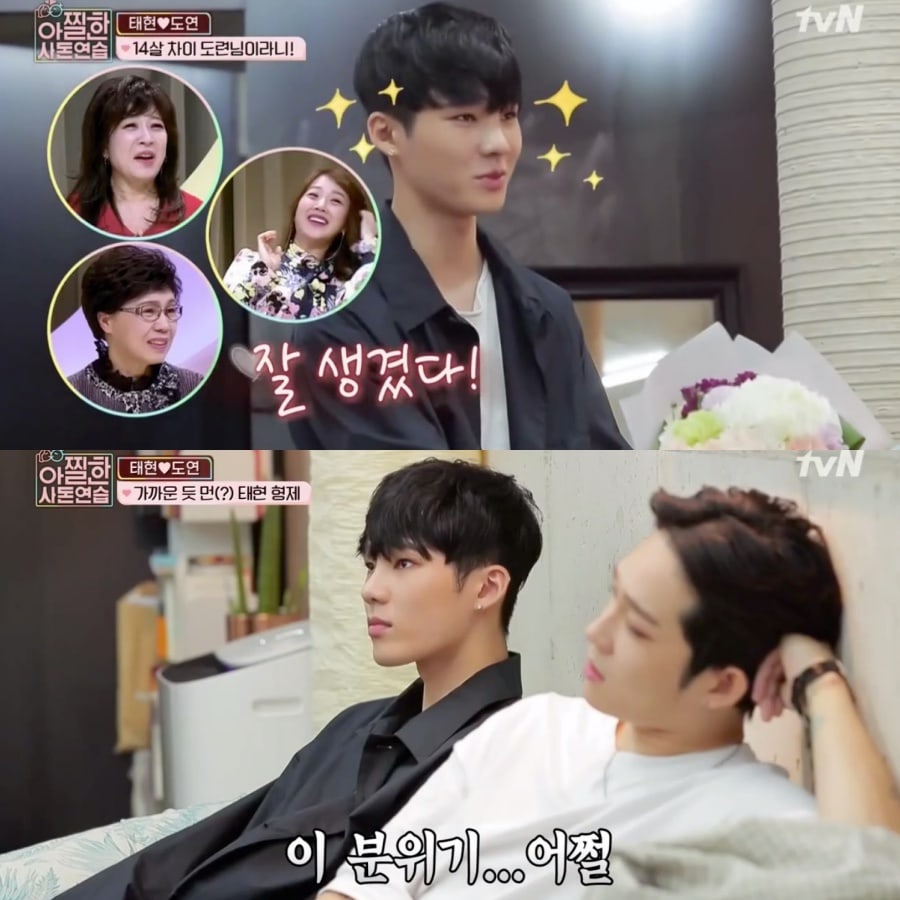 Shortly after, Jang Do Yeon and Nam Dong Hyun were left alone, as Nam Tae Hyun left to use the restroom. When Jang Do Yeon asked him about his relationship with his brother, he quickly opened up, saying that he’s actually a really bright and animated person. “Whenever I’m on television, I’m with my brother, so I feel like I can’t really be myself.” 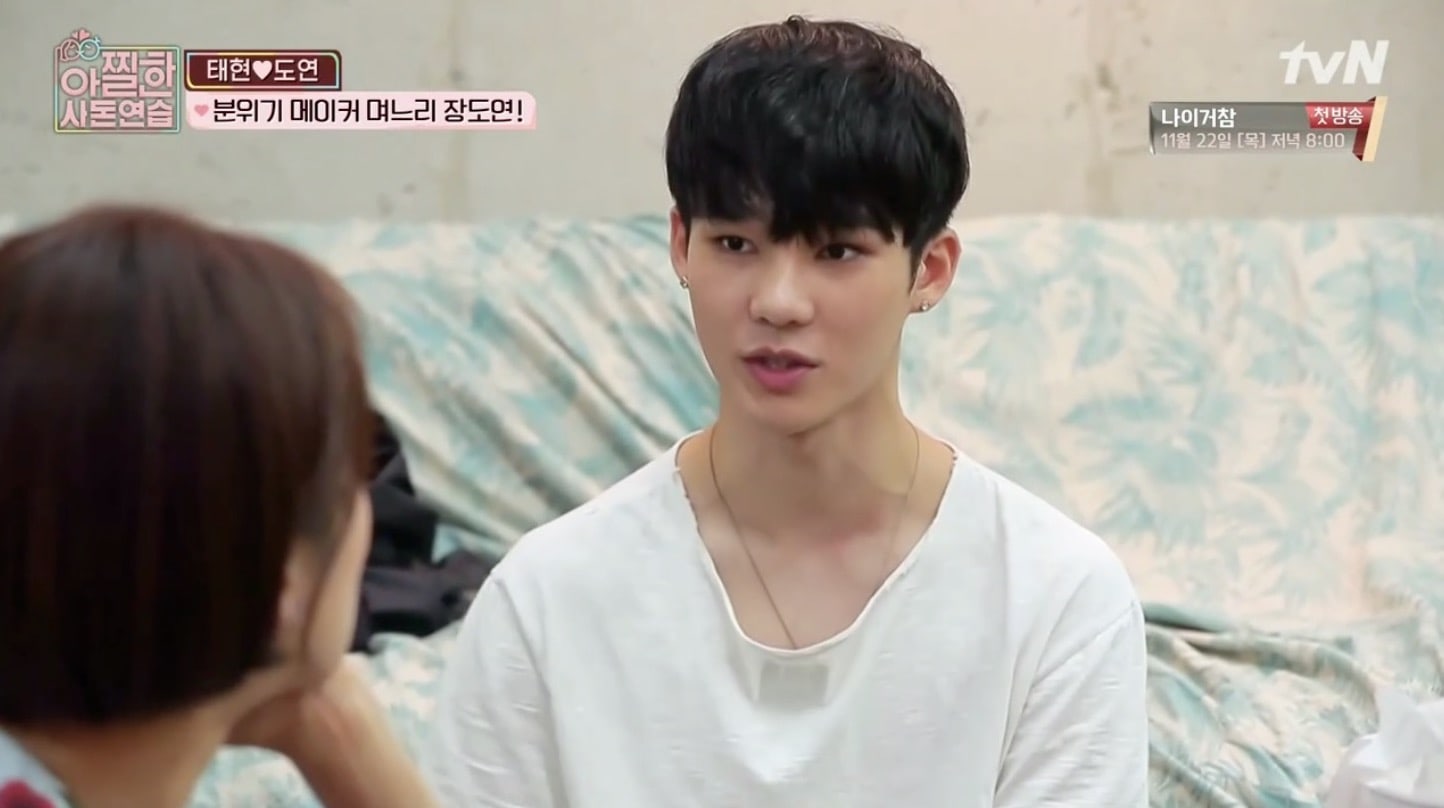 In his interview, Nam Tae Hyun said, “It’s not that I’m [scolding him] because I don’t like him. But I am kind of strict. My brother never spent time as a trainee. He wants to work in entertainment, which means that there will be so much that happens in the future. If there’s something about him that I don’t think is very good, then others will certainly think the same, so I want to help him do away with those things as much as possible.”

The hosts and Jang Do Yeon both commented on how Nam Tae Hyun’s expression completely changes when he’s talking about his brother. Jang Do Yeon said, “His expression was like a scary teacher disciplining his student. It surprised me, how different he was.” 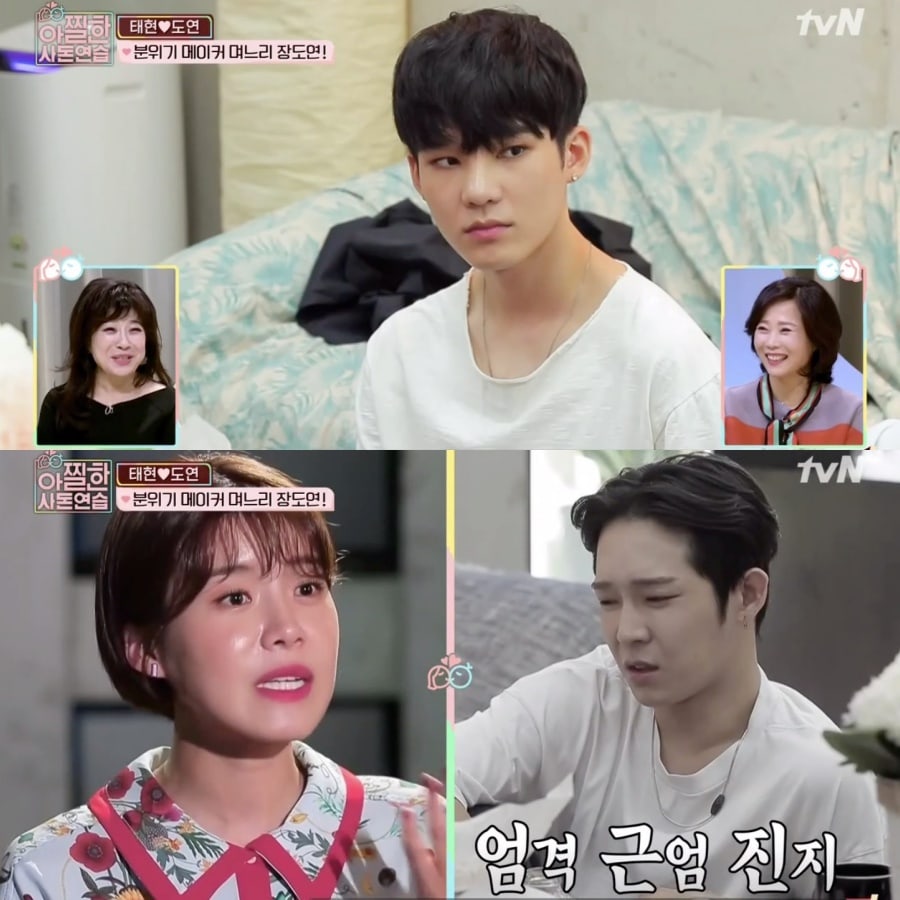 Jang Do Yeon then tried to get the brothers to interact more, suggesting a game that Koreans play to break the ice in which two people hold hands and share things the other person did that upset them, hard feelings that they have, or just anything they really want to say to each other.

The game started awkwardly, with Nam Tae Hyun almost scolding his brother. He said, “Pull yourself together,” and “You’ve been lazy at practice.” When Nam Dong Hyun explained that he feels he can’t truly show himself because he’s always with Nam Tae Hyun on TV, Nam Tae Hyun said, to the dismay of both Jang Do Yeon and Nam Dong Hyun, “I think it’s not very appealing how animated you are. That’s why I’m trying to keep you from showing it.”

But the two brothers also started to warm up to each other a little bit, sharing some things that they haven’t had the chance to say. Nam Tae Hyun said, “Seeing you today, you’re very mature, and it’s nice to see. If you keep it up like today, I’d like it a lot.” Nam Dong Hyun also opened up to his brother, saying, “When you’re teaching me, I’d like it if you spoke in a nicer way.”

When Nam Tae Hyun told his brother that he would understand when he’s older, Nam Dong Hyun said that he understands now, and added, “I’ll do better from now on.” 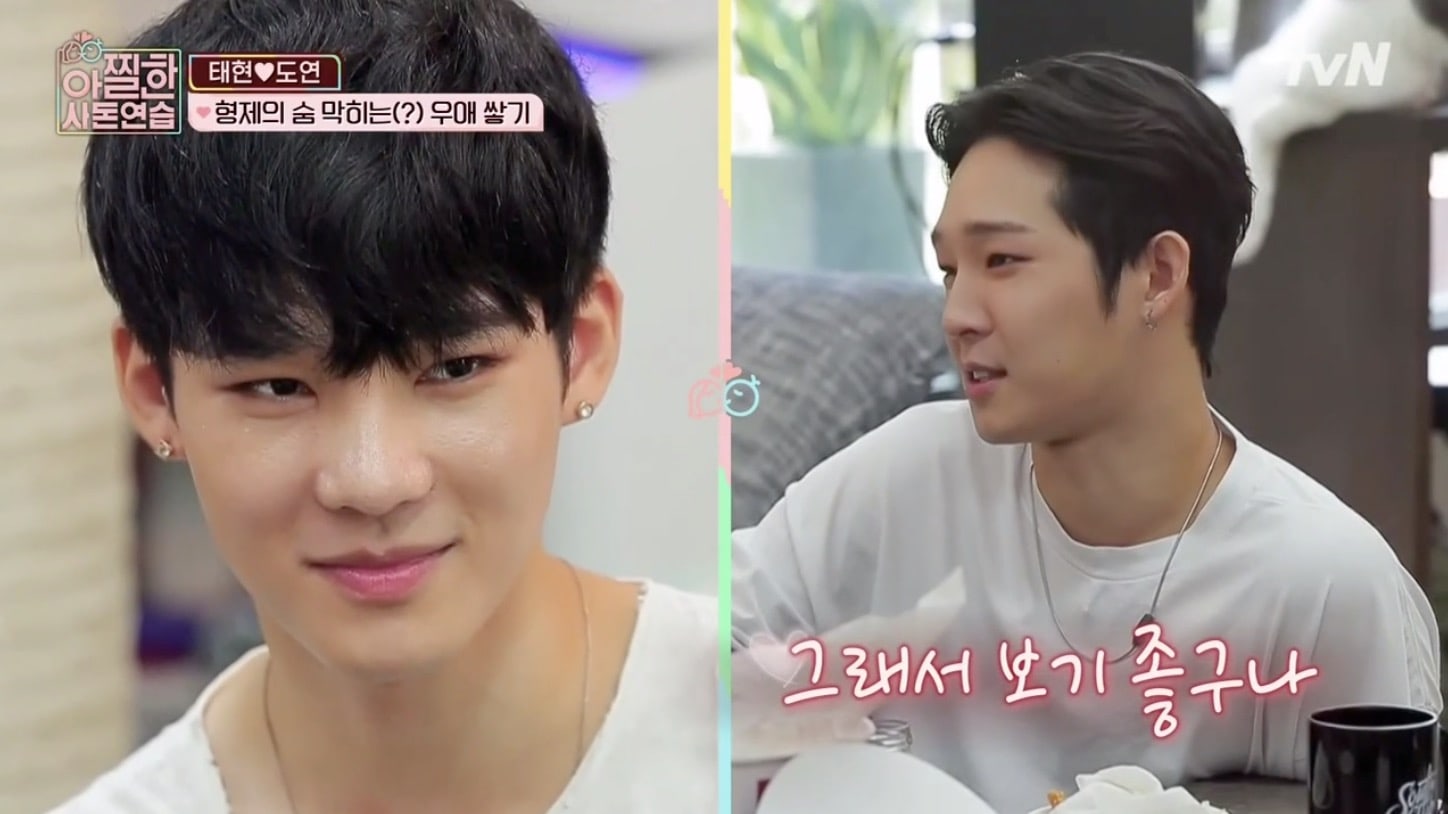 Later, in an interview, Nam Tae Hyun said, “It was comfortable today because [Jang Do Yeon] was there. It was different from what it’s like with the [South Club] members. My mom is really going to like [Jang Do Yeon] for this, because her only wish in life is for me and my brother to get along.”

The three then looked through a family album together, and even took some photos of their own to add to the collection. 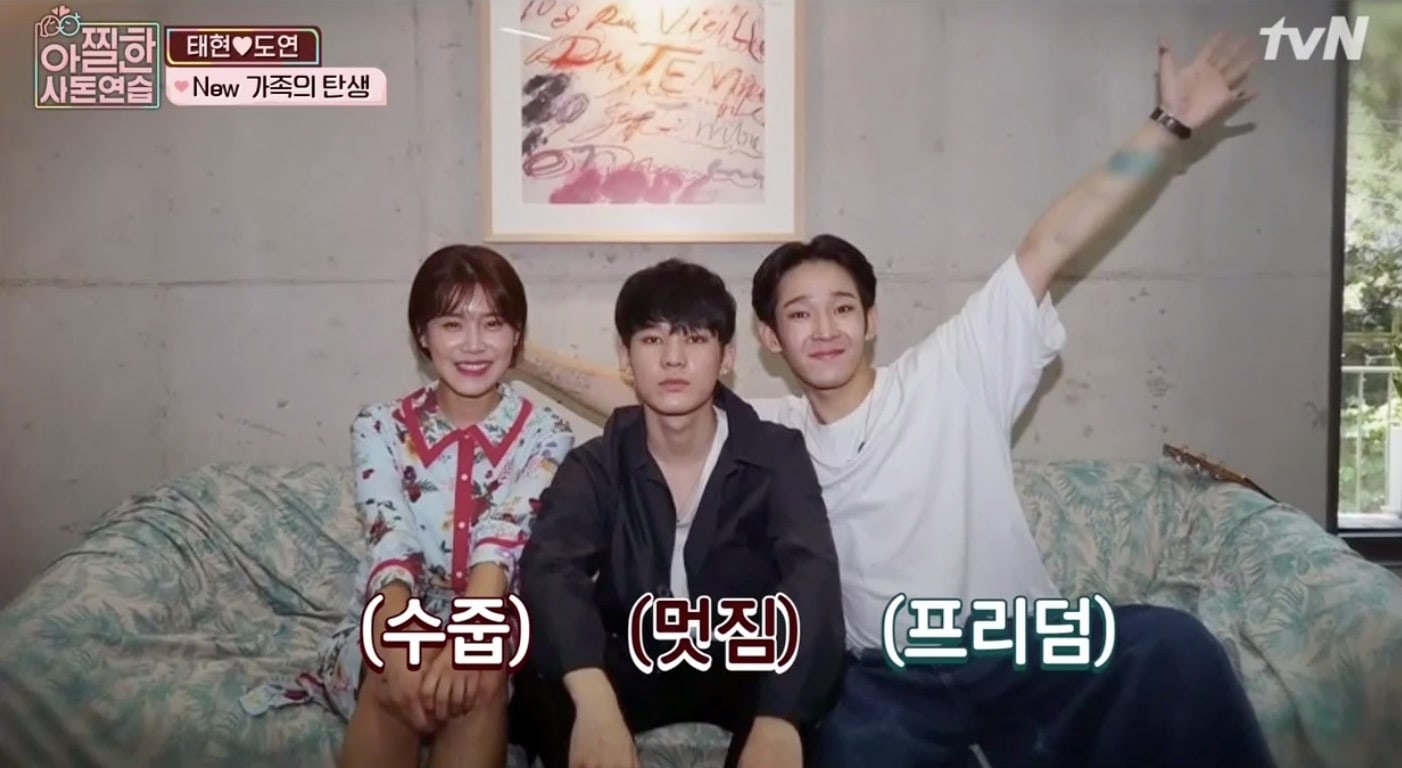 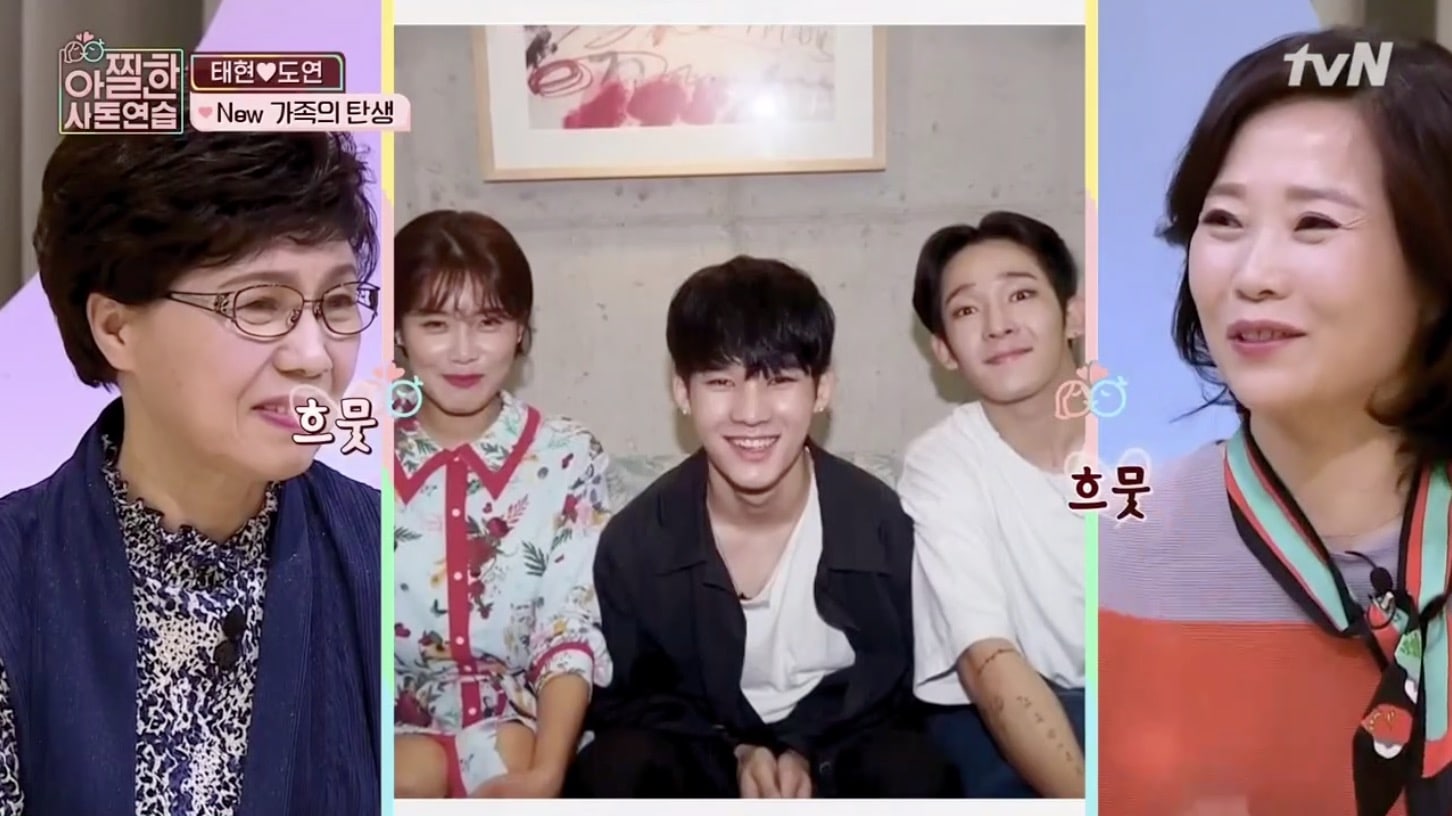 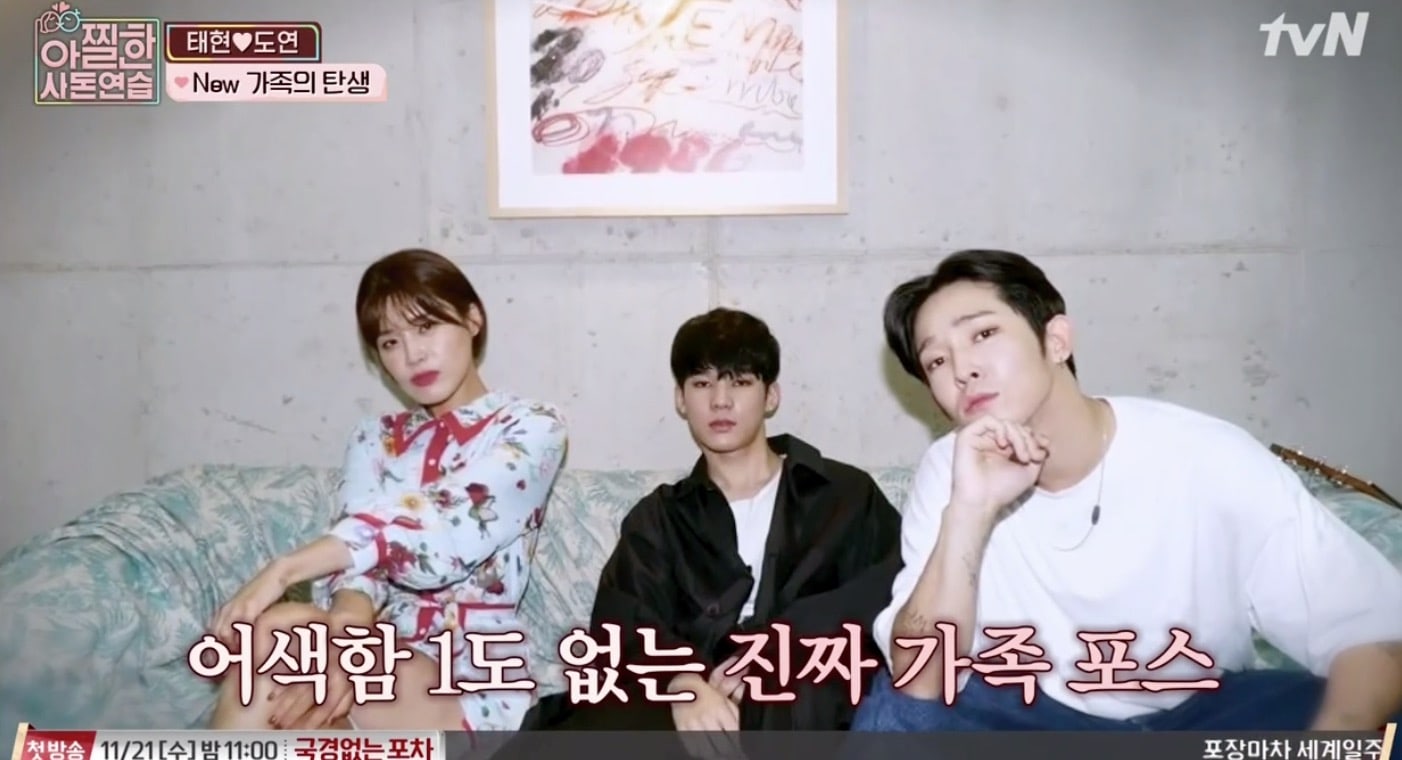