TWICE appeared on this week’s broadcast of KBS2’s “Entertainment Weekly” and talked about their latest comeback with “YES or YES.”

When asked what Park Jin Young said about the comeback, TWICE said their leader Jihyo got a call from him, asking the group to tweak the choreography for the part in the song where TWICE sings “yes or yes.” Originally, the members held up okay signs by their shoulders, but Park Jin Young told them to do so next to their faces. 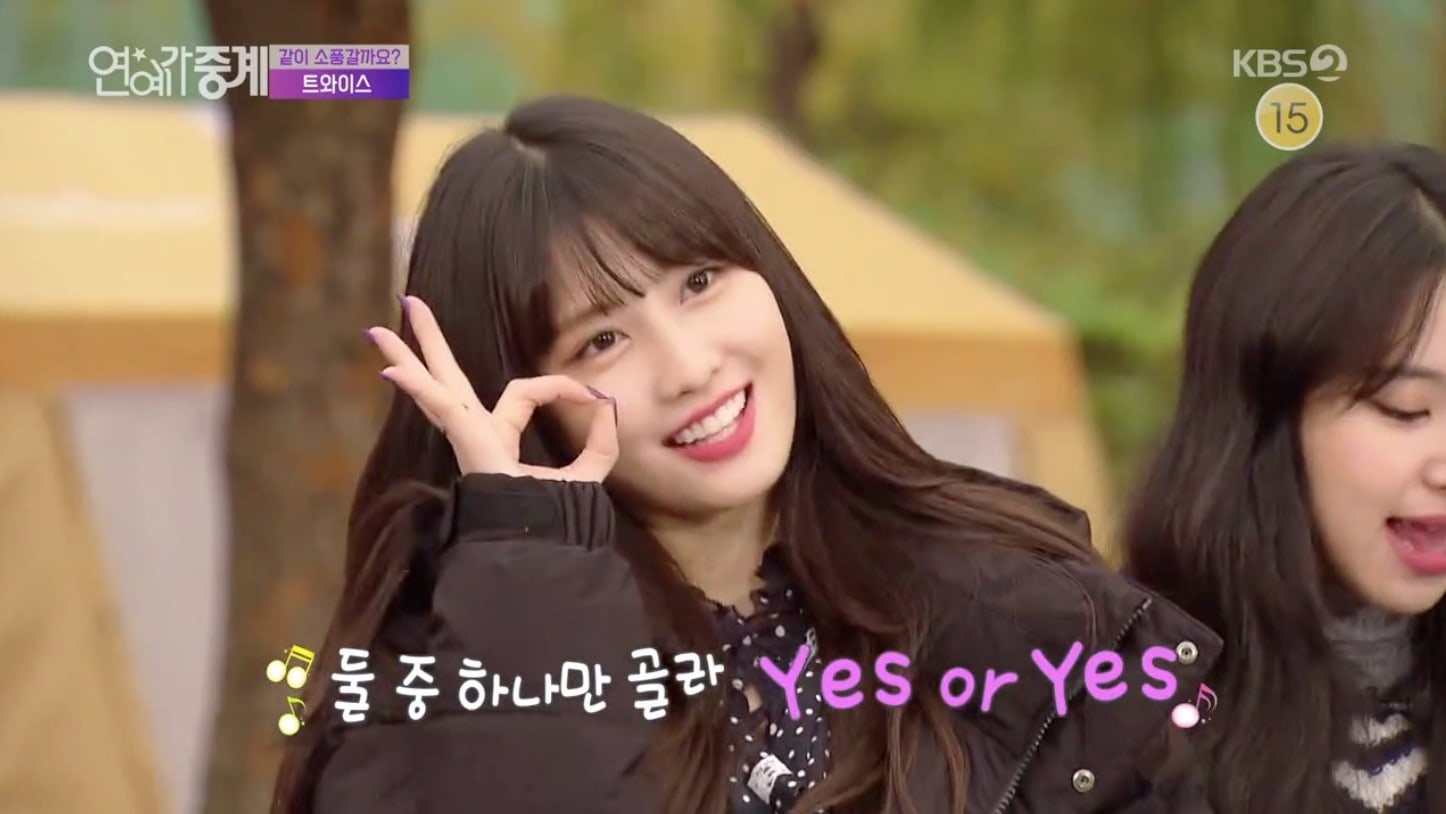 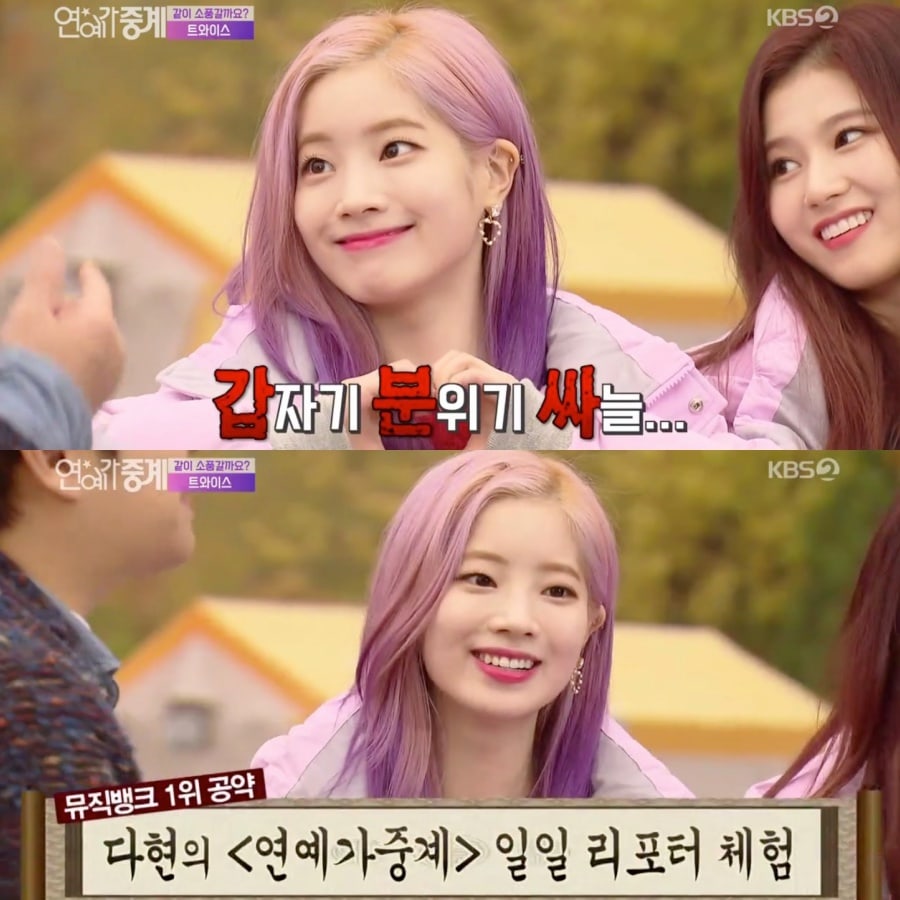 Taking a break mid-interview, Dahyun and Sana quietly stepped off-camera to get a cake and a poster with messages that the group prepared as a surprise for Momo’s birthday.

Momo said, “This is the first time I’ve gotten a letter from the members. I love it. Thank you.” 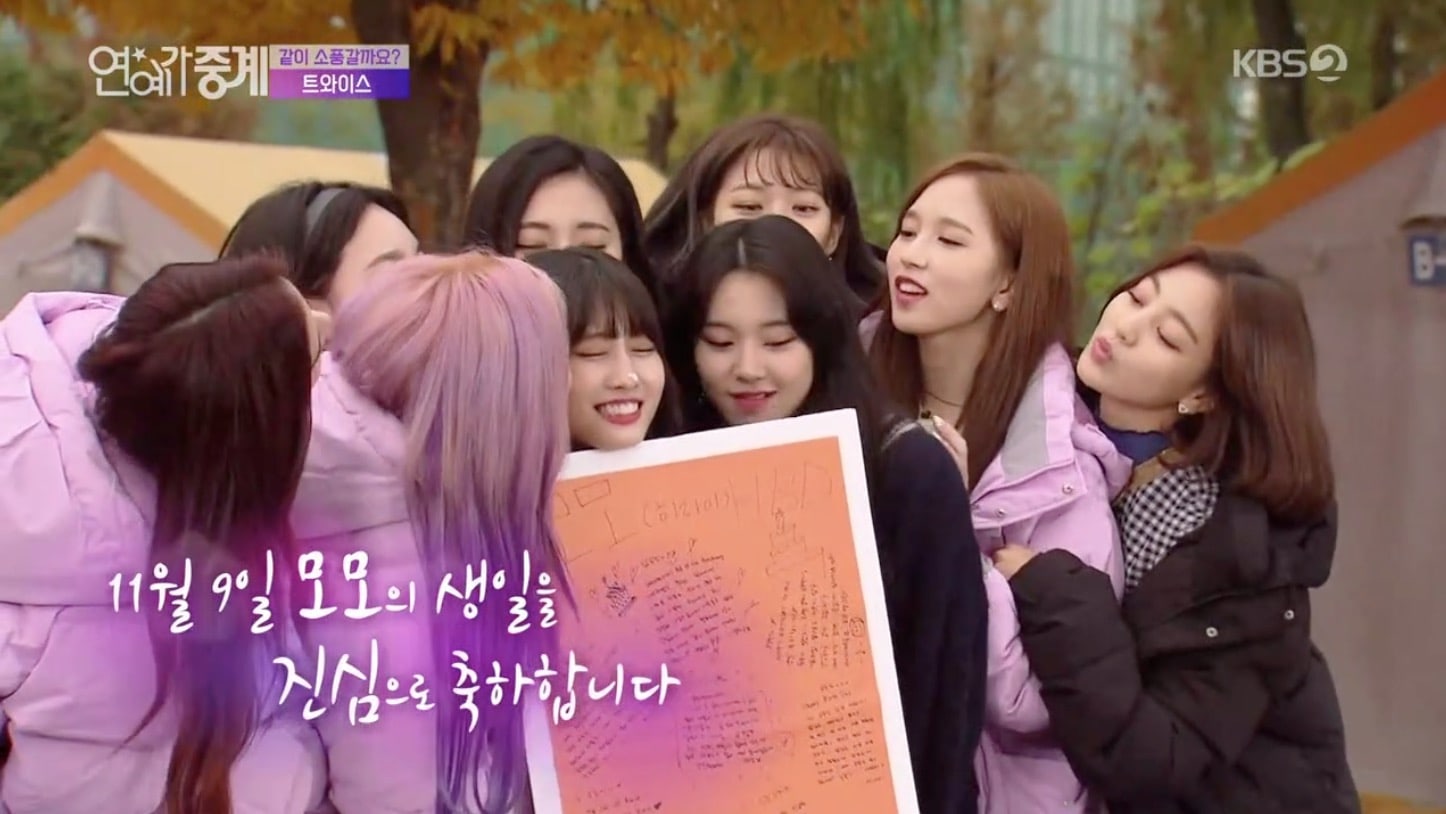 TWICE
Entertainment Weekly
How does this article make you feel?