Gong Hyo Jin had a witty way to describe just how scary her new film is!

On November 9, KBS’s “Entertainment Weekly” aired an interview with Gong Hyo Jin, Kim Ye Won, and Kim Sung Oh for their new film “Door Lock.” The film follows the story of Jo Kyung Min (Gong Hyo Jin), a single woman living alone who is driven to fear for her life when she begins to uncover traces of someone else inside her home.

Gong Hyo Jin is well known for her lovely characters in romantic comedies, and she was asked whether audience members could anticipate more of her signature sweet charms. To that, she replied, “There isn’t even a hint of loveliness in this film. I’ll be playing a single woman who is truly alone. The only person she can rely on is her neighborhood friend, Kim Ye Won.” 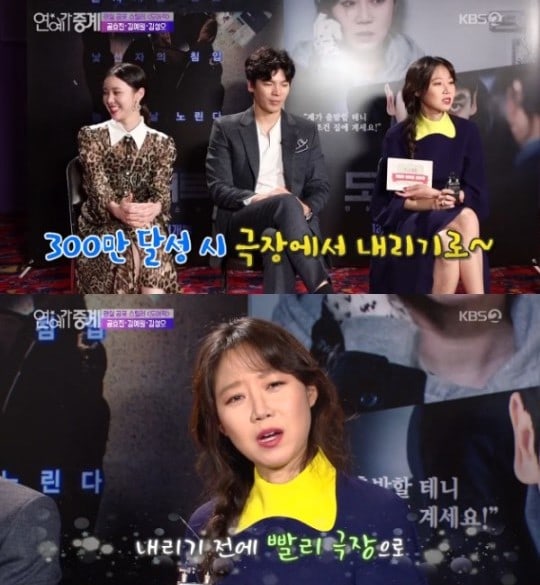 She also had a fun way of promoting the film as she joked, “The film is so scary that we’ve decided that only three million people will be able to see the film. If the number goes beyond that, we’re going to stop screening the film. So come see it before it’s gone.” Gong Hyo Jin also added, “It’s that scary of a film. If you get too scared watching it, feel free to DM (direct message) me.”

“Door Lock” is set to open in theaters on December 5.

Entertainment Weekly
Gong Hyo Jin
How does this article make you feel?