Kim Sae Ron appeared on JTBC’s “Ask Us Anything” on November 10 and opened up about her experience being bullied when she was younger.

While the actress was talking about her experience growing up as a child actor, Super Junior’s Kim Heechul cautiously asked if she had been bullied because of her career.

Kim Sae Ron replied, “It was in elementary school. No one really knew I was an actress because the films I worked on weren’t for younger audiences, but then ‘The Man from Nowhere‘ was a big commercial success. It was around that time that I moved schools. And the new kids at my school just saw me as a celebrity and not a fellow classmate, so I was bullied.” 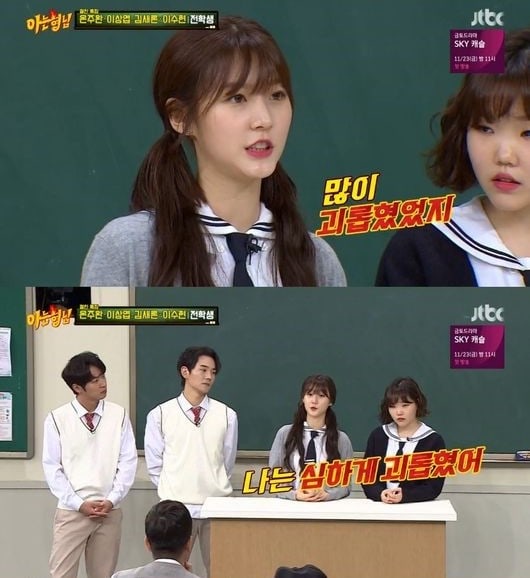 The cast was surprised to hear that and Kim Sae Ron explained, “The bullying was pretty intense. They’d write curse words and mean things about me in playgrounds and on the walls on the way home. They’d steal my shoes so I’d have to walk home barefoot. I’d get a call and go outside to see that no one was there, and when I invited everyone for a birthday party, no one showed up.”

Kim Heechul then asked if she’d ever regretting becoming an actress as a result of the bullying, and Kim Sae Ron replied, “At first, it was really tough for me. But then I’d be sitting in the theater for my own film, and the moment I saw my name appear in the ending credits, I’d become overwhelmed with joy.”

Ask Us Anything
Kim Sae Ron
How does this article make you feel?