On November 10, Lee Sang Yeob, On Joo Wan, Kim Sae Ron, and Lee Soo Hyun were the latest stars to appear on JTBC’s “Ask Us Anything.”

Lee Soo Hyun said that it’s hard to learn how to write songs from her brother. “I’ve seen it many times with my own two eyes where he easily makes a song with a keyword,” said the singer.

She continued, “For example, he saw someone who was crossing their legs and thought that they’ll have uneven hips if they continue to cross their legs. So that’s how ‘Don’t Cross Your Legs’ was created.”

Min Kyung Hoon told her that Lee Chan Hyuk was probably able to create good songs because he wrote them while thinking about her voice. She then surprised the cast by revealing that her income still hasn’t caught up to her brother’s despite the fact that he’s currently not promoting while serving in the military. Alluding to her brother’s high royalties, she said, “I realized that a person needs to write songs and lyrics.” 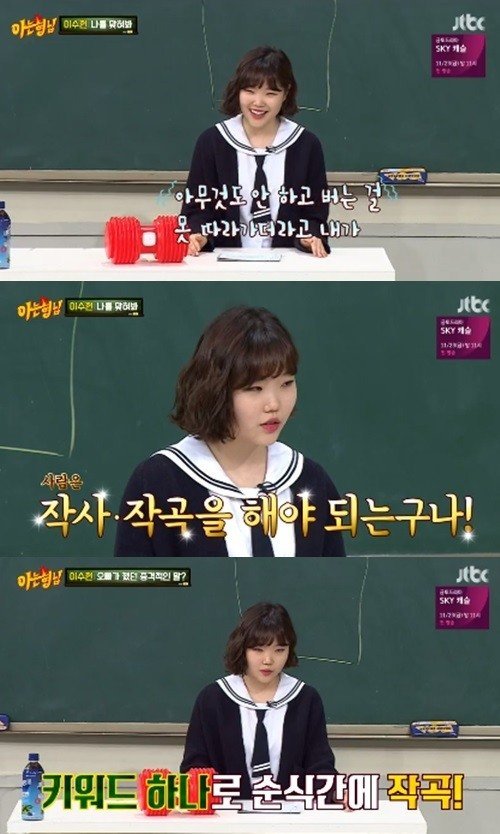