“Bad Papa” tells the story of a man who decides to become a bad person in order to become a good father. Kim Jae Kyung plays Cha Ji Woo, a tough police detective, while Jung In Ki plays Cha Seung Ho, her father.

The stills show a desperate scene of arrests where Kim Jae Kyung arrests her own father Jung In Ki. With feelings of betrayal and exhaustion, she enters her father’s home carrying handcuffs. He stands up to welcome her, but she refuses to look at him as she snaps the handcuffs around his wrists. Jung In Ki attempts to make an excuse, but Kim Jae Kyung won’t hear it. 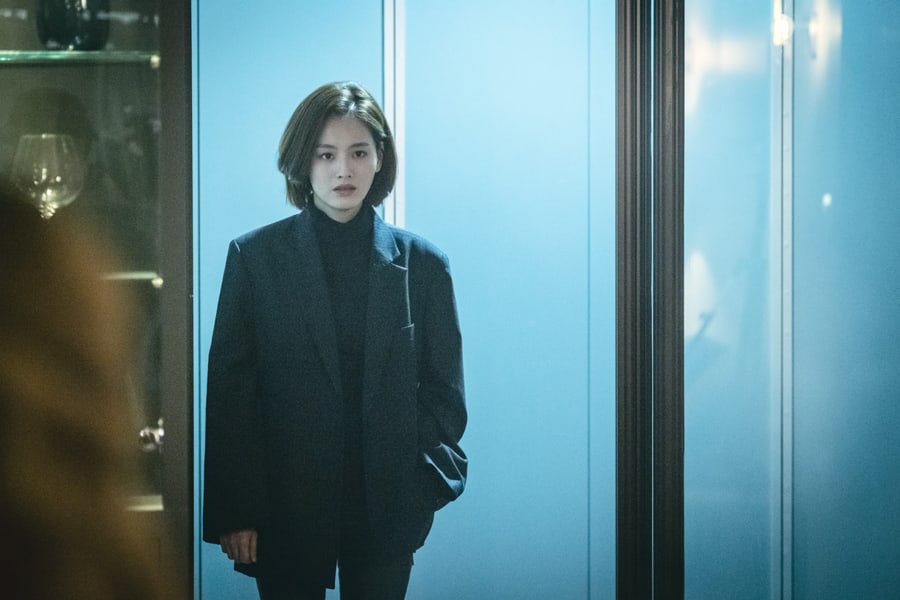 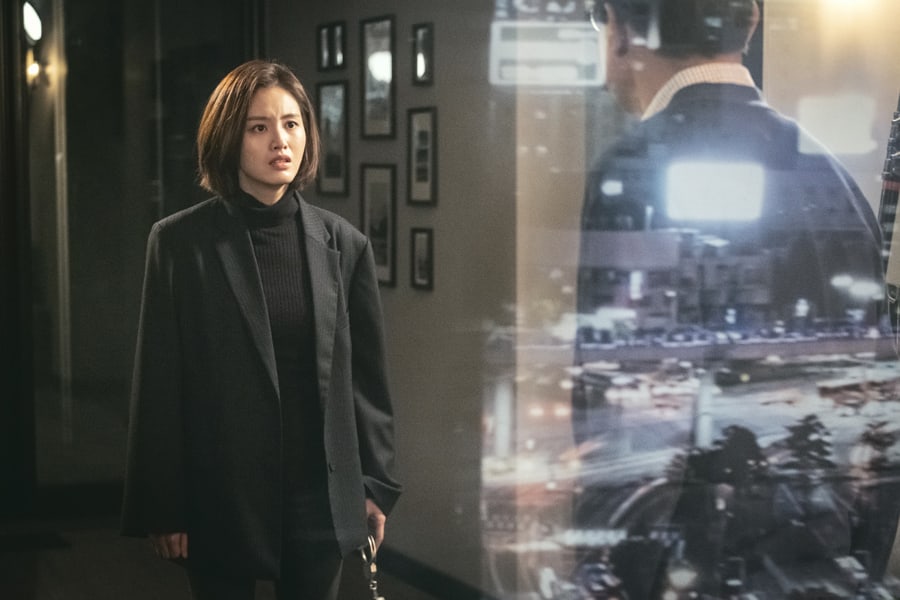 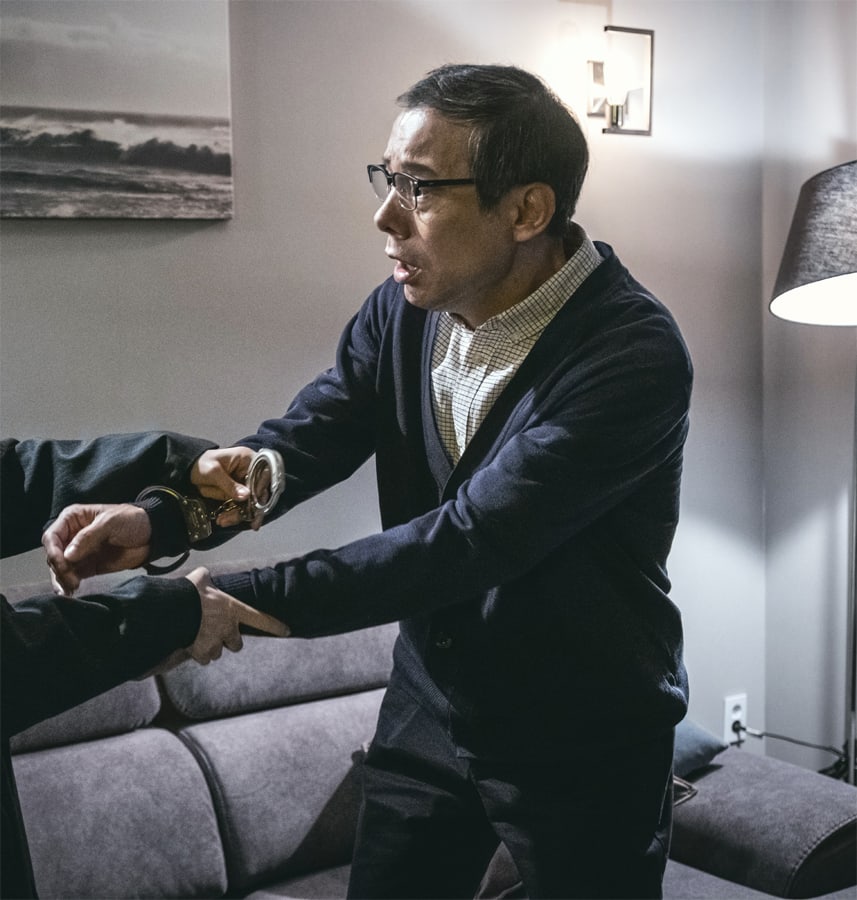 In the previous episode, Kim Jae Kyung worked hard on the investigation after finding out that an unidentified body was related to a “odd drug test,” and Jung In Ki concentrated on completing his research to repay those who died in the new drug test. As the daughter and father are linked as a pursuer and fugitive as well as a police and suspect, the viewers are curious what will happen to them.

This scene was filmed at a set on November 6 at Yongin City in Gyeonggi Province. During the emotional scene, the two actors and production crew remained silent and carefully prepared for the shooting. Kim Jae Kyung and Jung In Ki were able to film the intense tragedy with overwhelming sadness and passionate acting.

The production crew praised their acting, saying, “Among the various father-daughter relationships featured in ‘Bad Papa’, Cha Ji Woo and Cha Seung Ho portray a tragic relationship where they are caught in a tangled situation. Please look forward to how their fate will play out.”

Watch the latest episode of the drama here:

Kim Jae Kyung
Bad Papa
Jung In Ki
How does this article make you feel?