SHINee’s Minho and Si An continued their adventure on KBS 2TV’s “The Return of Superman.”

On November 11, the cast continued their trek up Baekdu Mountain for the fifth anniversary special.

The children and their dads walked up 1,300 steps to reach the peak of Baekdu Mountain, which can only be seen 45 days out of a year due to frequent weather changes. Because Lee Dong Gook couldn’t accompany his son on this trip, Minho stepped in as Si An’s guardian.

The pair sat down to take a short break. When Si An said his legs hurt, Minho massaged his legs for him. Si An commented, “This feels great!” and made Minho burst into laughter. 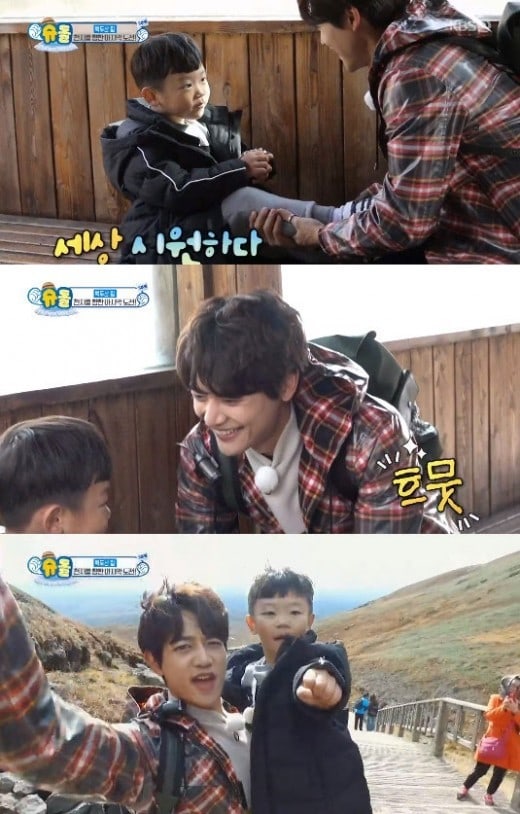 After walking up about 800 steps, Si An became tired. Showing his caring side, Minho said, “You get the chance to ride on my shoulders. Let’s walk up to the 1,000th step,” and carried Si An up.

Si An and Minho were the first ones to reach the top. When he saw the other family members approaching them, Si An told the SHINee member, “It’s a secret that you carried me.” Agreeing to keep this their little secret, Minho told the others, “Si An walked up on his own.” 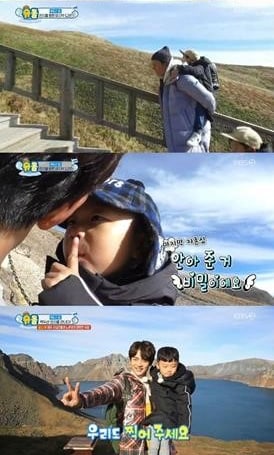 SHINee
The Return of Superman
Minho (SHINee)
Si An
How does this article make you feel?